Thursday was a busy day. We had one fitting, a new patient for John, another casting for a prosthesis and a check-up for a patient Chris saw last trip. Plus...continuing the fabrication process between seeing patients. 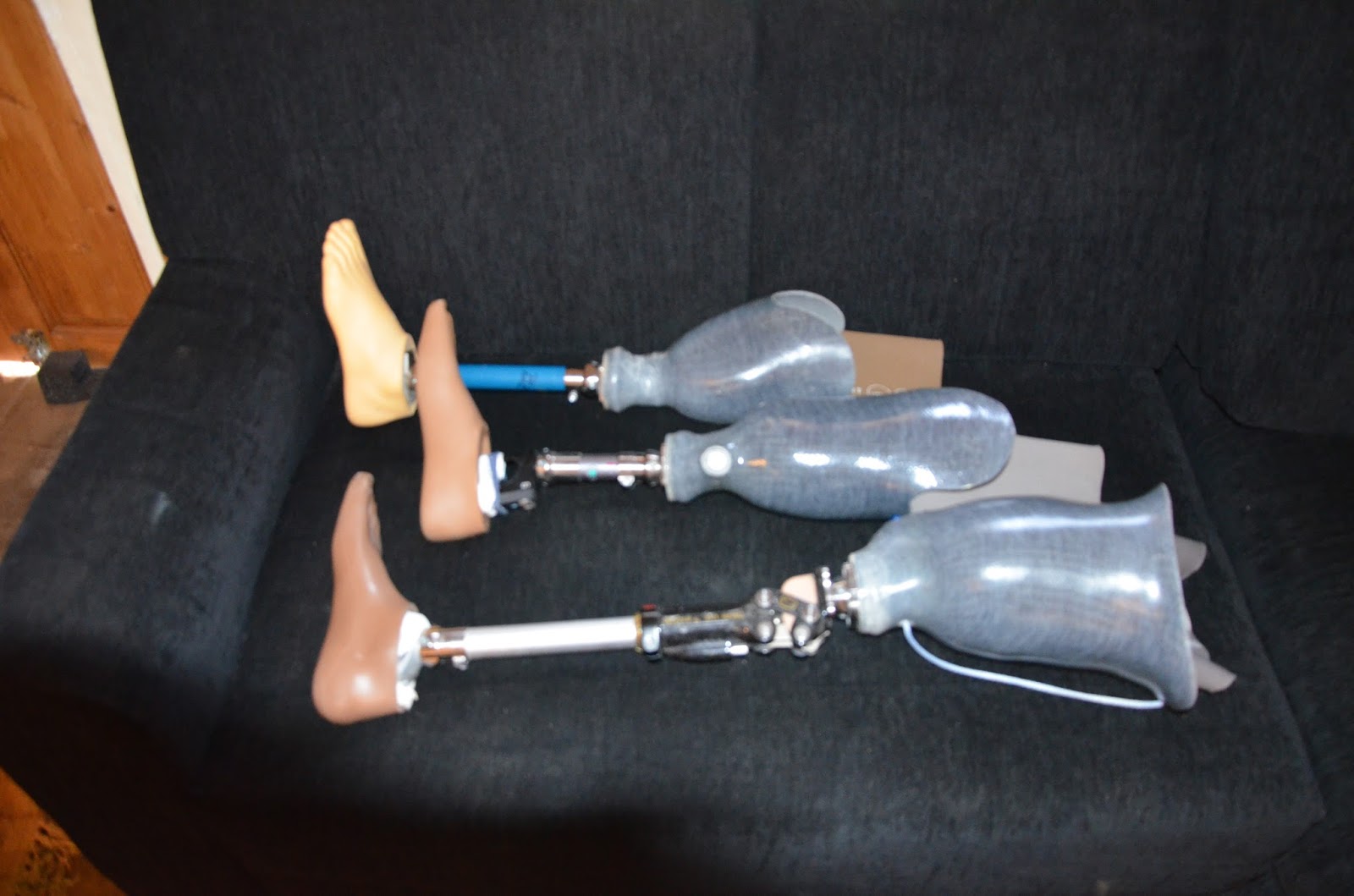 The couch somehow became our "finished product" place. The couch is right by the front door of The Ark. A few people walked in a were a bit startled by a stack of legs. :) 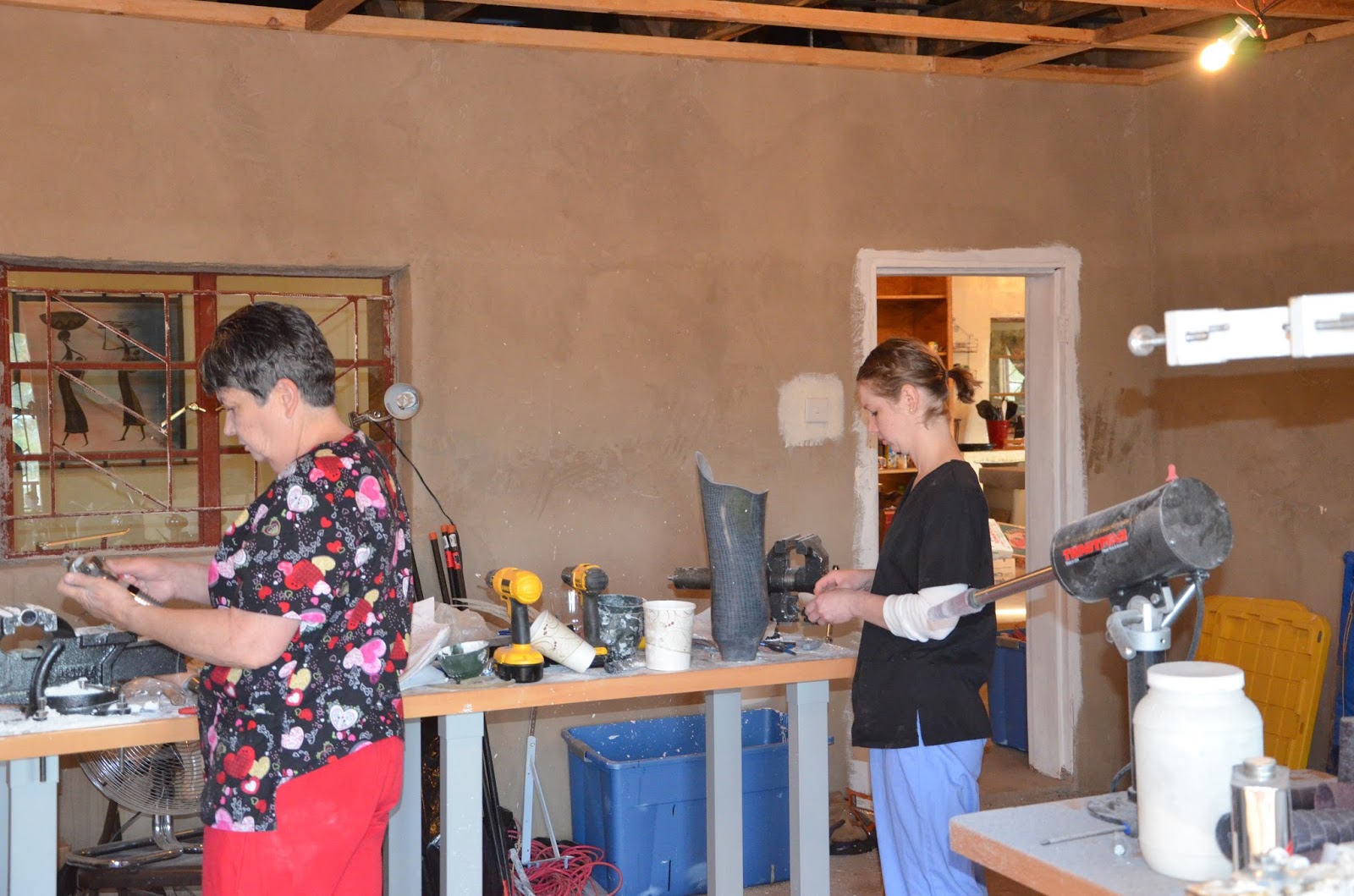 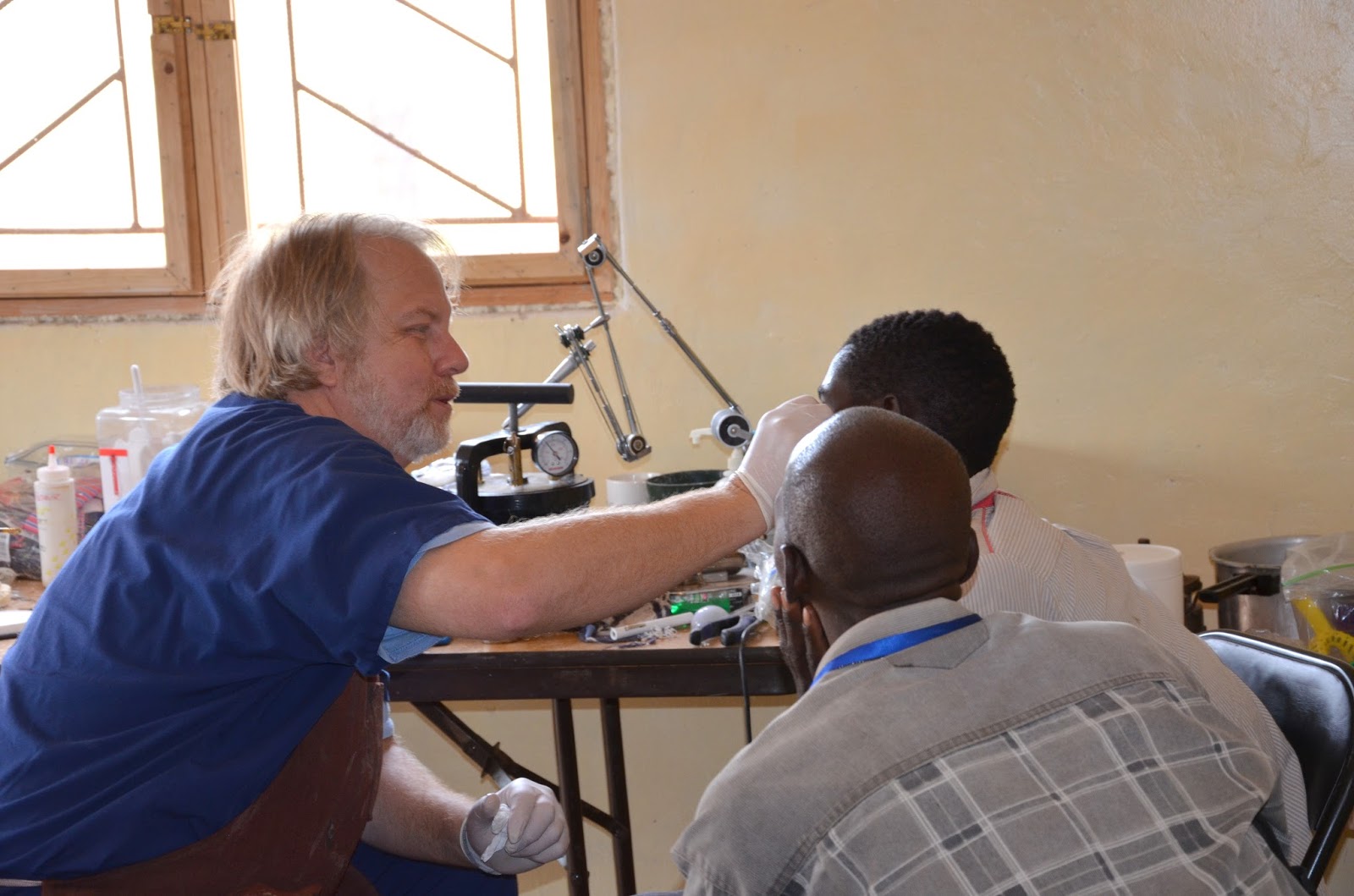 Here is John with the eye patient that the nurse from Choma hospital had contacted. 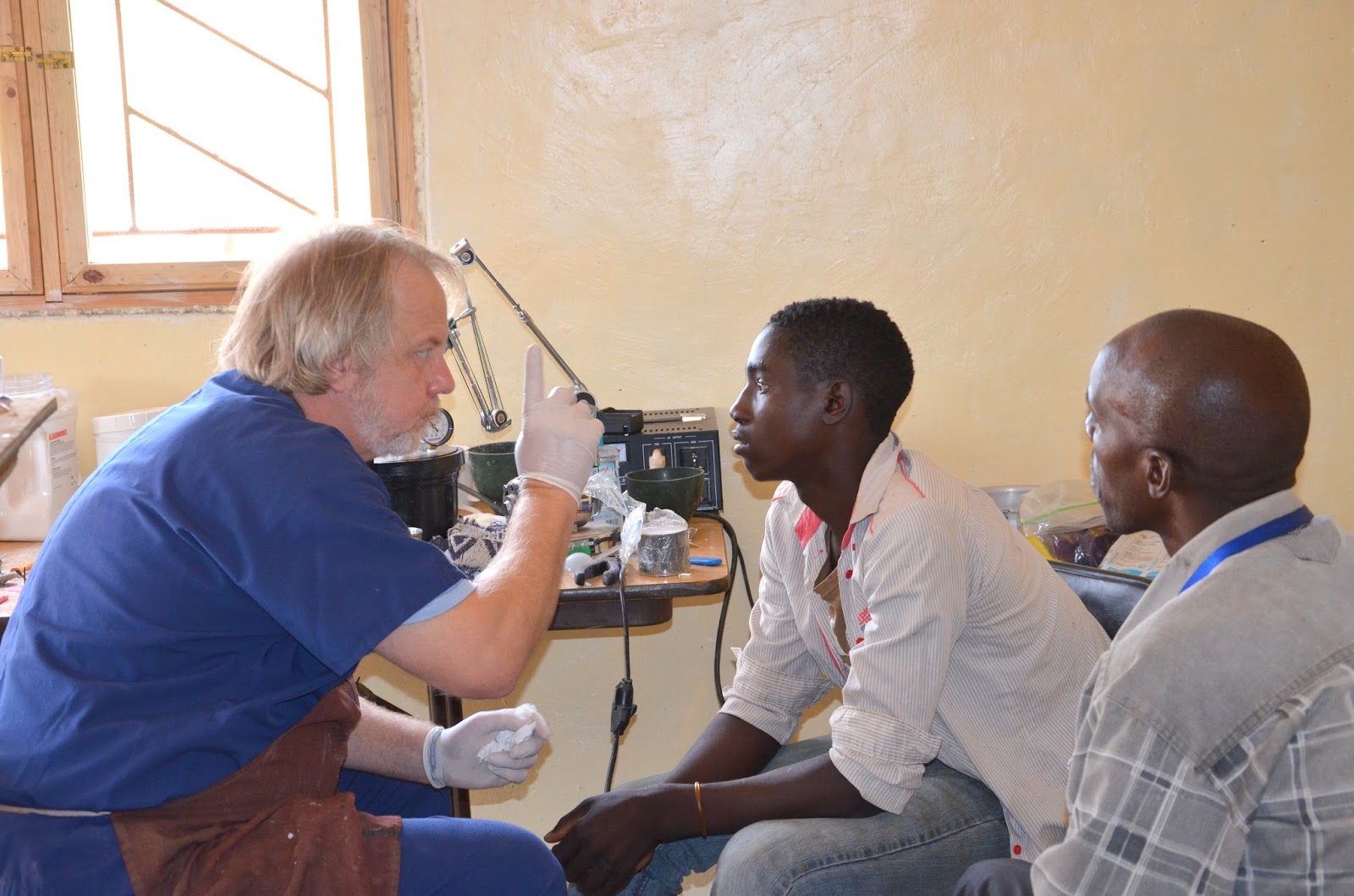 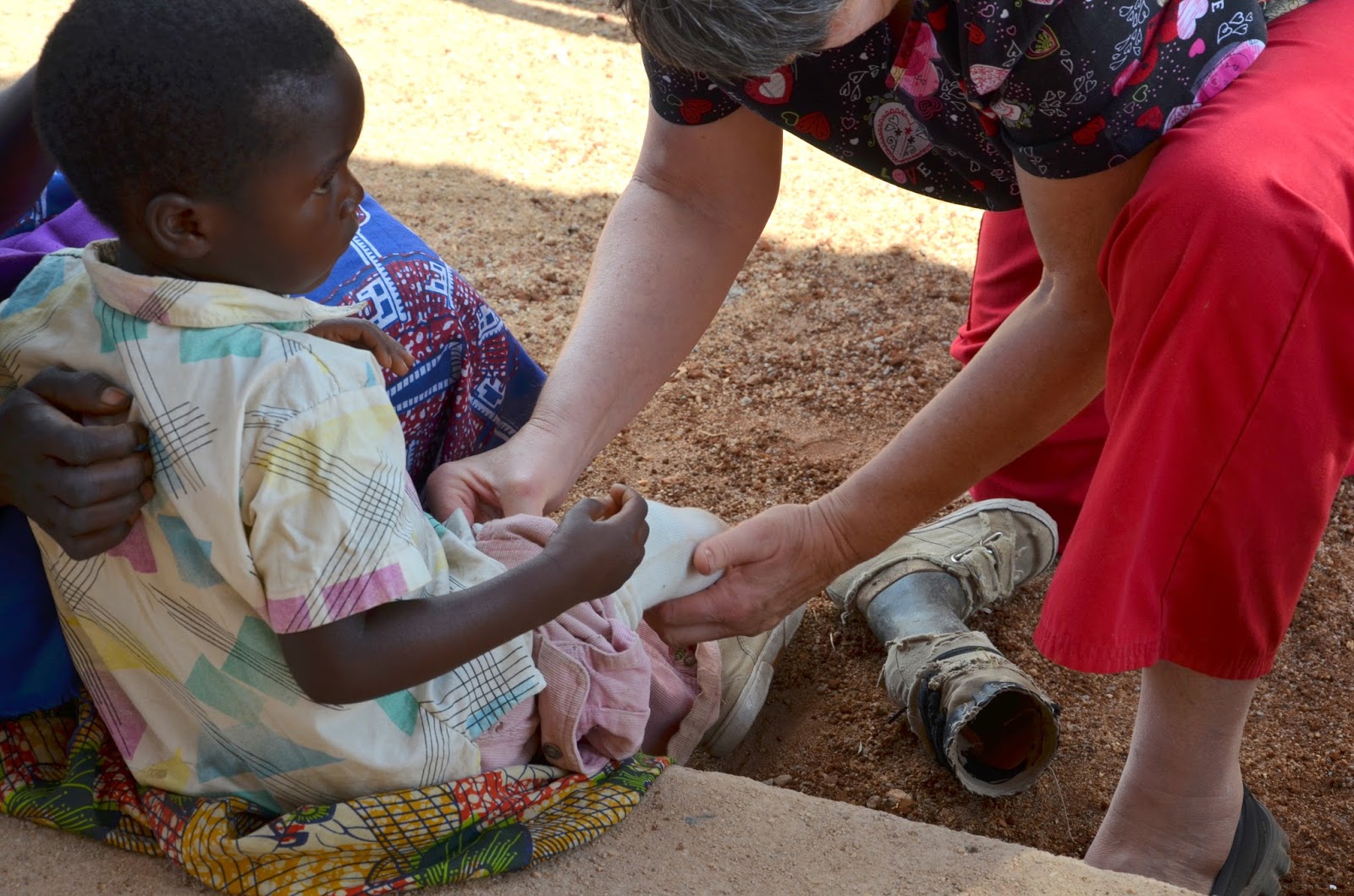 This is Luckson. Chris made him a prosthesis in 2012 (you can see it in this picture on the ground). The prosthesis is very worn and too short now since he has grown, so he definitely needed a new one. 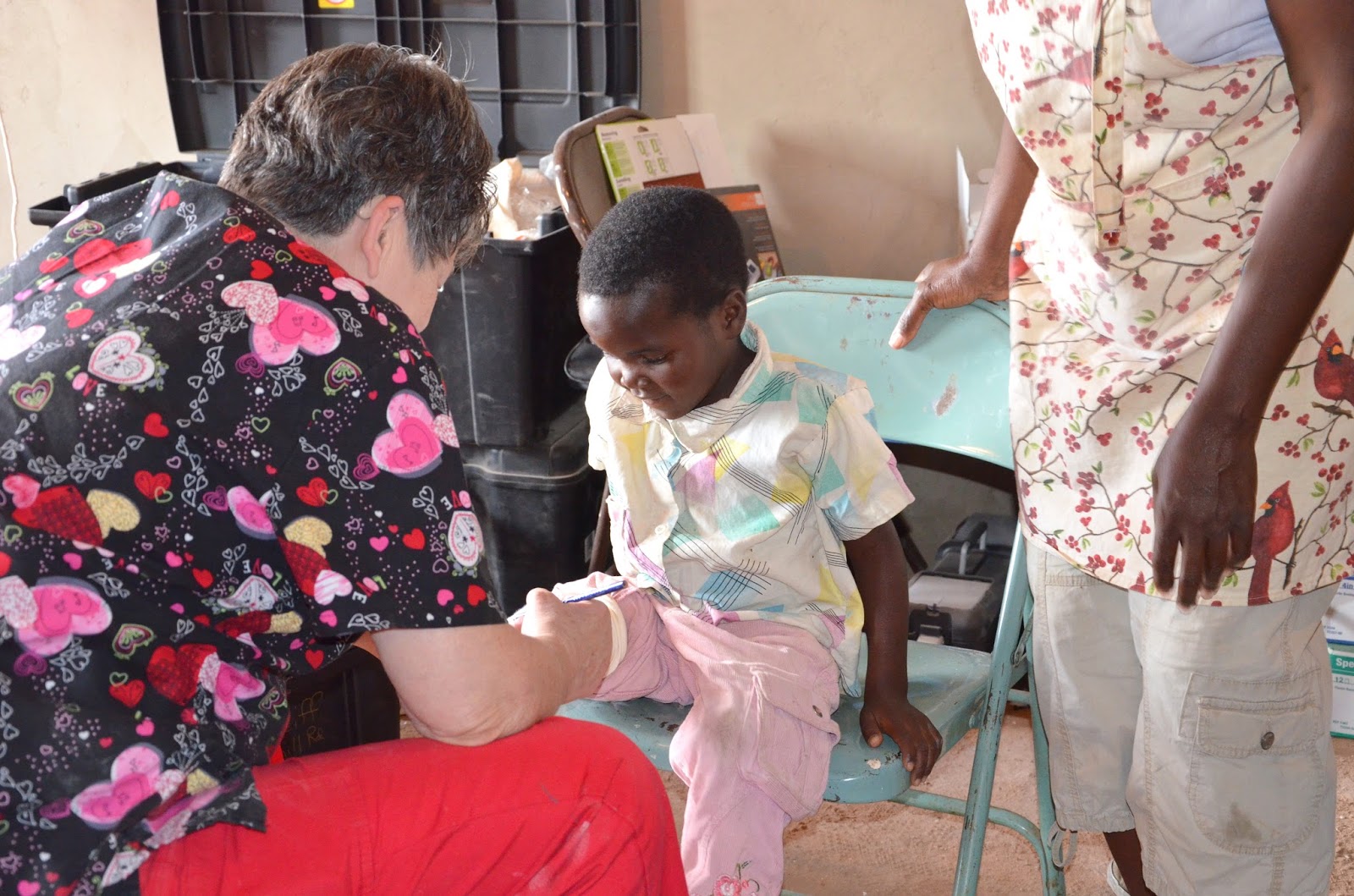 Luckson getting casted for a new prosthesis. Chris said he wasn't as timid as he was the first time, but he is still very shy. 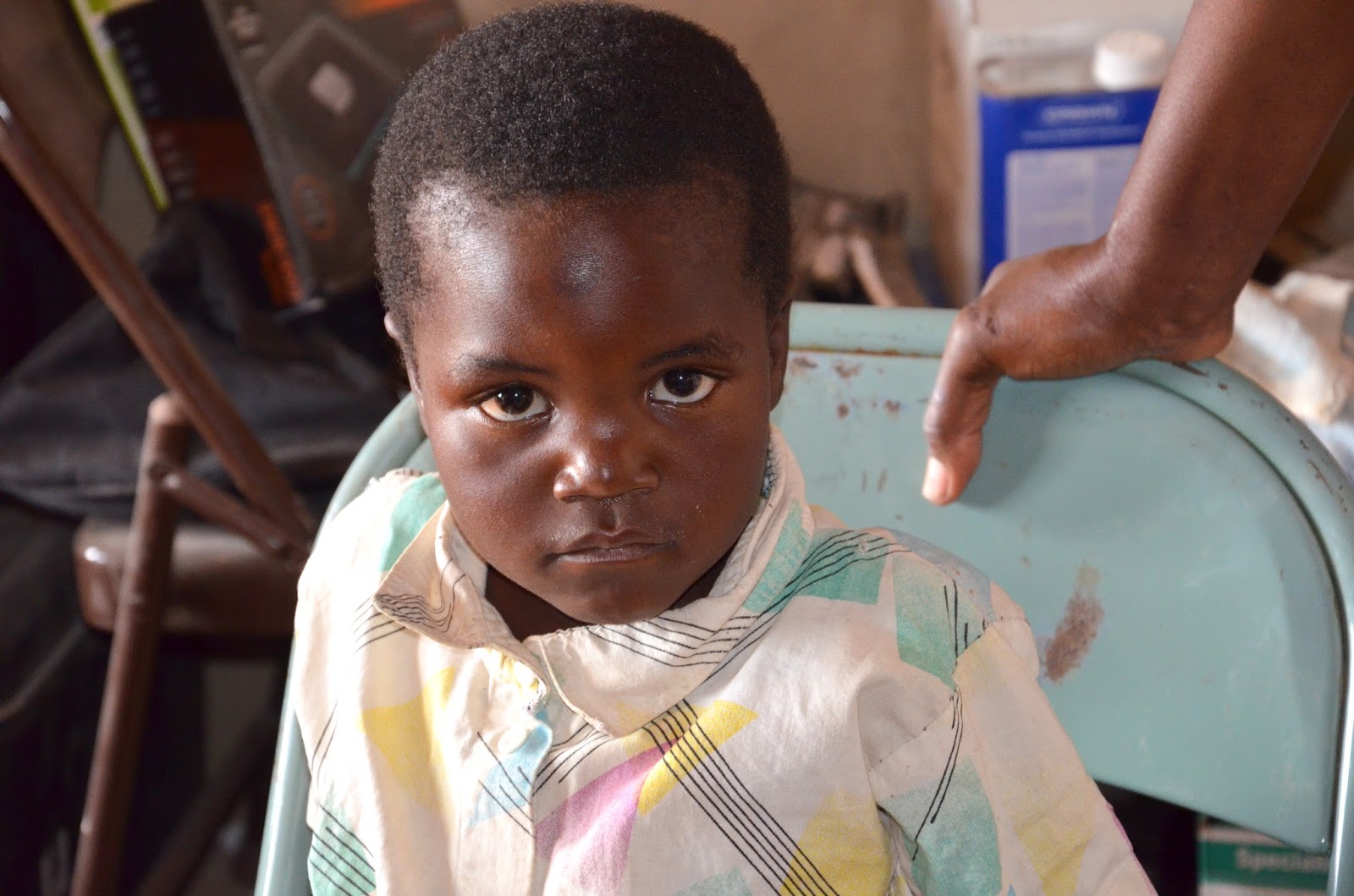 He is so solemn. I don't recall him smiling at all or saying a word during casting or fitting. You can see in this picture and the one above that he is wearing girl's clothes. Esther found out that his family changed him to his best clothes before he came to New Day to see us...and those are girl's clothes. He left with a big sack of pants and shirts that Chris' grandsons had outgrown and she brought with us. 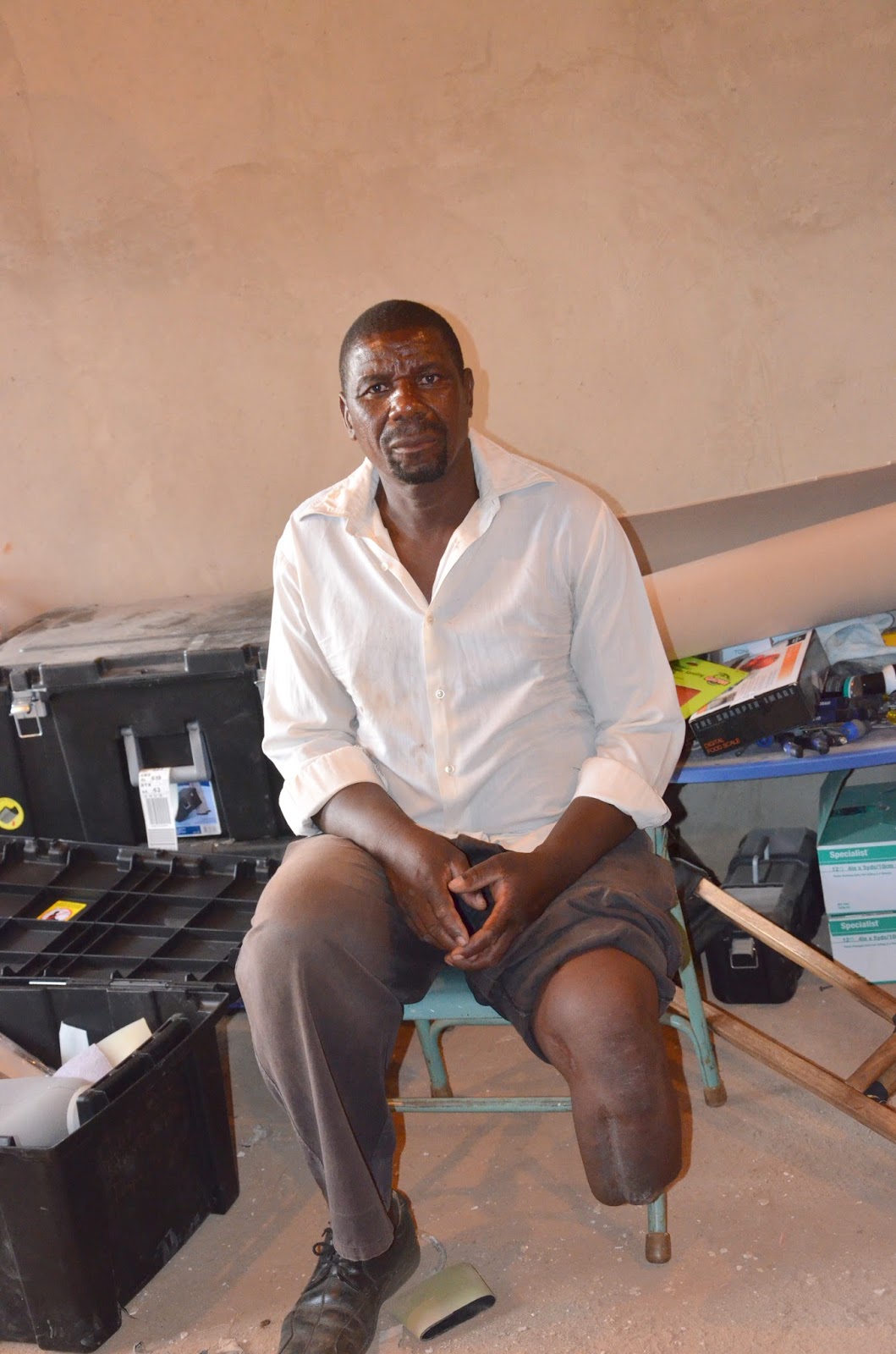 This is Boyce. Chris fit him with a prosthesis in 2012, and he came for a check-up and new supplies. His prosthesis was in good condition, and he is walking really well with it. He needed a new liner and socks. 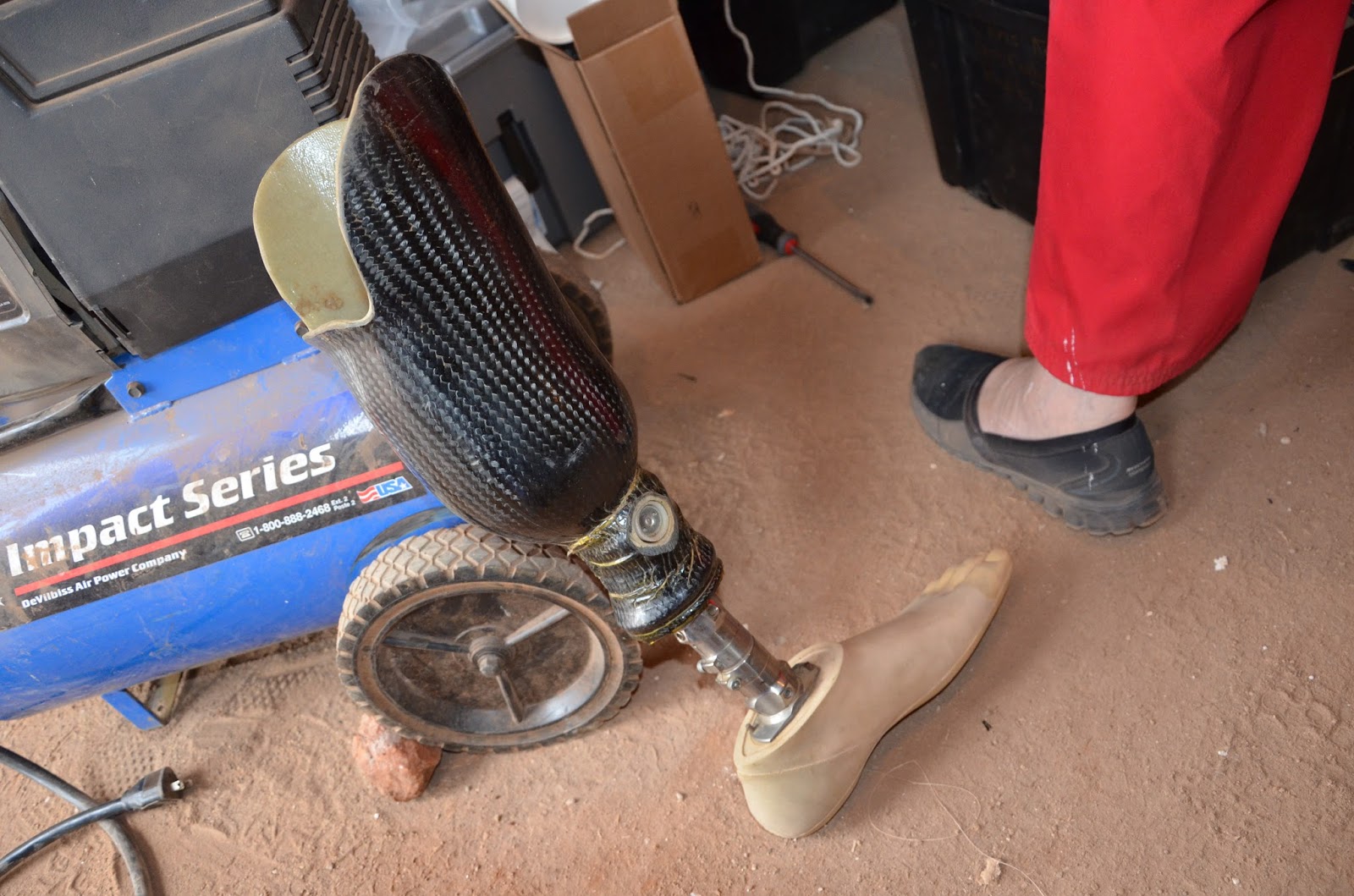 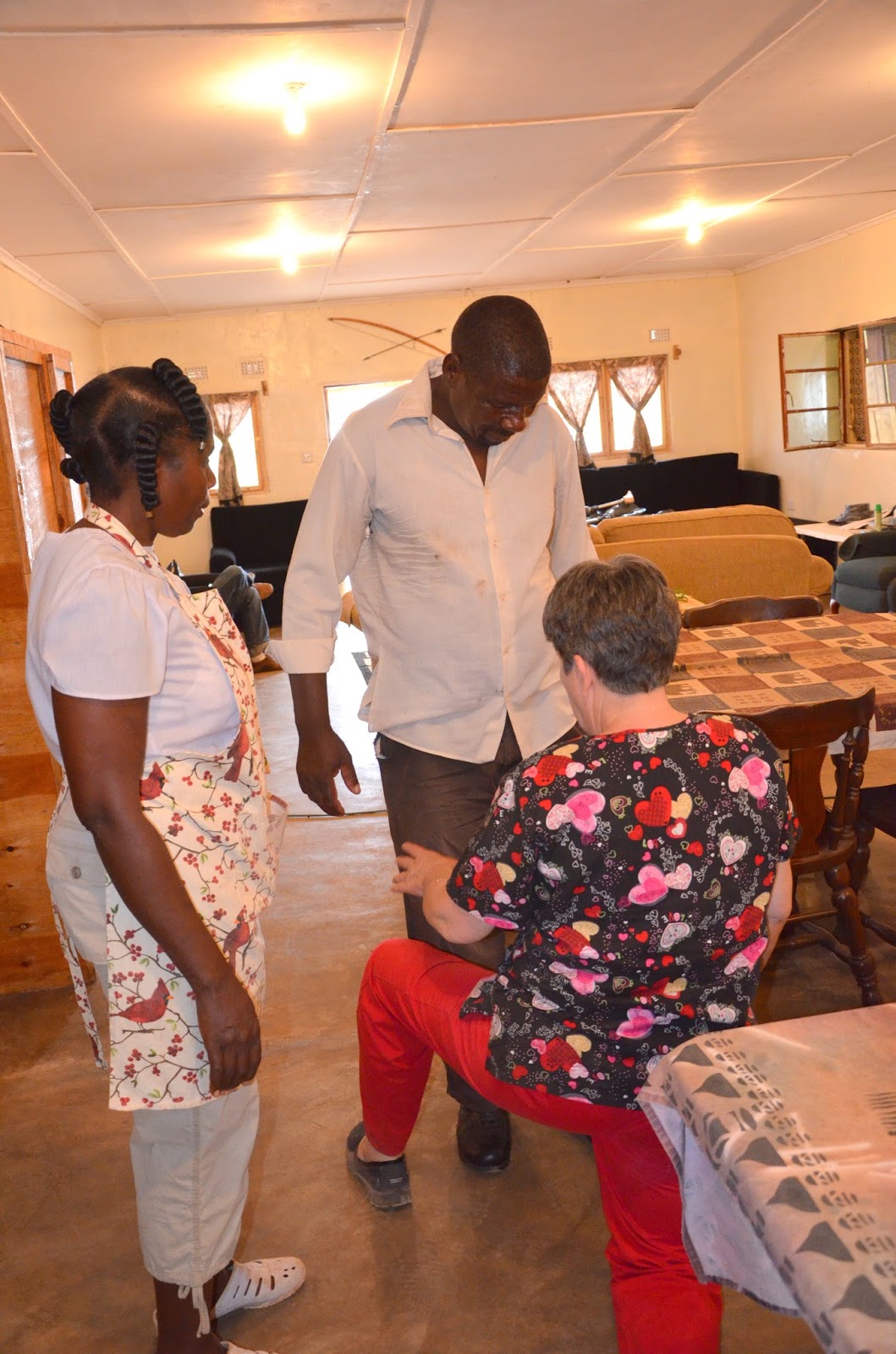 Chris doing a final fitting check for Boyce...and he just strolled right out the door. 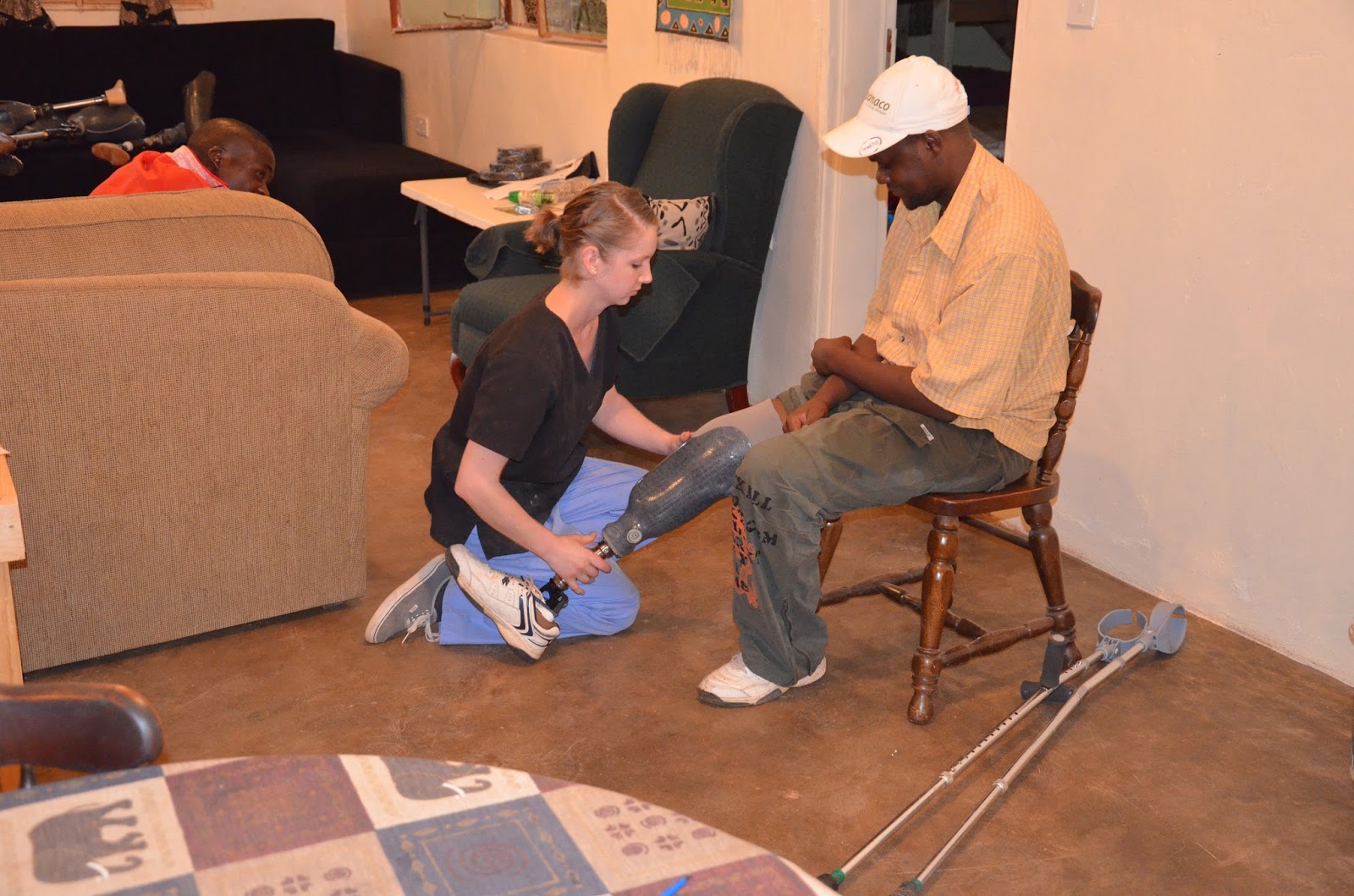 Here is Killon back for fitting (he's the one who spoke English). First, I did the fitting and showed him how to put on and take off the prosthesis. 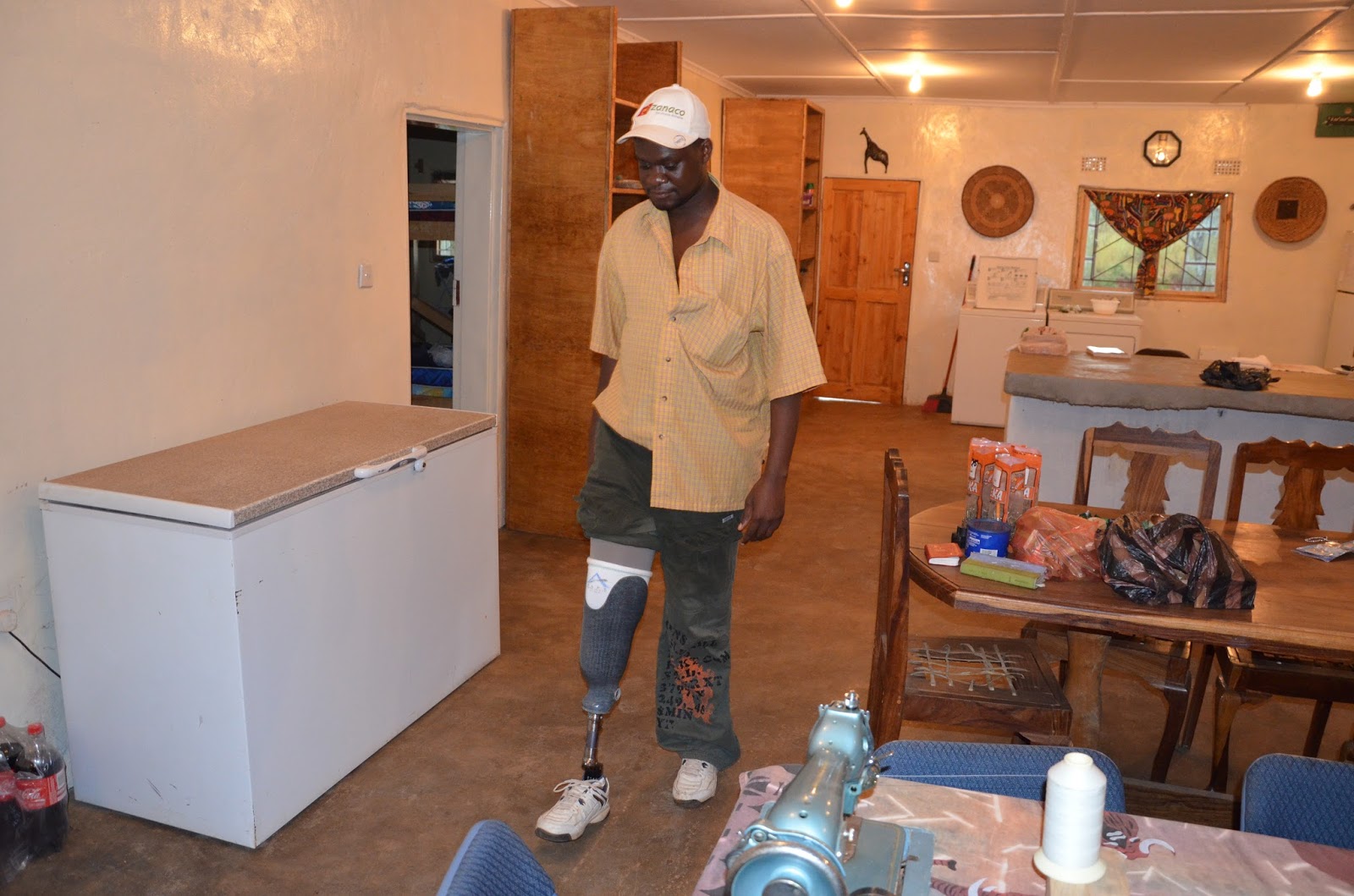 Giving him some lessons in how to walk with the prosthesis. 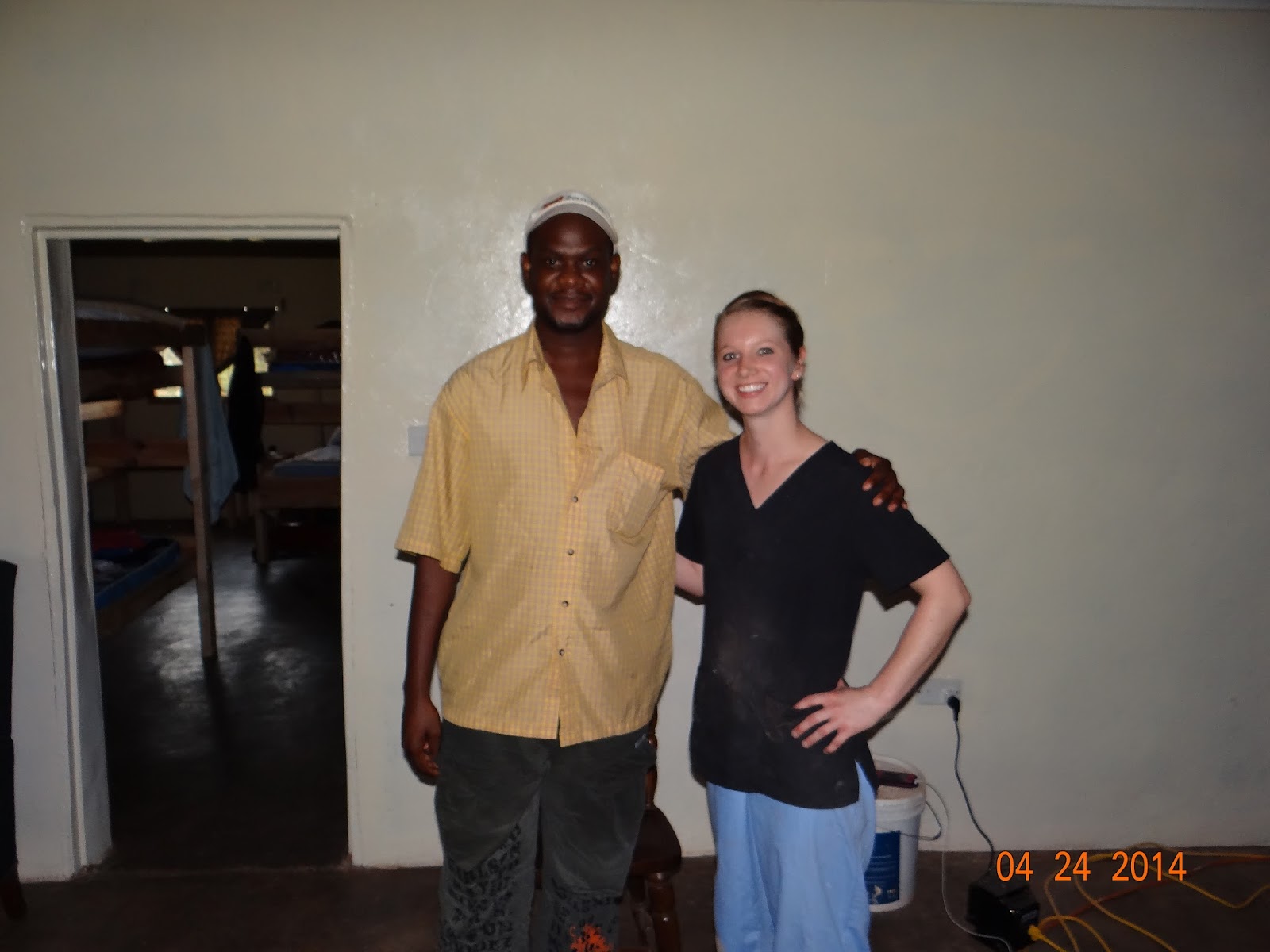 He quickly decided that he didn't need his crutches anymore. He did great! I had chosen a foot for him that is a higher activity level foot so that he can play soccer again if he wants to. When I told him that he could play football with that foot, he looked at me and said "Guarantee?!?" We both laughed, and I assured him that once he practices walking and running with the prosthesis that he can play again. Killon was so happy with his prosthesis. Hopefully he can get back to truck driving again. 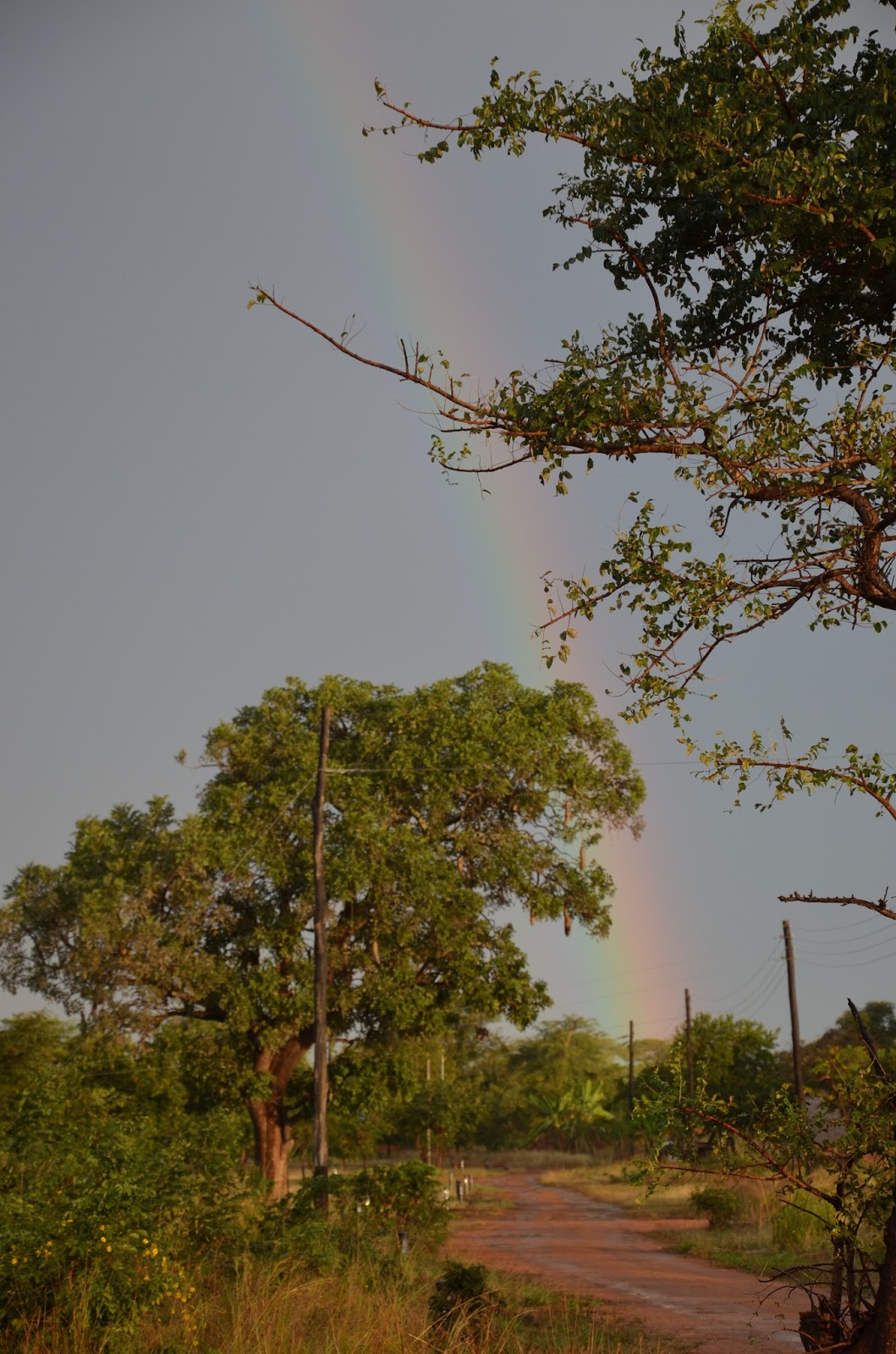 It rained on Thursday, which is apparently a little unusual since rainy season was supposed to be over. Got a beautiful rainbow to look at after the rain though. 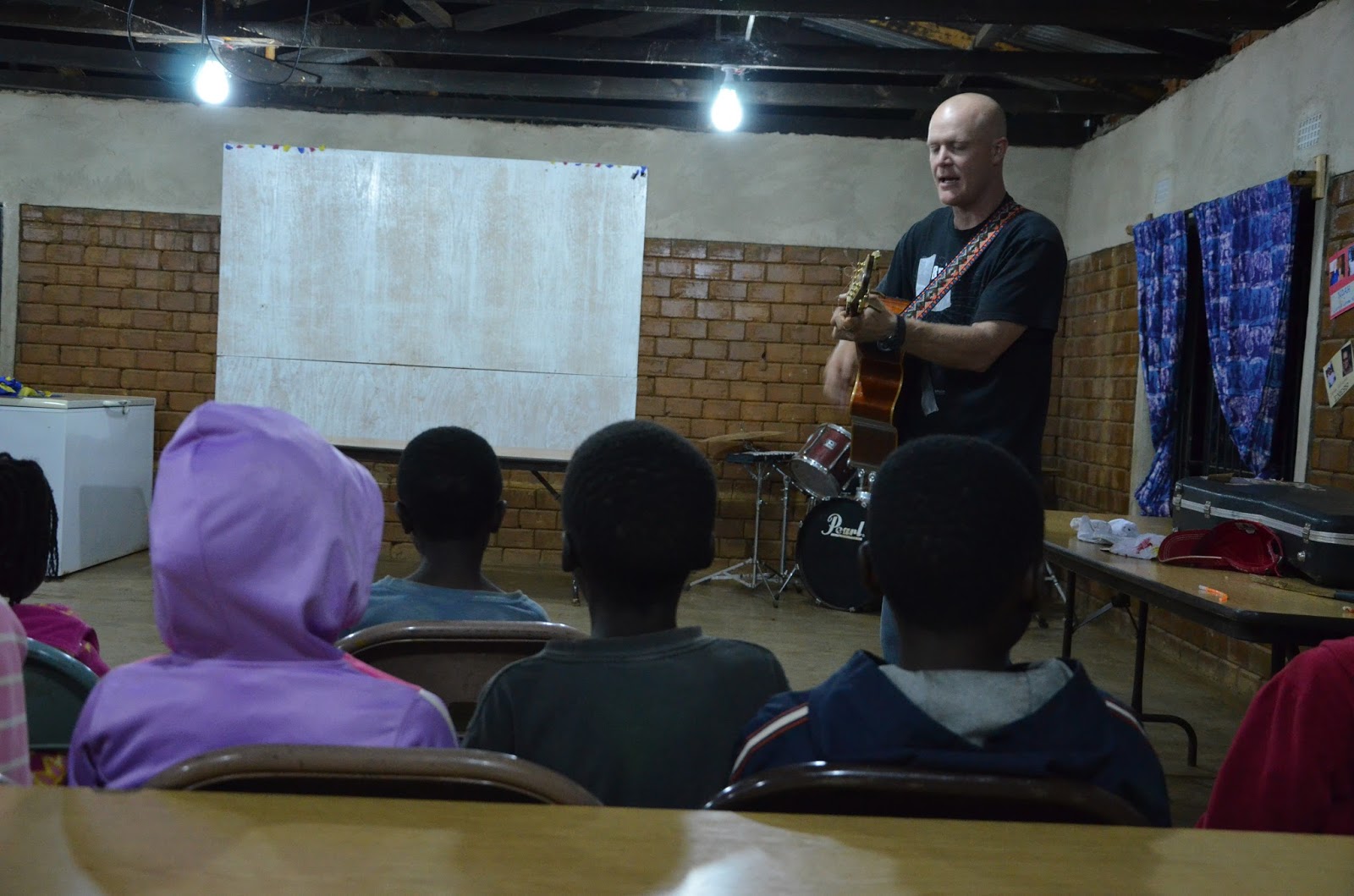 Thursday night was worship night at the dining hall. Blu played guitar for some fun songs. 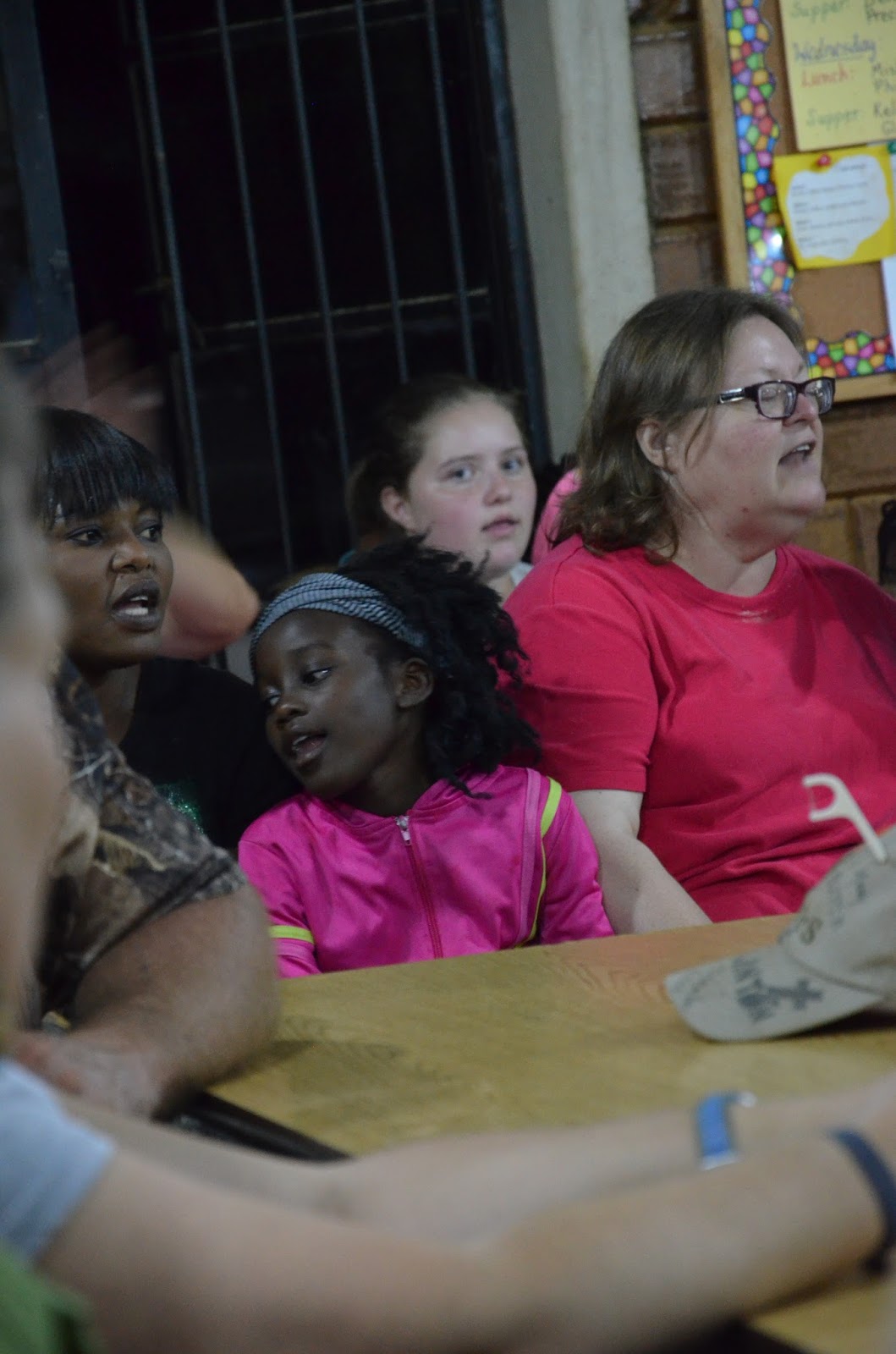 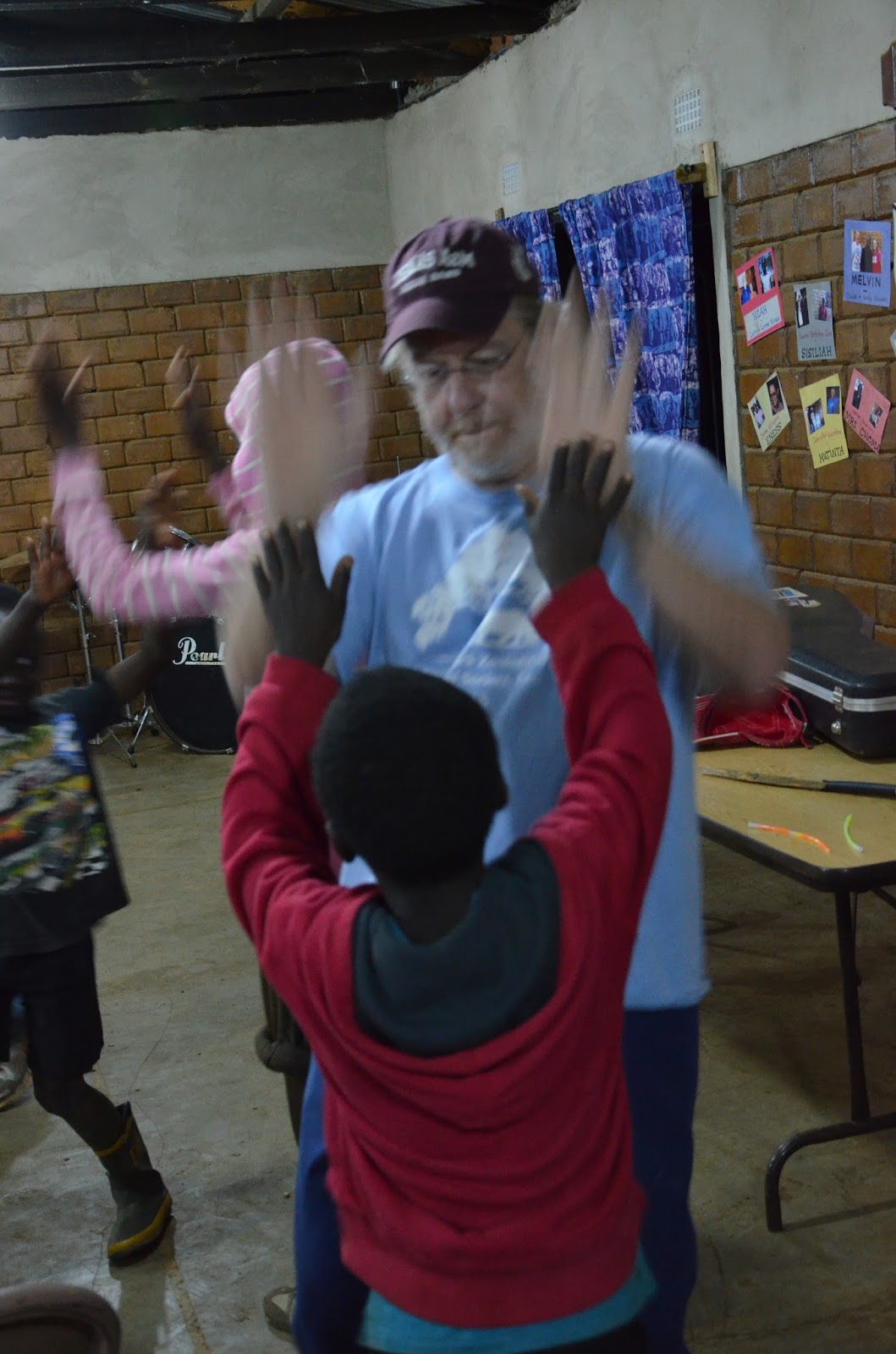 This song included a dance. John seems to have it down, but Jason and I were behind everyone else on the motions. :) Worship time ended with lifting up people in prayer. Prayer concerns were voiced and then people chose who they would pray for in the group prayer. Many of the children eagerly volunteered to pray aloud, even the younger ones...I was so impressed by this. 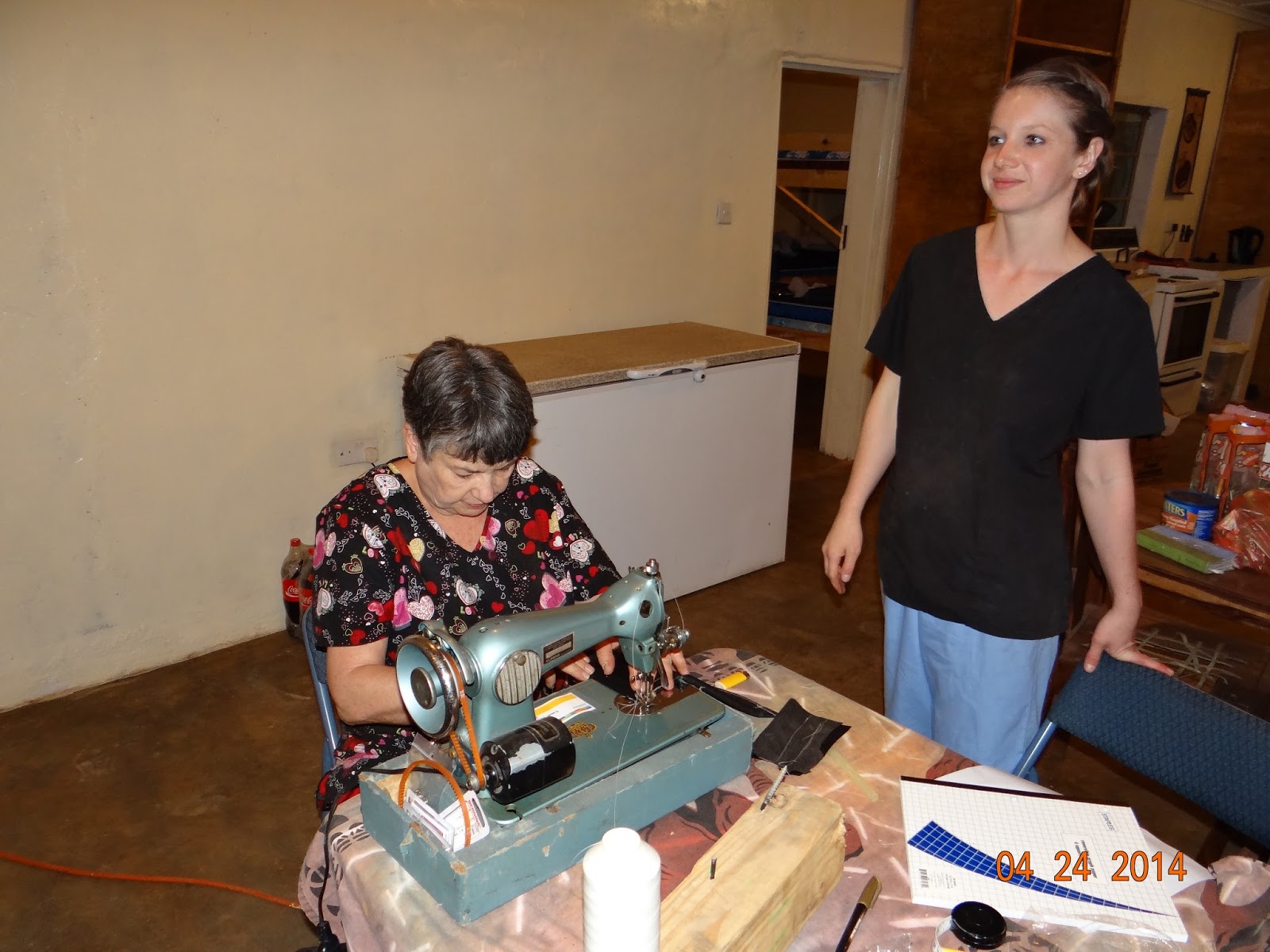 After worship time, we got a little sewing work in before we went to bed. The above knee socket design that we used has a sewn heavy duty fabric on the back part that allows the patient to adjust it as needed from day to day. This socket design is excellent for use in Zambia, since the people we provide legs for have no one to adjust their prosthesis between our trips there.

*Next post is Day 10: More leg and eye fittings