This blog is small. Like a seriously small audience who reads it. Prosthetic Promises is small. Like tink-tiny small when you compare to many other non-profits. But...I truly feel like God has BIG plans for this small group. It is so awesome to witness the people, conversations and little connections that God is putting in our paths.

Awesome way that God has used PPIHN co-founder and mission team member John Brinkley to reach someone in Peru. John tells this story much better than I do, but here's my best description:
John met an ophthalmologist, Dr. Henson, who along with his wife and family are missionaries at La Fuente Centro de Salud Integral in San Jerónimo, Cusco, Peru. There is a young lady named Yomira, who is a student at the medical facility in Peru, and has a scarred, small eye after trauma as a child. John was able to use a picture that Dr. Henson provided of Yomira to make an ocular prosthesis for her. (John has never made a prosthetic eye and then not be the one fitting it. Most of the time small adjustments are needed for an optimal fit, which he is able to do when he sees a person for final fitting.) John sent the prosthesis with Dr. Henson back to Peru to fit Yomira. And it fit perfectly!! She is a new believer and was very encouraged and cried saying that she knew this was the Lord loving her through others that she didn't even know. 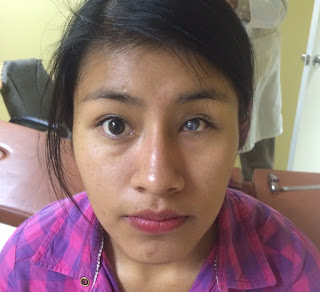 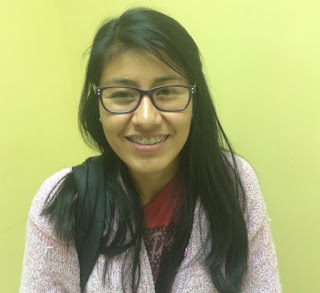 John hopes to make a trip to this medical facility in Peru to see more people for ocular prostheses. We are praying for God's direction in timing and opportunity for John and Prosthetic Promises to visit Peru.

In other news, I was able to represent PPIHN at First United Methodist Church of Colleyville for the Mission Moment at their services on June 12. FUMC Colleyville gave such a warm welcome! Suzanne O'Connor and her son Cole attend church there, and they will be joining team PPIHN for our September trip. Suzanne and Cole have a wonderfully supportive church family! I also met a physical therapist after the contemporary service who is now hoping to join team PPIHN for next year's trip!

We will be leaving in just a little more than 2 months for Zambia. So excited! And so ready to be back at New Day Orphanage! We've been receiving picture updates periodically of the prosthetic clinic that is being built at NDO. Below are the latest pictures. 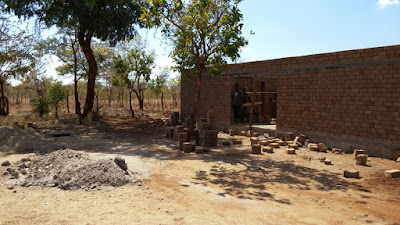 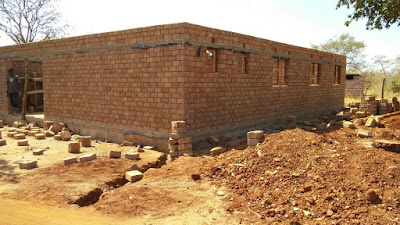 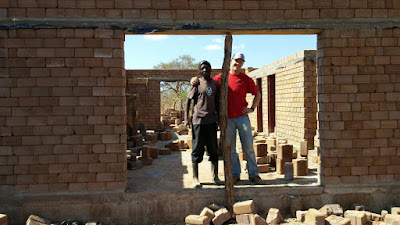 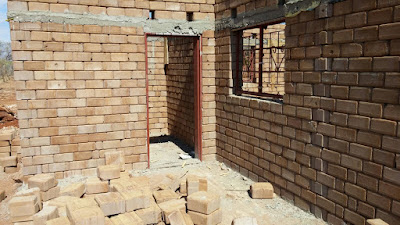 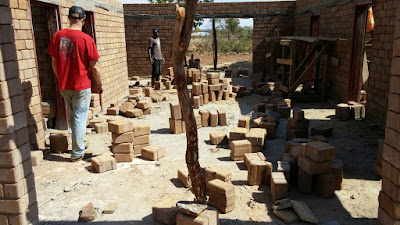 Lots of planning is happening as our trip gets closer. Last year, we had to ship the resin to Zambia that we use for laminating the prosthetic sockets via DHL (the only carrier that would ship it) and it had to be a specific type of resin that is non-hazmat. This cost A LOT of money to do. It cannot be sent on the shipping container ahead with other supplies due to the short shelf life. And it cannot be taken as checked baggage on the plane since it's a flammable chemical. Thankfully, this year we have found another way to get resin. Ottobock (a prosthetic component manufacturer) has a facility in South Africa. I was able to talk with someone from that facility about our needs to get resin to Zambia, and they will make sure it's there for our September trip. This is a huge relief and money saver!

In the midst of these exciting things happening for PPIHN (clinic progress, more people joining the team, looking at expanding to Honduras and maybe Peru, exploring fundraising options to make expanding and sustaining a possibility), I keep stopping to think. Is this the direction God is taking PPIHN or is this me and my enthusiasm? I tend to be enthusiastic about things I'm involved in....perhaps driven is a better word to describe it. I feel like sometimes I may get carried away with ideas and plans and charging ahead. I pray that God steers my enthusiasm in the direction He wants and makes it obvious to all those involved with PPIHN where He wants this mission to go and what He wants us to do, so that we honor Him and show His love in all that we do.

There have been lots of awesome connections happening for PPIHN! God is SO GOOD!

First, we had a PPIHN board meeting on May 6th in Temple. This was a fantastic meeting before Ron and Dee Winsman leave for their move to New Day Orphanage, Zambia. There is a great story in the Temple newspaper about Ron and Dee. Check it out here. I also managed to hurriedly take some pictures of everyone before we got started with the meeting...and clearly no one was aware I was doing this. 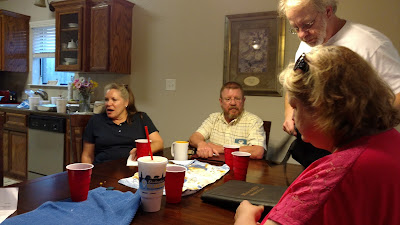 Dee and Ron, John and Robin 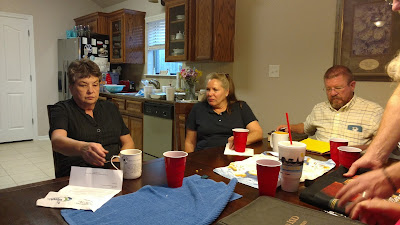 Chris, Dee and Ron (Todd had to miss this meeting) 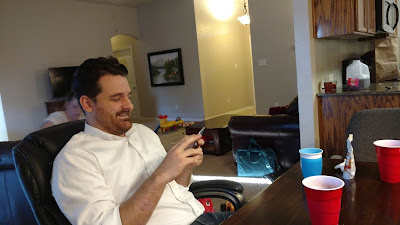 Jordan and Hope in the background playing with their son Izzy.

We are so thankful for such an awesome group of board members! We had great discussions about how far PPIHN has come since 2012, plans for this year's trip in September to Zambia and plans for the future.

Prosthetic Promises is excited to announce we will be partnering with United With The Same Love for sustainable prosthetic mission work in HONDURAS!

Such an awesome way that God puts people in our paths. Jane is who started United With the Same Love. She is a close friend of one of my new bosses, Phyllis. Phyllis and Jane have been talking about starting prosthetic mission work through the clinic United With the Same Love has in Honduras and made a trip in early 2015 for contacts and discussions about the need for prosthetic services in the area. And then I started working for Phyllis in February of this year. Whoa!

We are in the early stages of discussions and planning with United With the Same Love for Prosthetic Promises to work from their established clinic in Choluteca and with connections they have in the capital city of Tegucigalpa.

We will be purchasing and sending equipment to have at this clinic for regular trips to provide people in Honduras with prostheses. We have not identified when our first trip will be, since we will need to raise funds for all the equipment needed and have that shipped to Honduras. Thankfully, shipping containers make it to Honduras much faster than they do Zambia. :)

Stay tuned for updates on both Zambia and Honduras. How very exciting to see where God is leading Prosthetic Promises!!