Thursday in Lusaka involved Blu taking several trips to the airport to take Haley and Kailey early in the morning, Jenna early afternoon and then the 4 of us plus Geoff at night. We had brunch at a place called Mugg & Bean, which had really good coffee. This place was in a mall, which again felt like somewhere in the states in comparison with our time spent at New Day in the African bush. In the afternoon, we were able to go to a market to buy some souvenirs. I did not like the negotiating price thing, but Jason took care of that part so I just looked around to find things I liked. 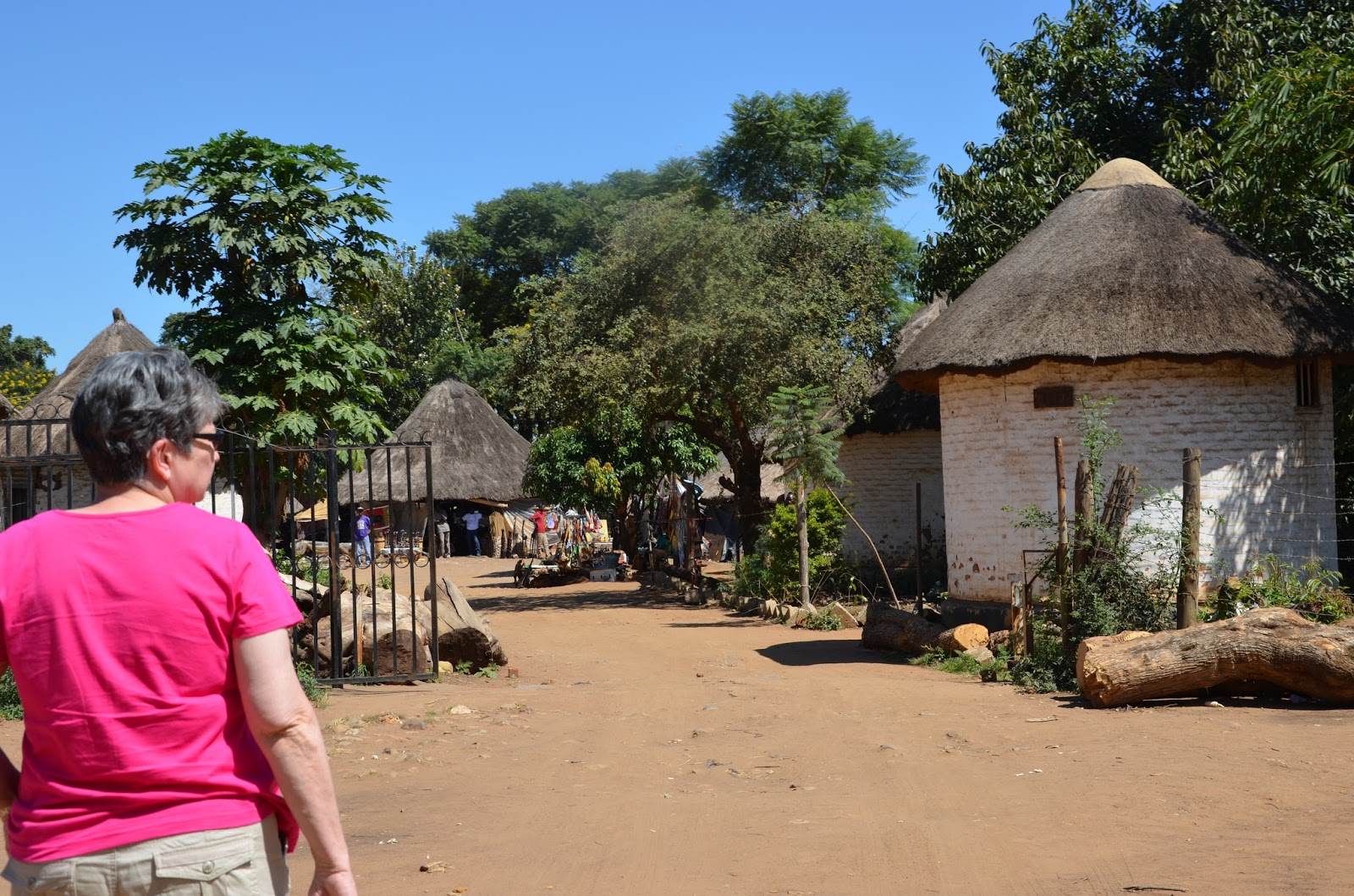 Here's Chris walking up to the market area. 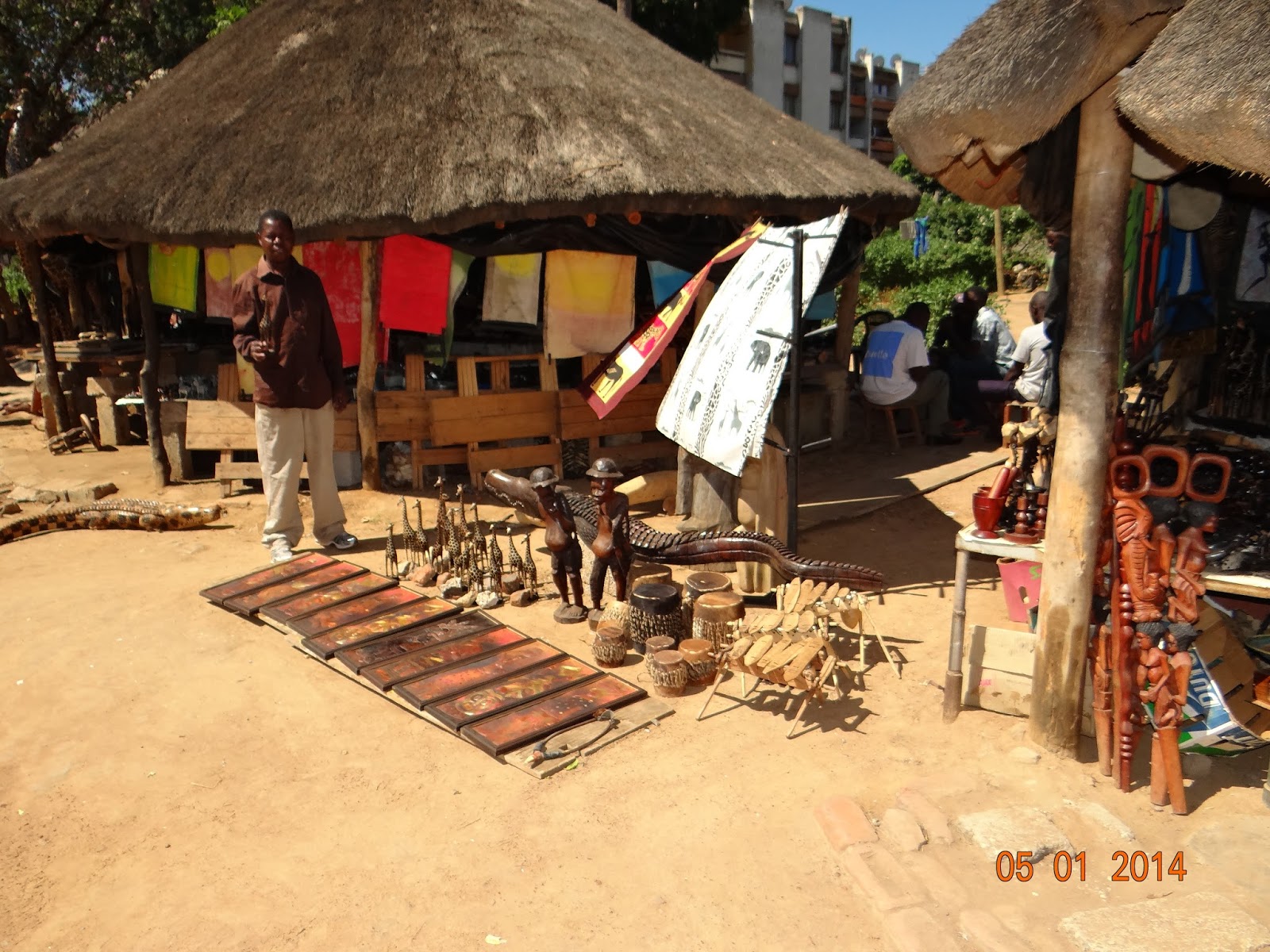 There were tons of paintings, carvings, baskets, jewelry, purses, and more. Some of the people were working on crafting things like pottery and baskets while we were there. Others get these things from people in the surrounding villages to sell. 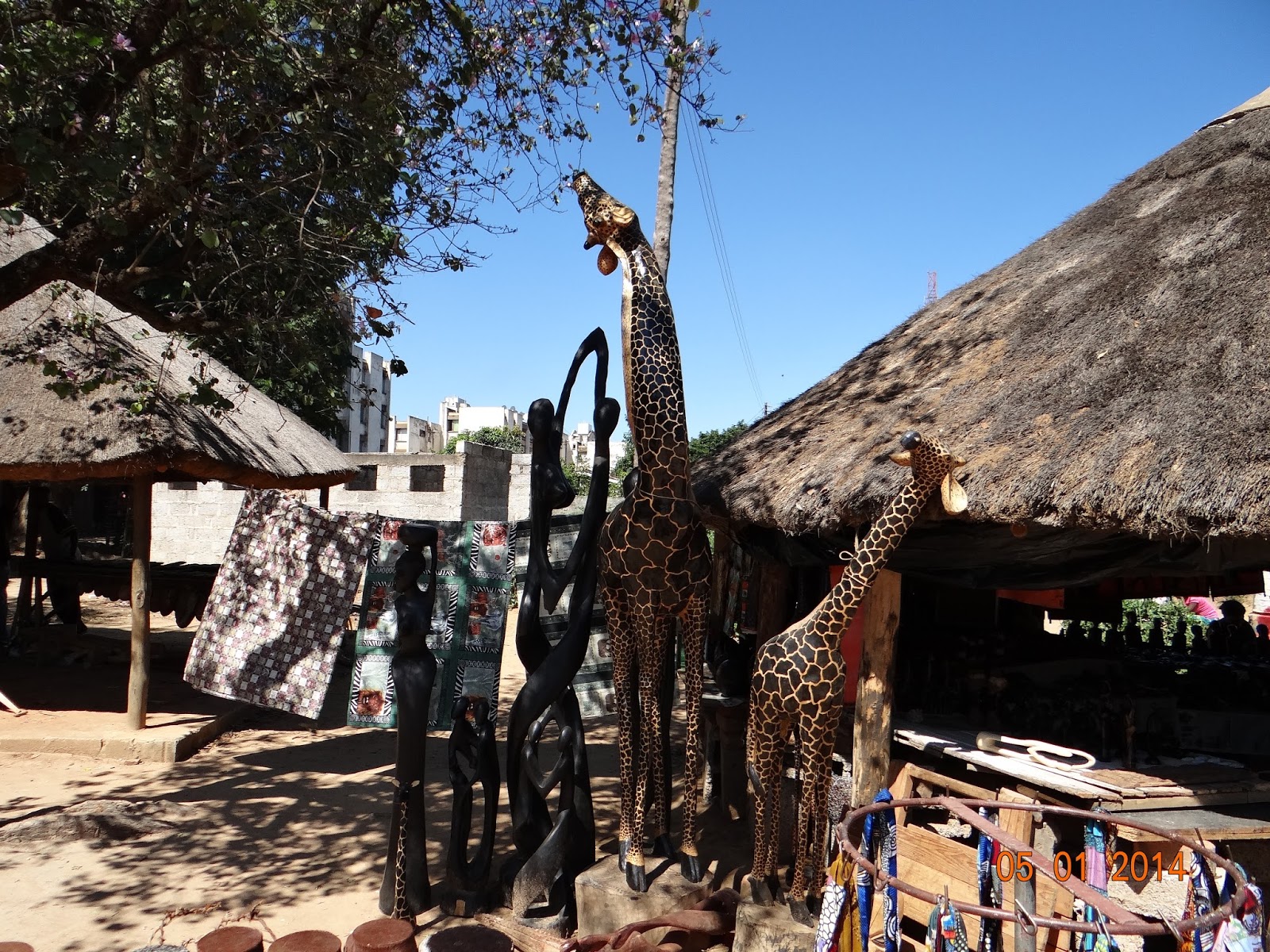 Each hut place had different people selling items. It was a little overwhelming with so many people trying to get you to buy their stuff.

We had dinner at a Chinese restaurant, and then we went back to the Baptist Mission so that we could all take showers before heading to the airport for our two 10 hour flights to get home. When we got to the airport, Blu helped us load all of our bags (which was at least now only 2 bags each) onto the carts and get into the airport. When we got in line to start the security check-in, Geoff realized he didn't have his passport. So..he had to sprint across the airport parking lot to catch Blu before he left the airport parking to get his passport that had fallen out in the bus. Thankfully, Blu happened to turn the bus around to go out a different exit and saw Geoff running towards him. Whew!

After successfully getting through security and check-in, we embarked on flight #1 to Amsterdam. This was a red-eye flight so we had all planned on trying to sleep as much as possible....so difficult with at least four toddlers/babies that I counted on the flight. At Amsterdam, we said our goodbyes to Geoff, who was going to Atlanta, and our layover was just long enough for a restroom break (and I grabbed an extremely quick cup of coffee) before catching flight #2 to DFW. We landed at DFW airport around 2:00 pm. Home sweet home! 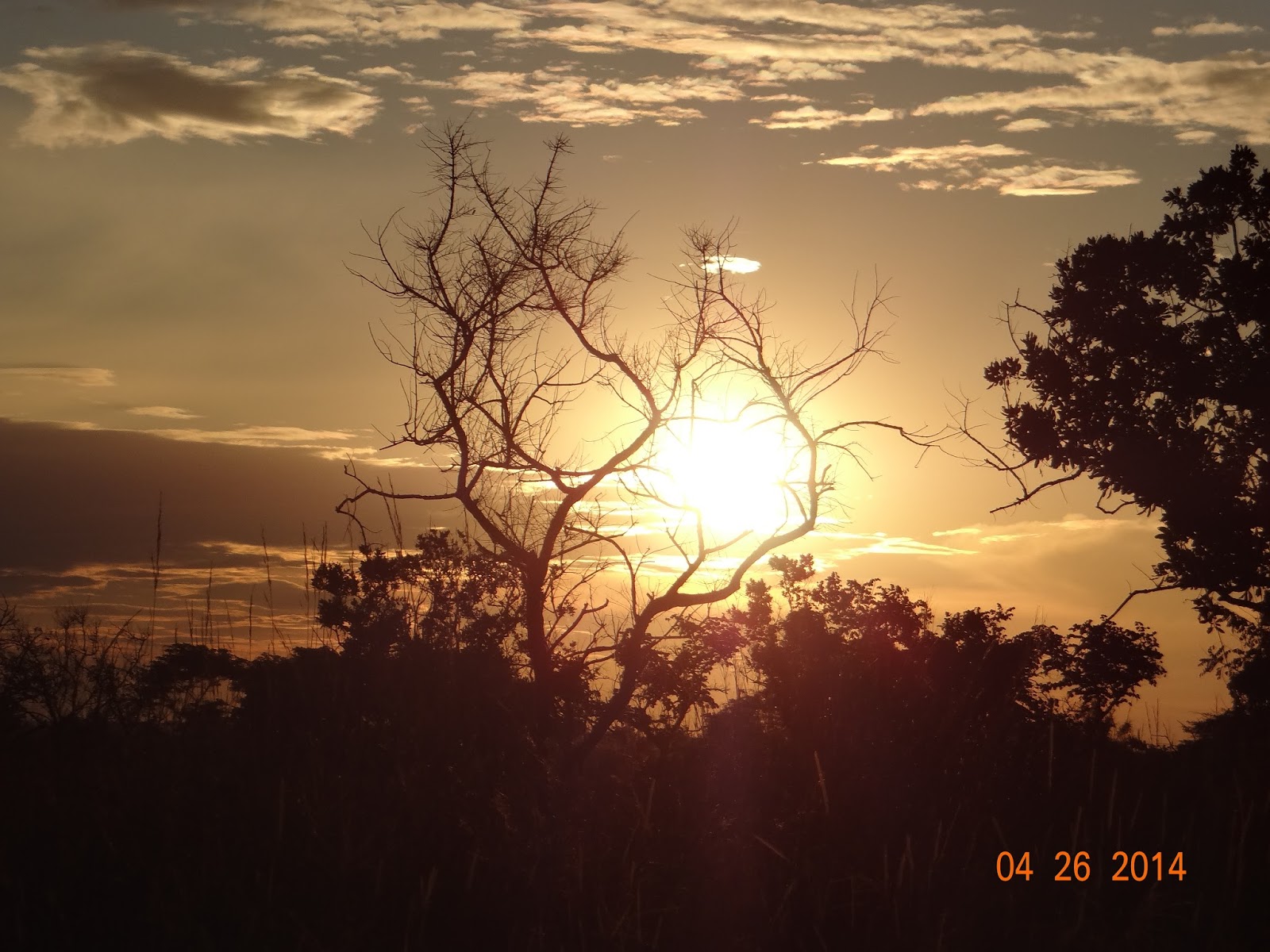 Another successful trip for Prosthetic Promises completed! And we pray for many more in the future!

We are SO grateful for everyone who has made our trip this year possible through prayers, donations and support. Chris and John had this desire to serve the people in Zambia and have carried out two successful trips. We talked often while on our trip about how God is making provisions for this to be a lasting mission with our contacts with surrounding hospitals to be able to reach out further to help those in need by making them prosthetic limbs and eyes. I am so grateful that God has called me to be a part of this mission with Chris and John.

Prosthetic Promises' next trip---Zambia, May 2015

Plans have already begun on the next trip back to New Day Orphanage in Zambia. The team so far will consist of John Brinkley, Chris Reiff, and myself (Katie Brinkley). We have another prosthetist interested in joining the team for next year, and we will know more in the coming months whether she will be able to go for sure.

In the coming months, we will be gathering donated parts and purchasing supplies in preparation to ship another crate in November. I hope to make contacts with more practitioners for donated used prosthetic parts to decrease the costs in purchasing.

We also will be looking for donations of crutches, shoes in good condition, and eyeglasses (prescriptions or readers). If you are interested in donating, you can email me at katie.b.brinkley@gmail.com or visit the Prosthetic Promises website.

Any more posts?---I'll be updating on preparations for next trip. :)