Monday consisted of fabrication mostly. John had another patient come for teeth, and Charlie came for casting for an AK prosthesis. 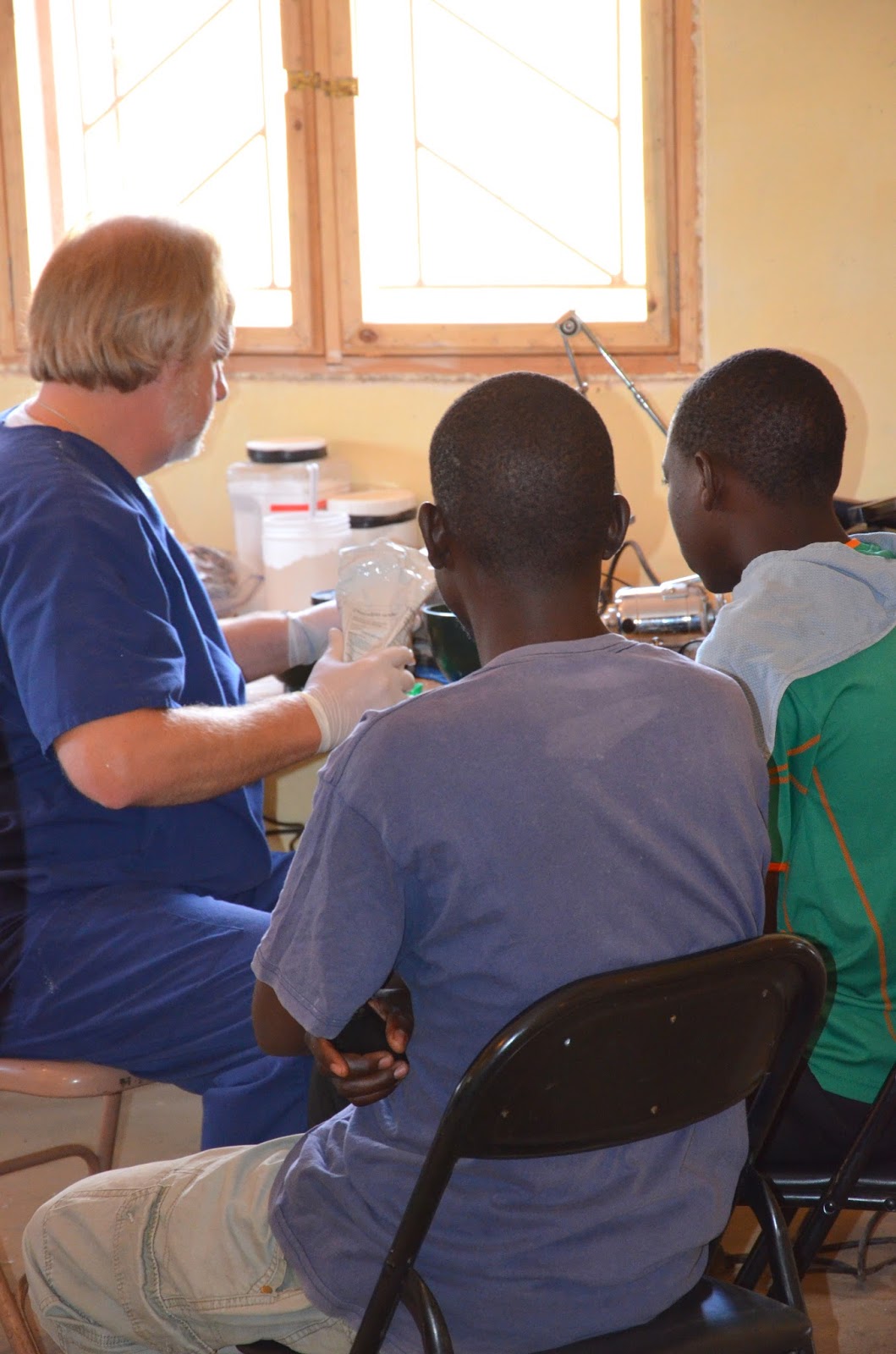 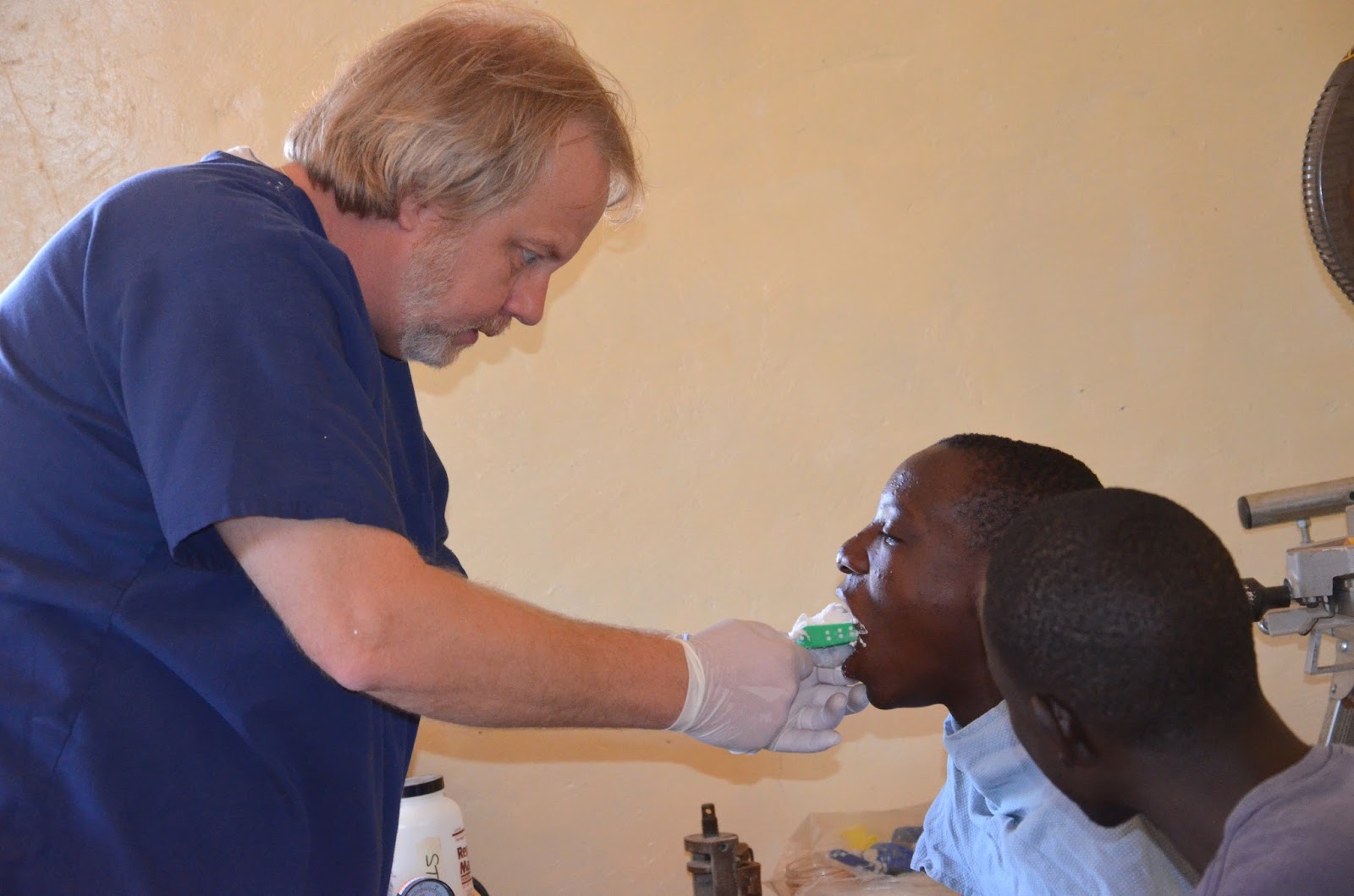 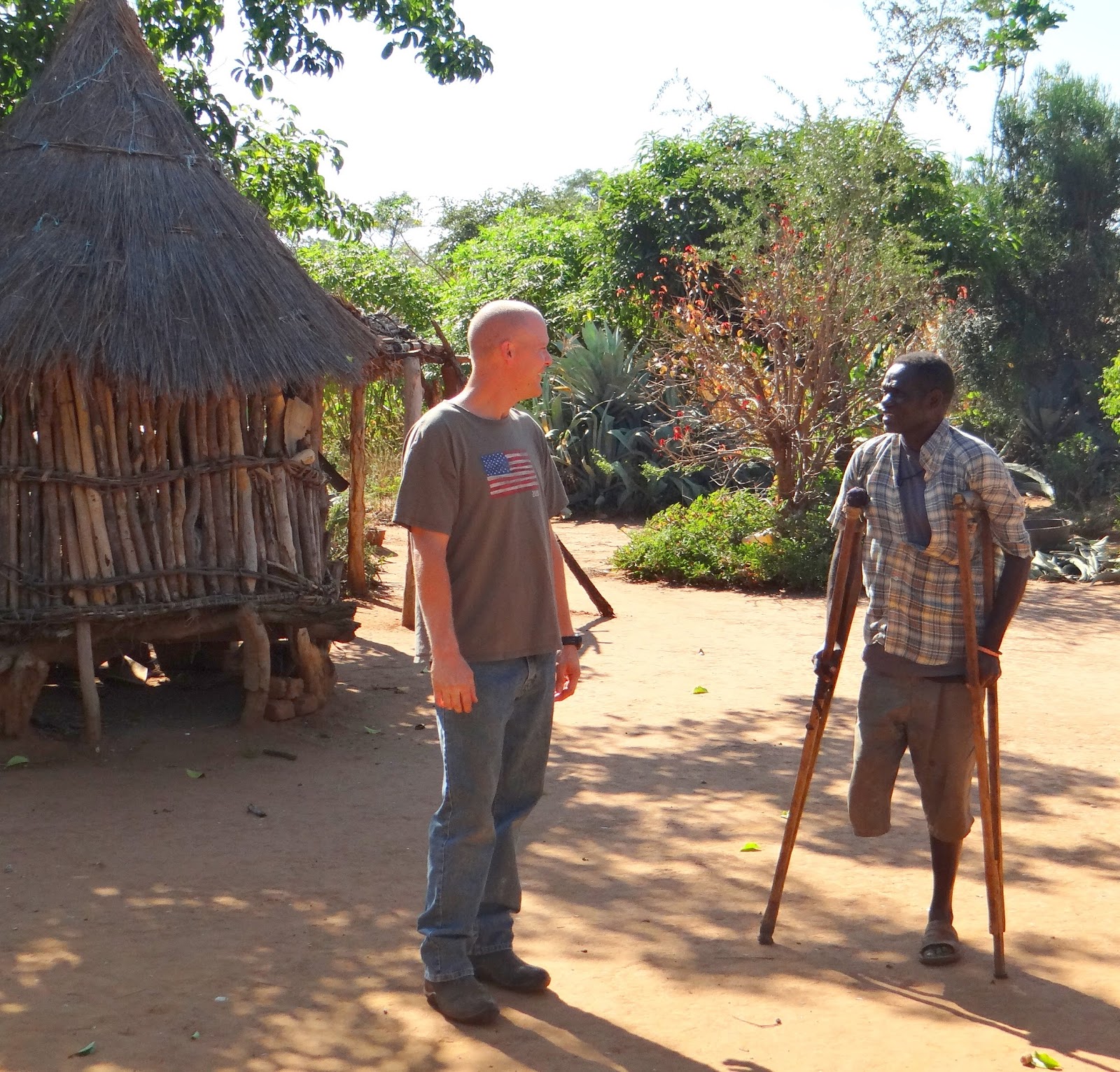 This is Charlie. Blu went to pick him up to come for casting. Chris had made him a prosthesis in 2012, but Charlie didn't wear it for very long because he kept falling with it. He agreed to try again if we gave him a knee that didn't bend. We gave him a locking knee that has a lever he can pull to bend the knee to sit down. Once he stands up and completely straightens the knee, it locks again. This design worked well for him, and he was really pleased. 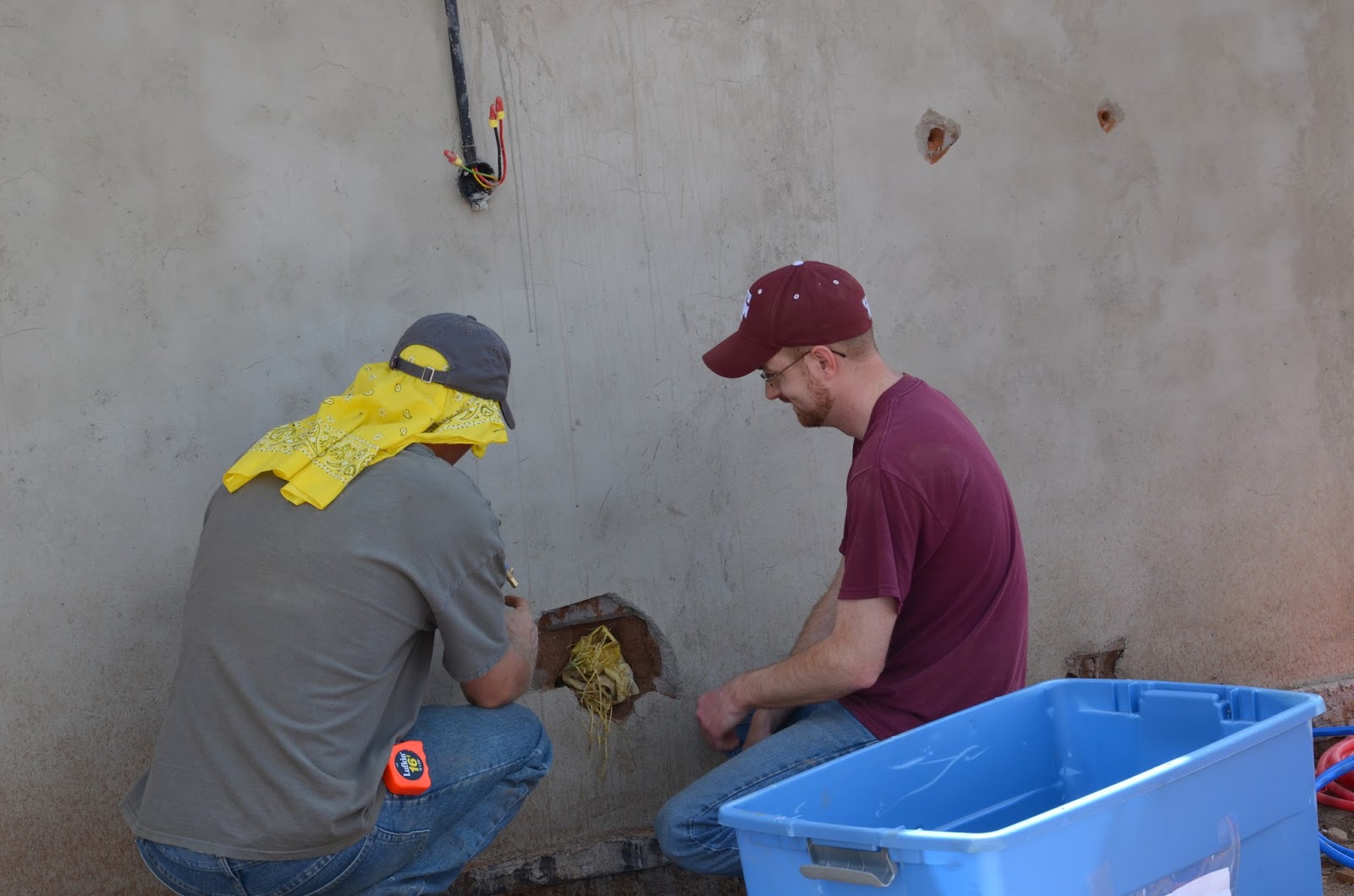 Here's a picture of Blu and Jason working on plumbing, to give a little insight into what Jason was up to on our trip. He got to be "handy-man extraordinaire" and did a little plumbing, electrician work, assistant to Chris and I on some things and even assisted with catching chickens one day to take to another village. (I really really wish pictures were taken of the chicken catching or at least wish I had witnessed that.)

Later in the afternoon, the New Day kids got to play a soccer game against a team that the magistrate (who signed the paperwork to give New Day custody of the kids) coaches. We walked down to the playing field to take a little break and watch the fun. 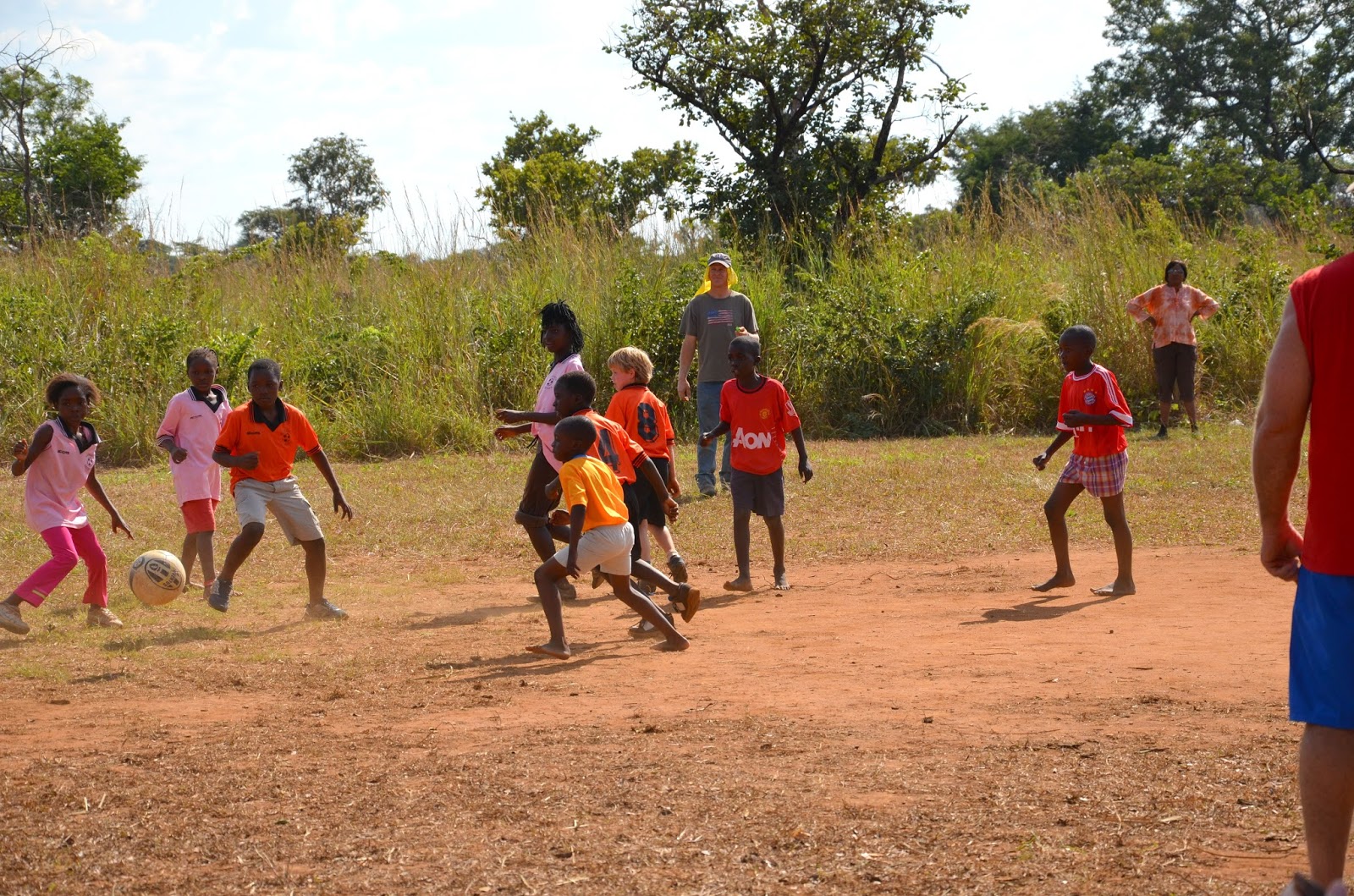 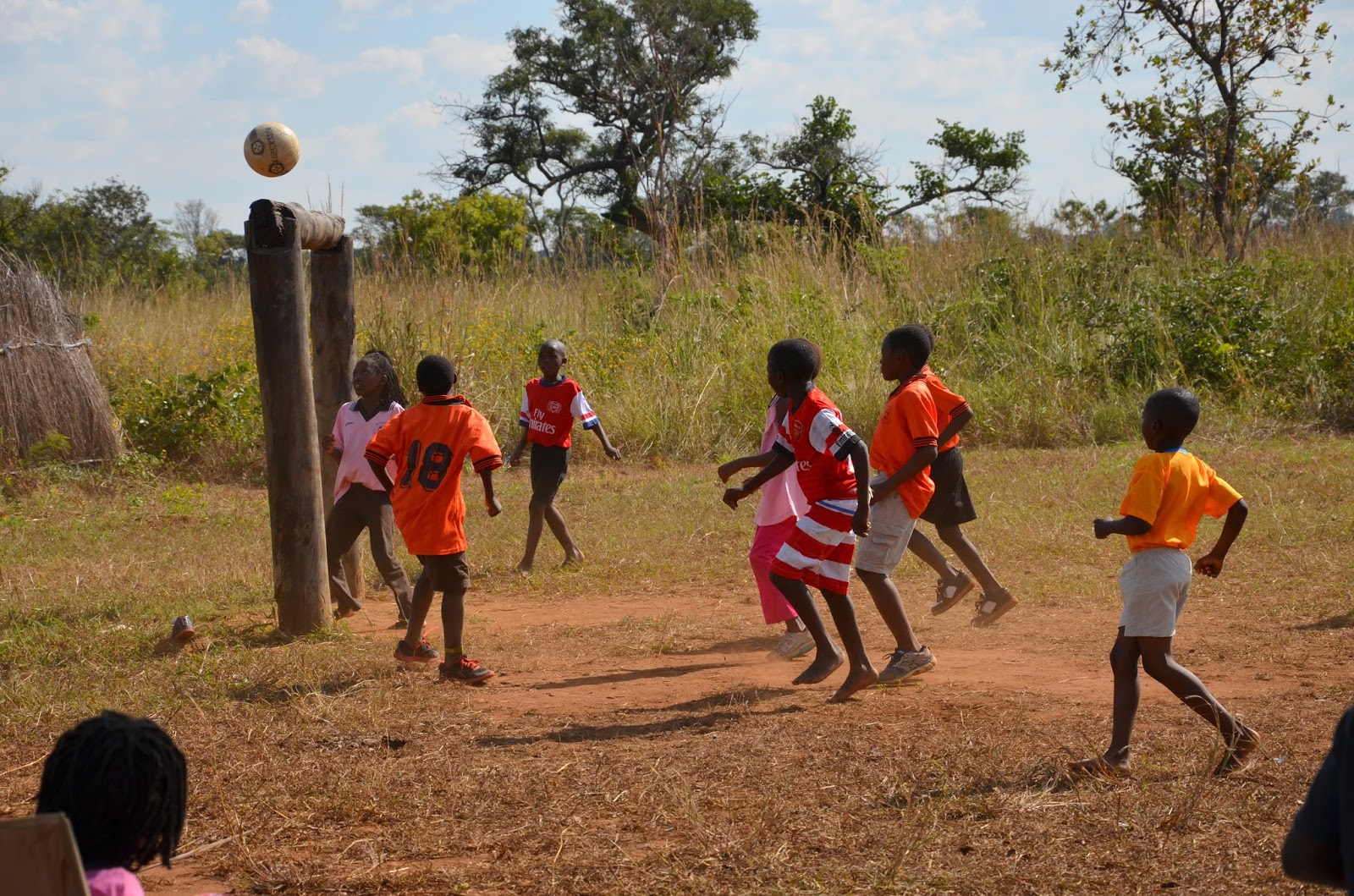 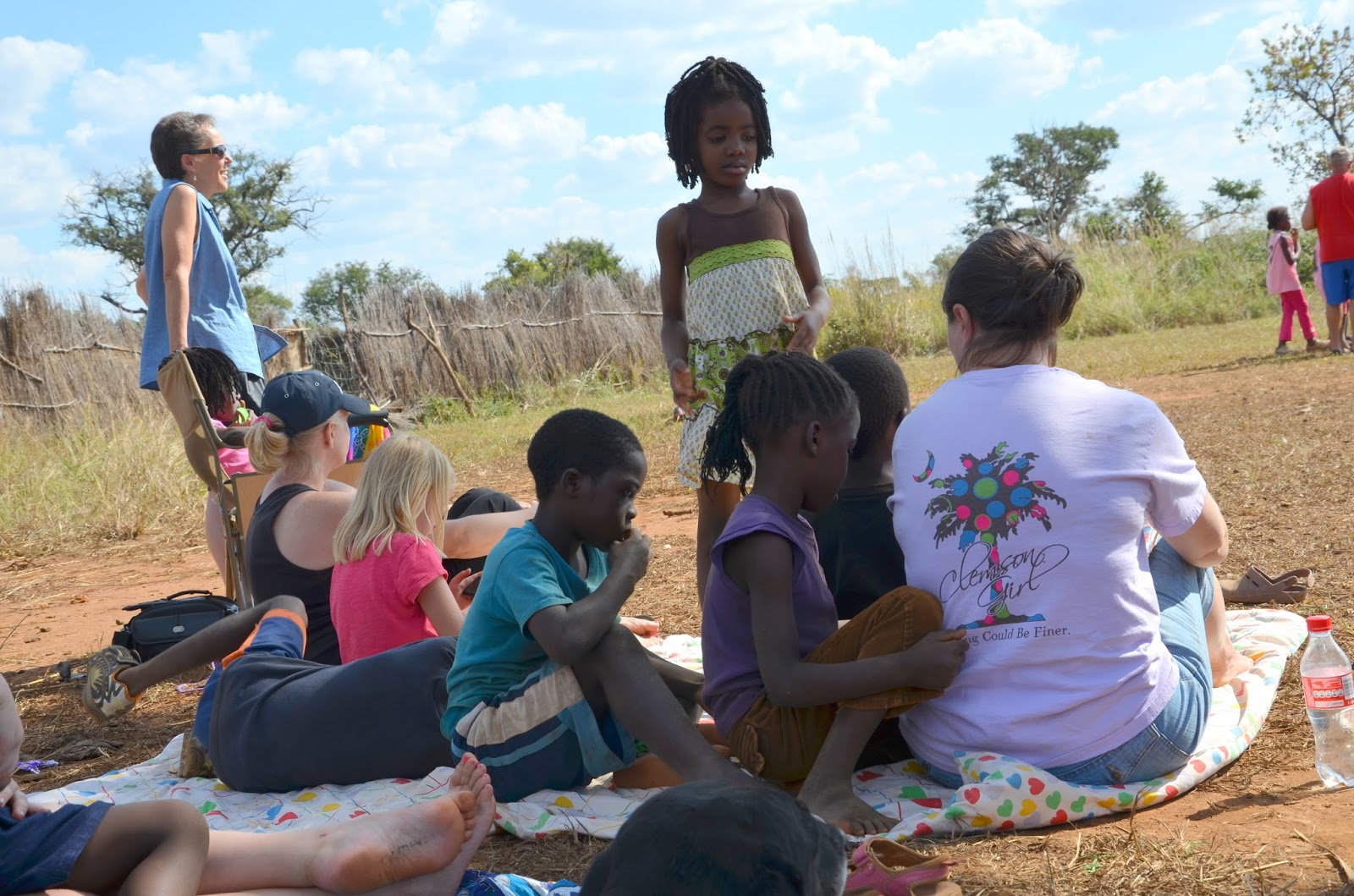 Not everyone played so there were quite a few for the cheering section. 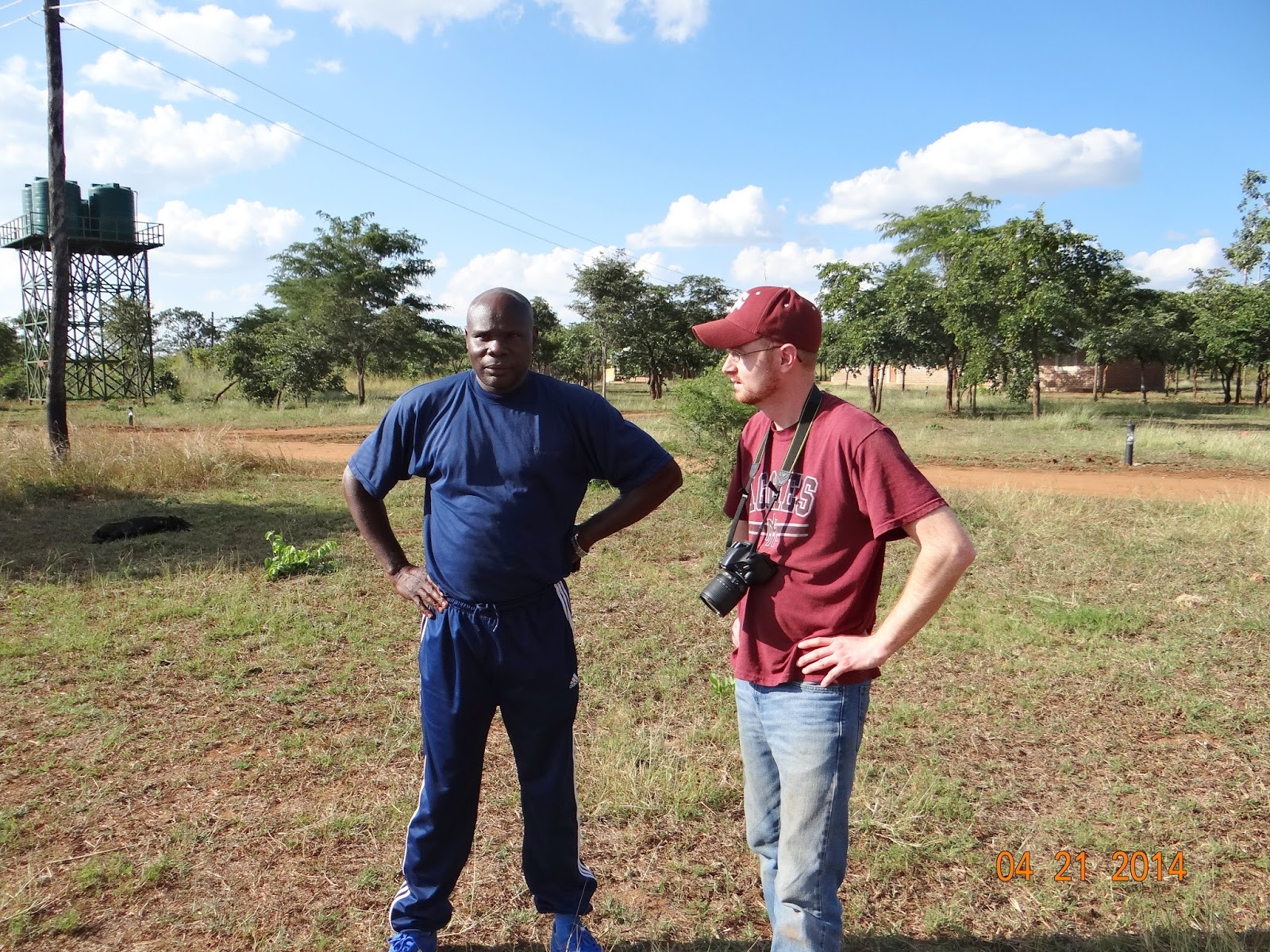 Jason got to talk to the magistrate to compare and contrast the differences in judge positions between the U.S. and Zambia. :) 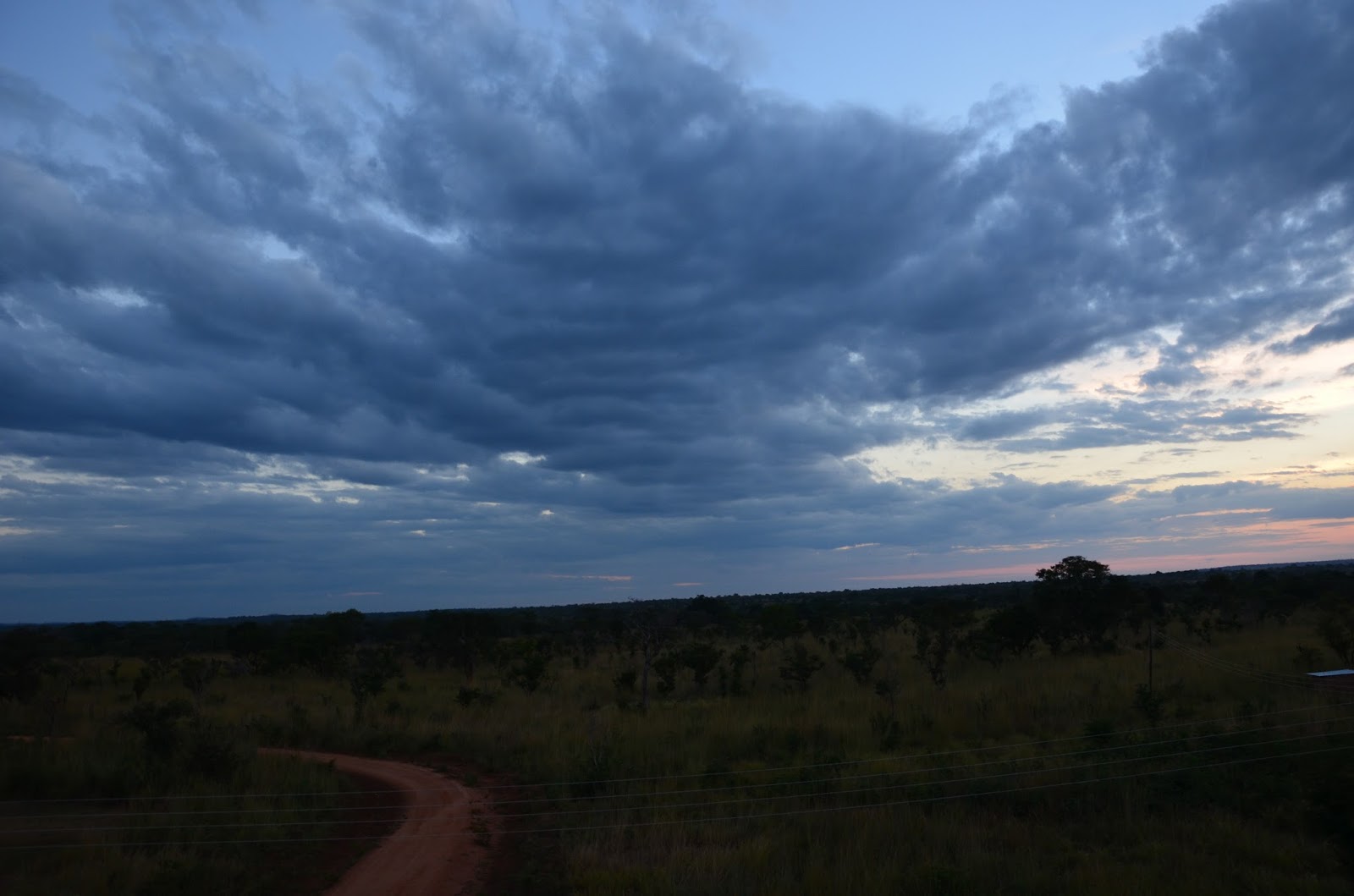 Another beautiful day in Zambia.