Wednesday morning we left for Lusaka. It's a 6 hour drive to Lusaka, and you want to be there before it gets dark. Traveling at night is not a good idea....this was noted by the fact our trunk was stolen at night while Steady drove back to New Day from Lusaka.

Bus Number New Day was packed with people and luggage! Those flying out of Lusaka included the 4 of us--team Prosthetic Promises, Geoff (who left on our flight), Haley, Kailey and Jenna. Then, there were the 5 Tidwells, Carolyn and Mandy...who would all return to New Day. Plus, there was all the luggage stacked in the back of the bus. Before we left New Day, we got to say goodbye to the kids and staff. 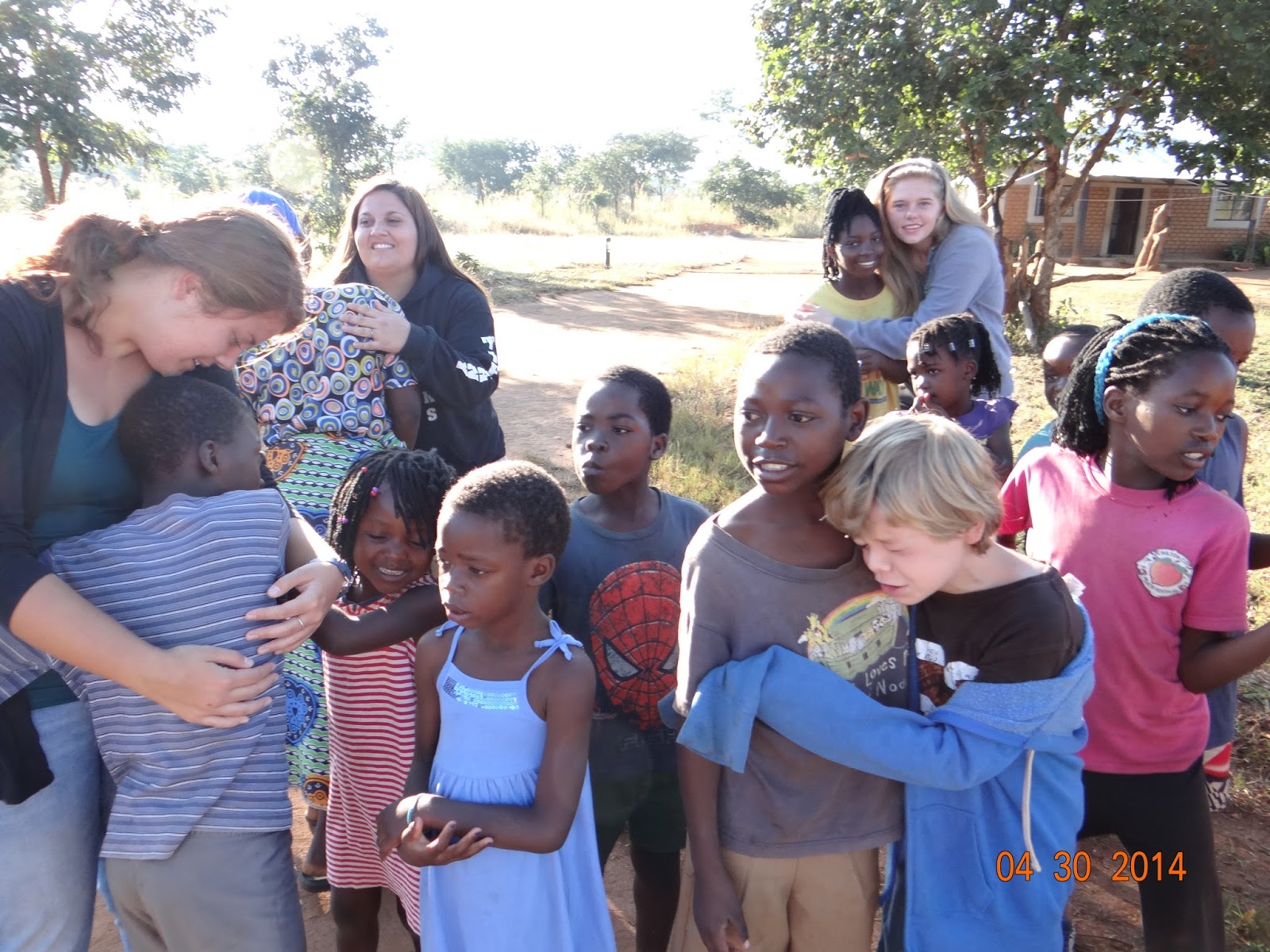 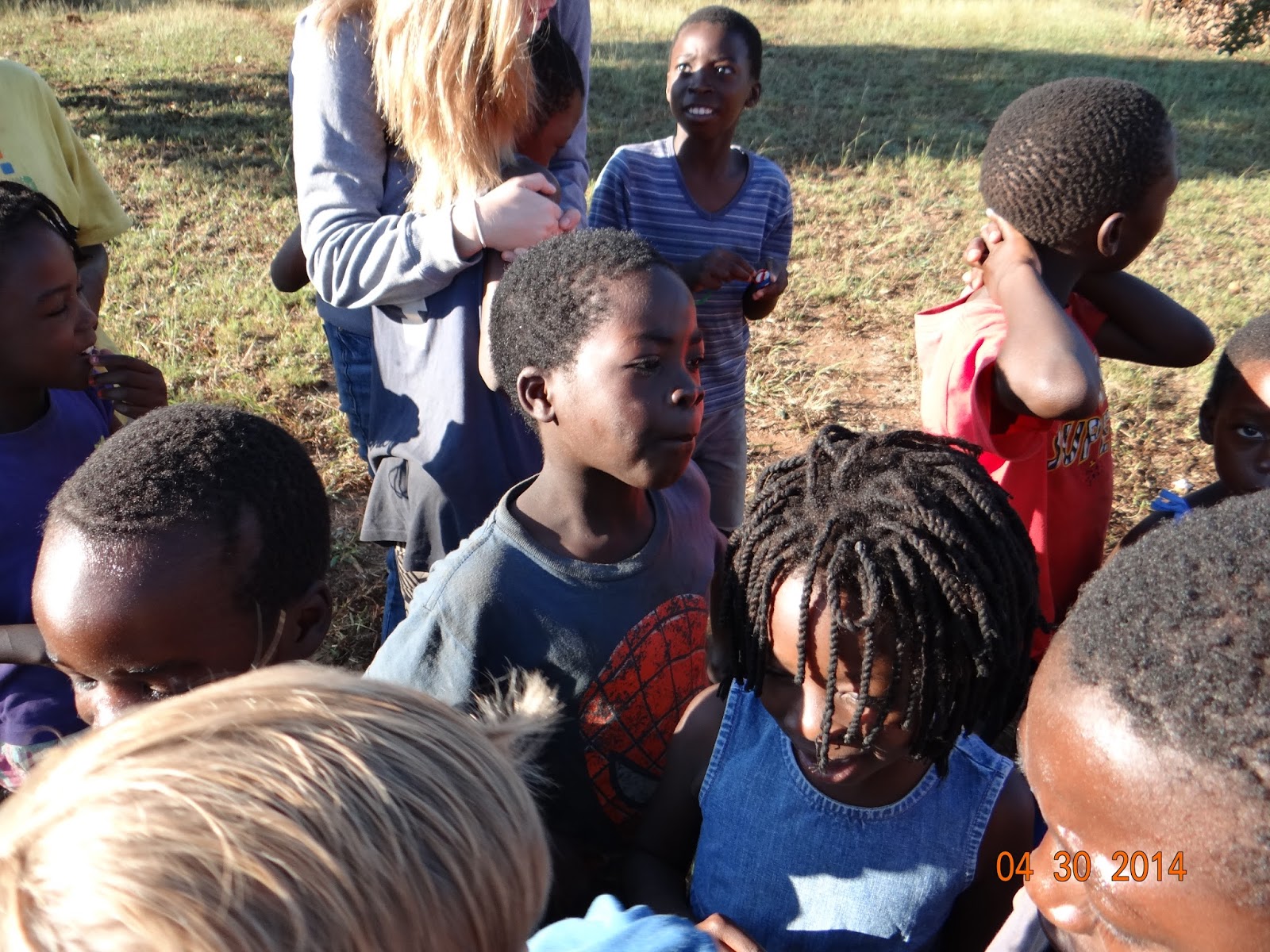 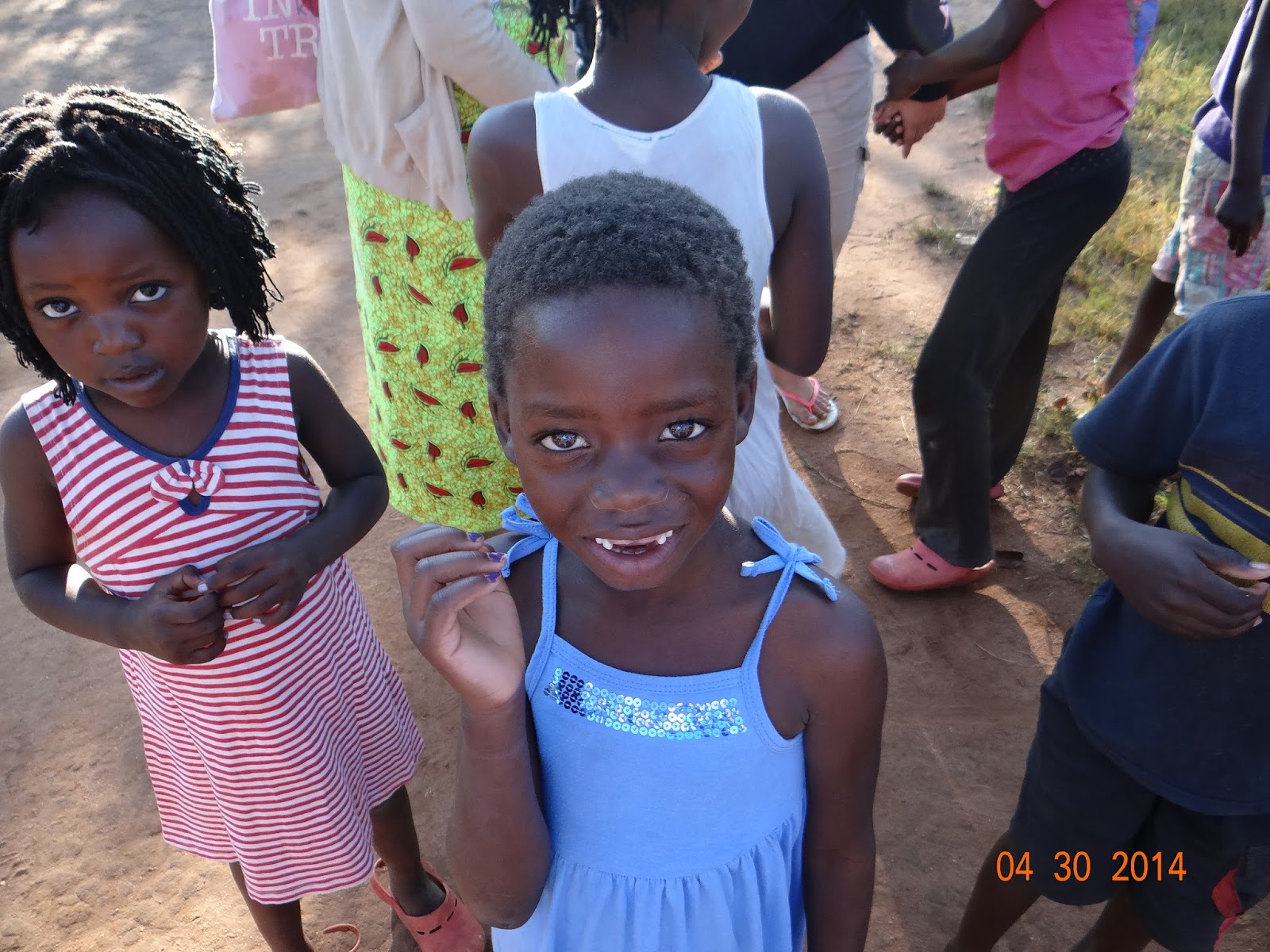 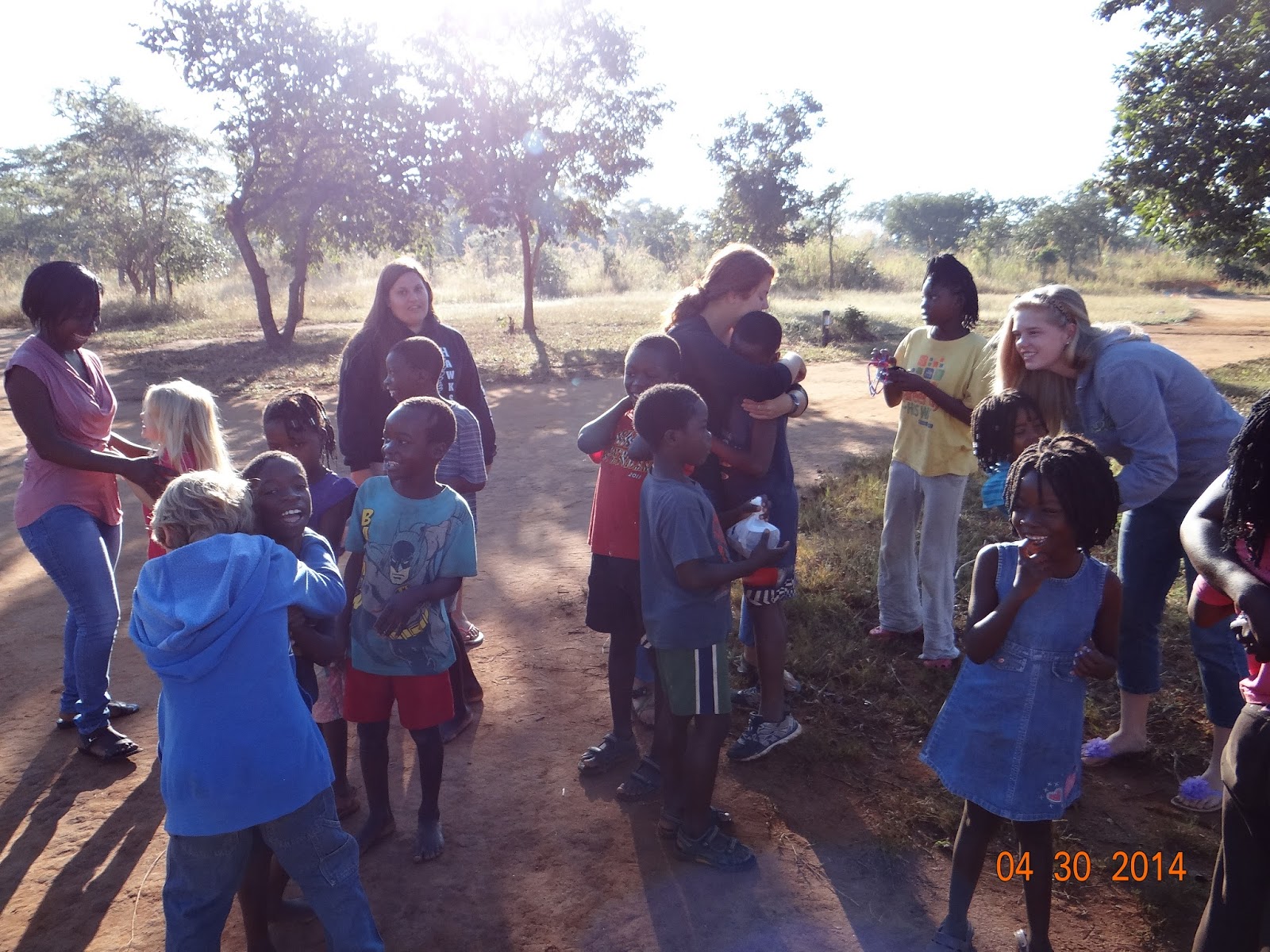 After our goodbyes, we set off for Lusaka. 6 hours of driving...but at least there was good company and conversation. 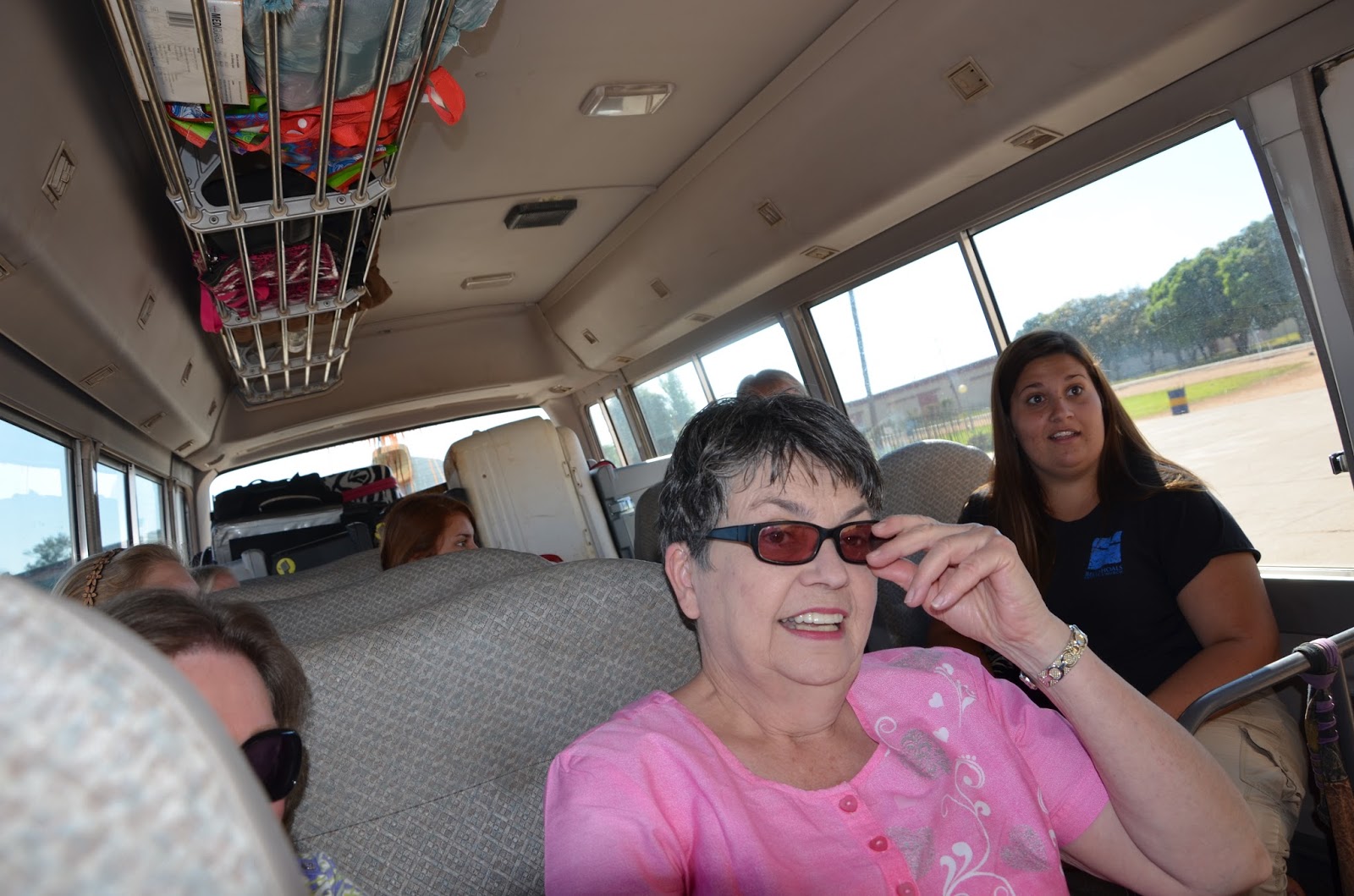 Here's Kailey on the right, Chris and Carolyn peeking out from behind the seat on the left. 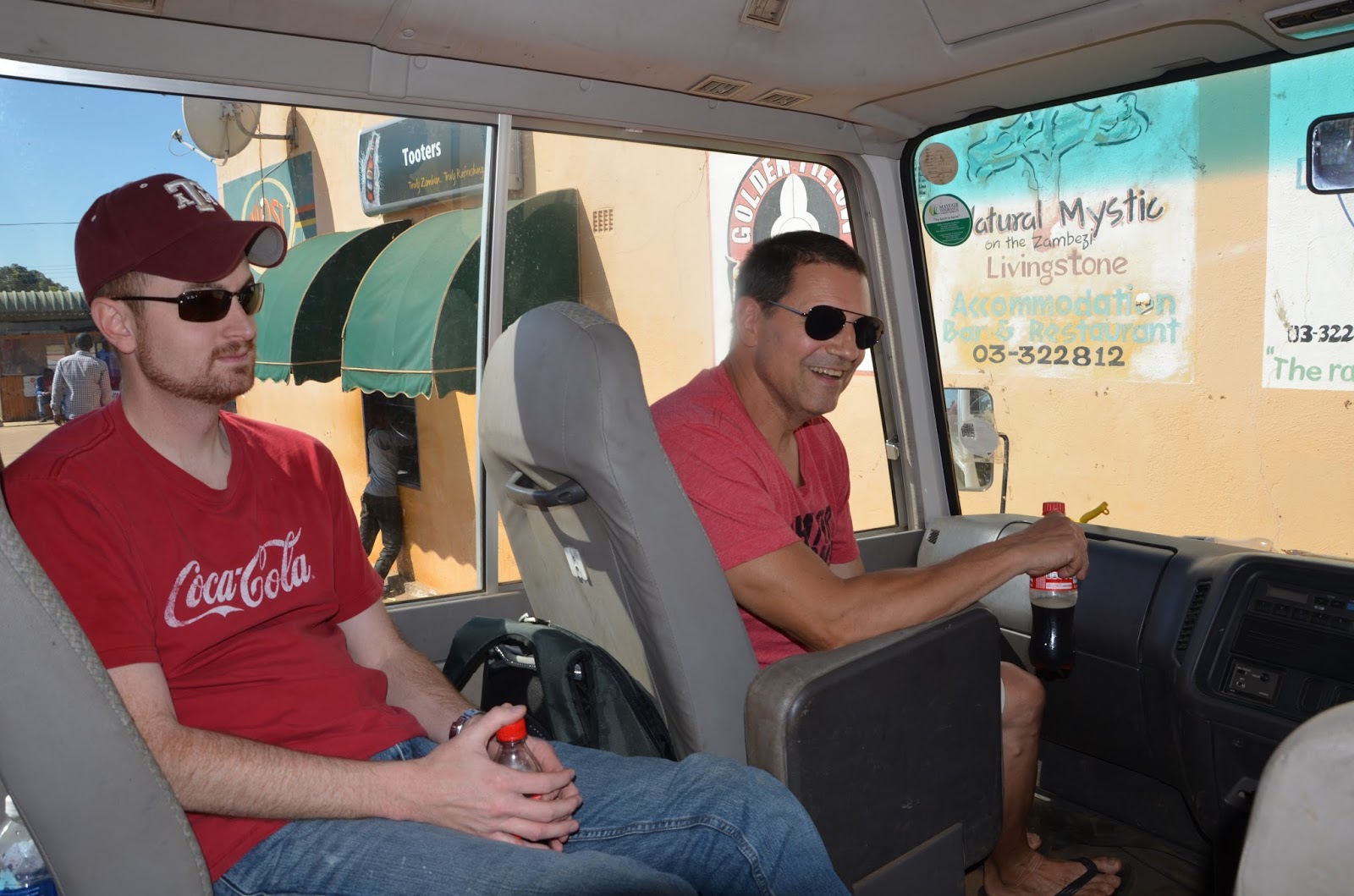 Jason and Geoff...having a conversation with our driver, Blu.

Here's a video clip of driving in a construction area. There is only the main paved road with no service roads on the side like we have in the states. So...when they do construction, you're routed off the paved portion to a dirt road.

We also stopped in a town that had a pizza restaurant, Debonair's Pizza, to get lunch. Everyone ordered what pizza they wanted and we ate on the road. Debonair's is a chain restaurant in Zambia. Funniest thing...I googled it and they have a Facebook page. This pizza place is an example of the vast difference you see between a town, especially Lusaka or Livingstone, and out in the bush. The difference in quality of life between those who live in towns and those who live in the bush is just unbelievable.

We made it to Lusaka without mishap...thank goodness for no breakdown or flat tire. We arrived at the Baptist Mission and got settled in to our rooms where we would stay Wednesday night. We had to leave Wednesday from New Day because Haley and Kailey's flight was for early Thursday morning. 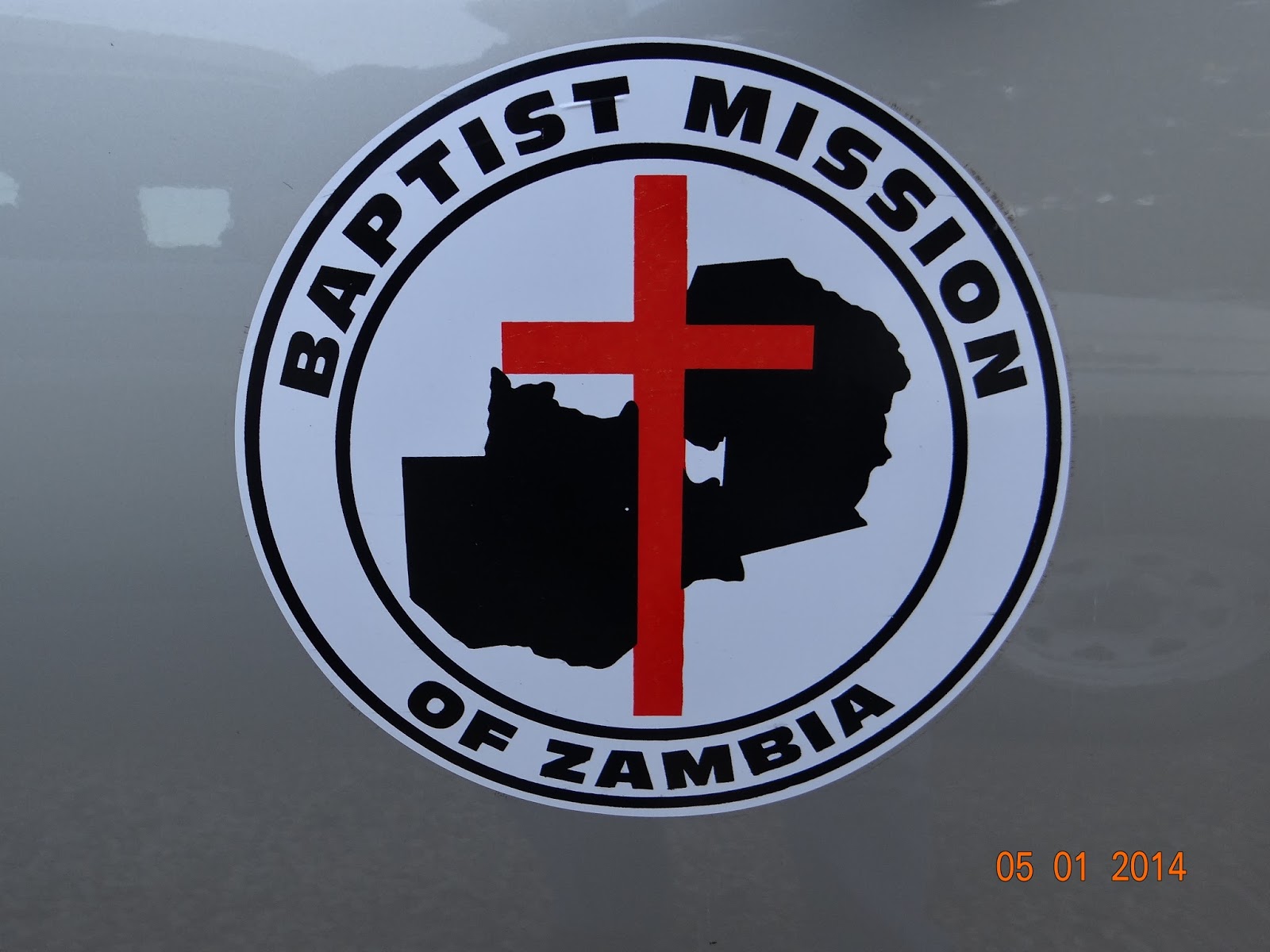 Wednesday evening we all went to an outlet mall that had restaurant options and a movie theater. Again...so completely different than where we had been at New Day in the bush. Jason and I kept talking with each other about how the people at the mall seemed like middle class people just like us, and all those we saw while staying at New Day were so much more poor than the poor in America. That being said, there are also areas in Lusaka that are very poor areas. 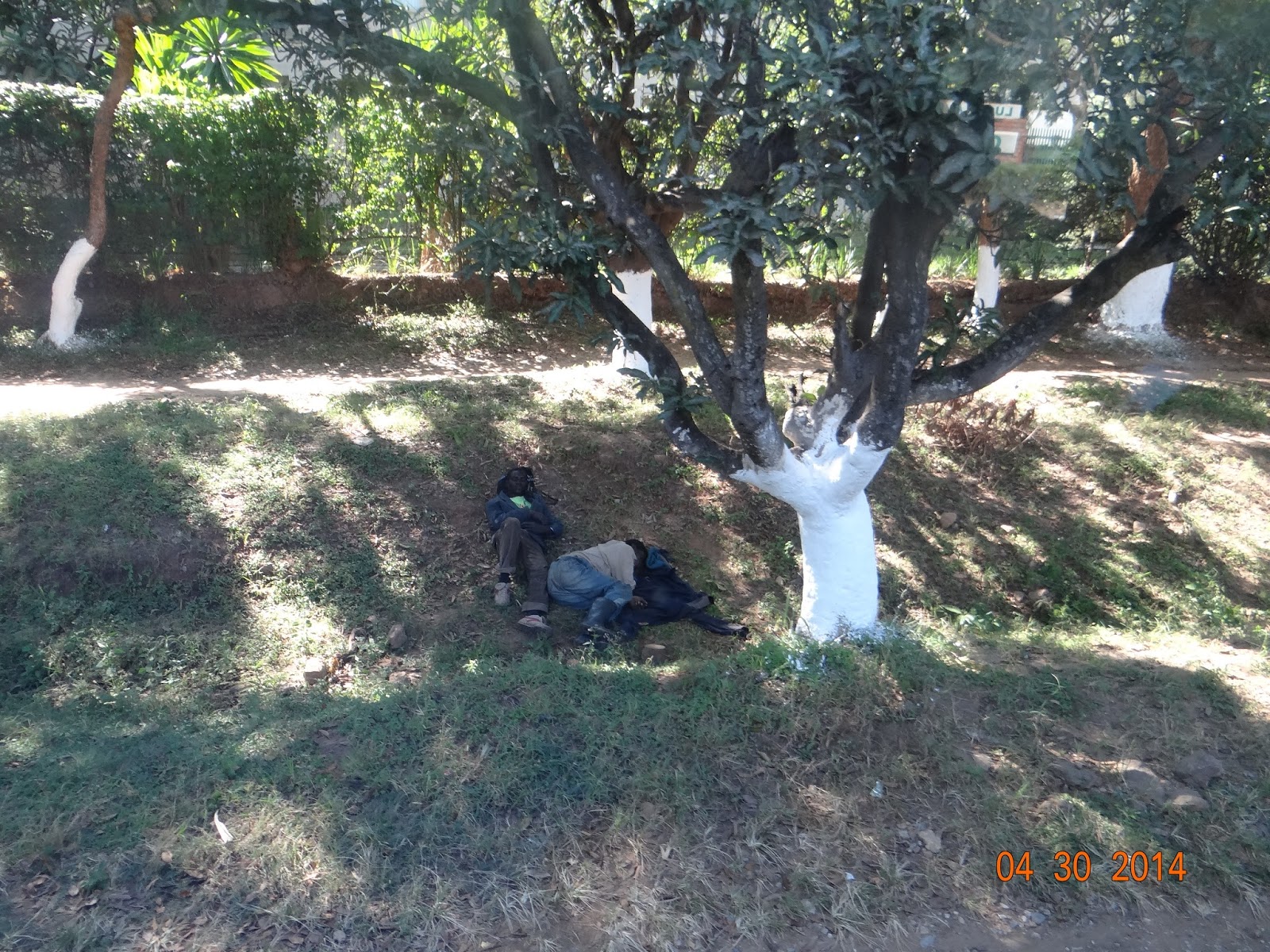 Some men sleeping on the side of the road in Lusaka.

I realize this post is pretty uneventful...even uninteresting, compared to previous posts. But, I wanted to show the socioeconomic differences that are seen in Zambia.

*Next post is Day16-17: A day in Lusaka and traveling home
Posted by Katie Brinkley