Monday morning we set off for Livingstone with a stop at an eye clinic in Zimba on the way. We had the remaining prosthetic work finished and ready for the final fittings on Tuesday when we returned. This trip to Livingstone, which is about 2 1/2 hours from New Day, gave us a chance to make contacts with the eye clinic in Zimba and the hospital in Livingstone for potentially more patients for future trips. 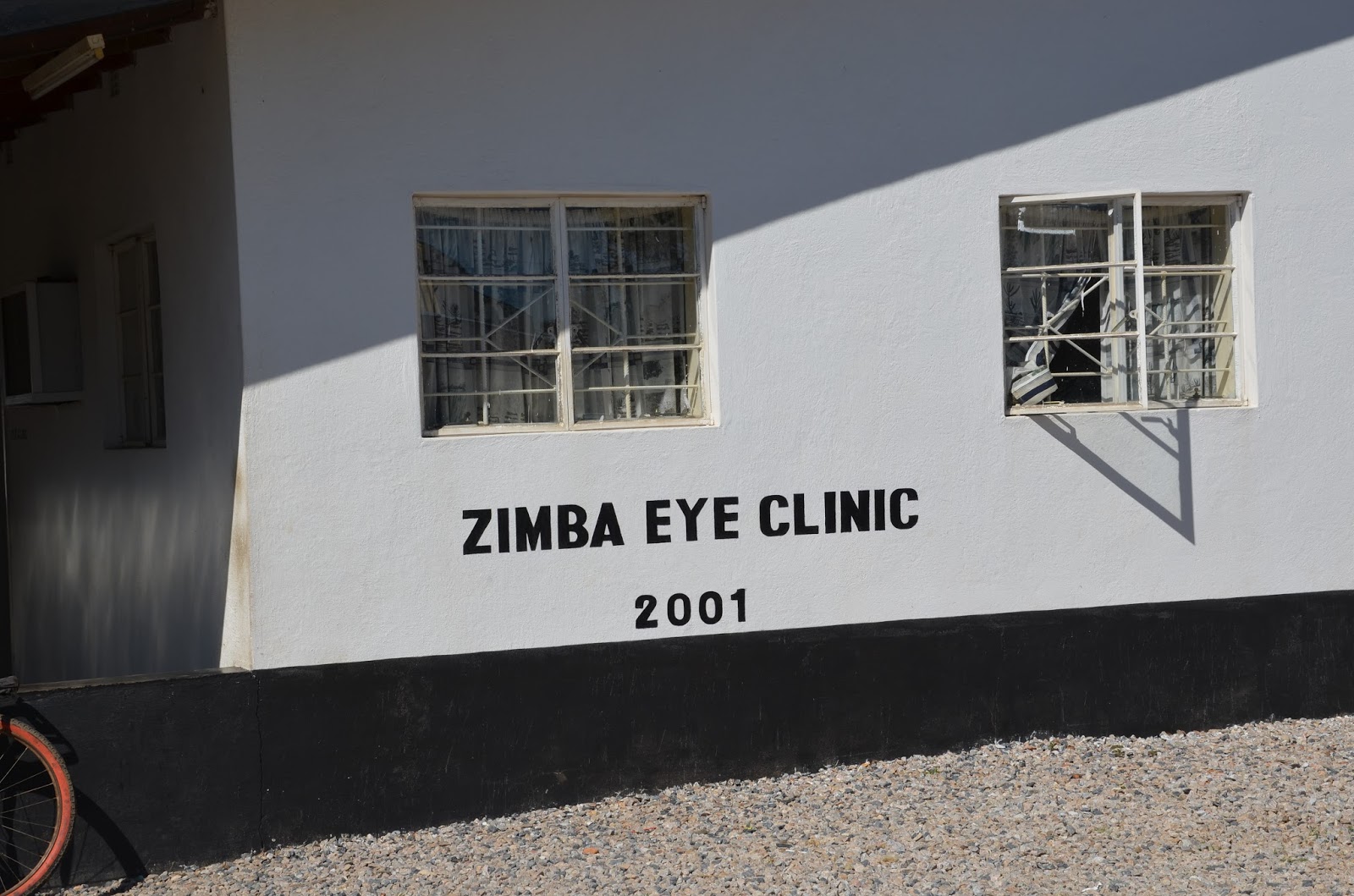 Our first stop was Zimba eye clinic to let them know about John coming to make prosthetic eyes. 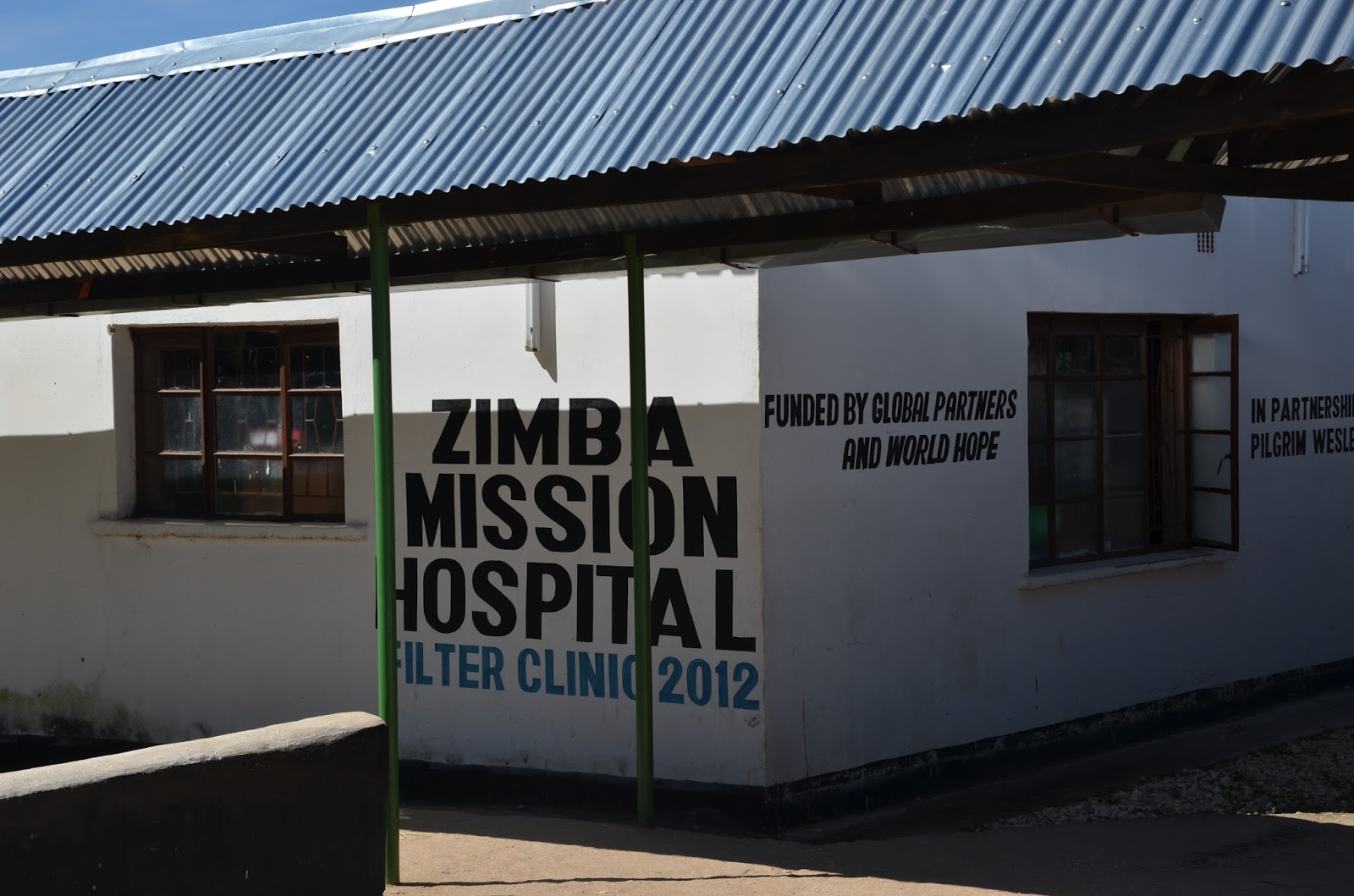 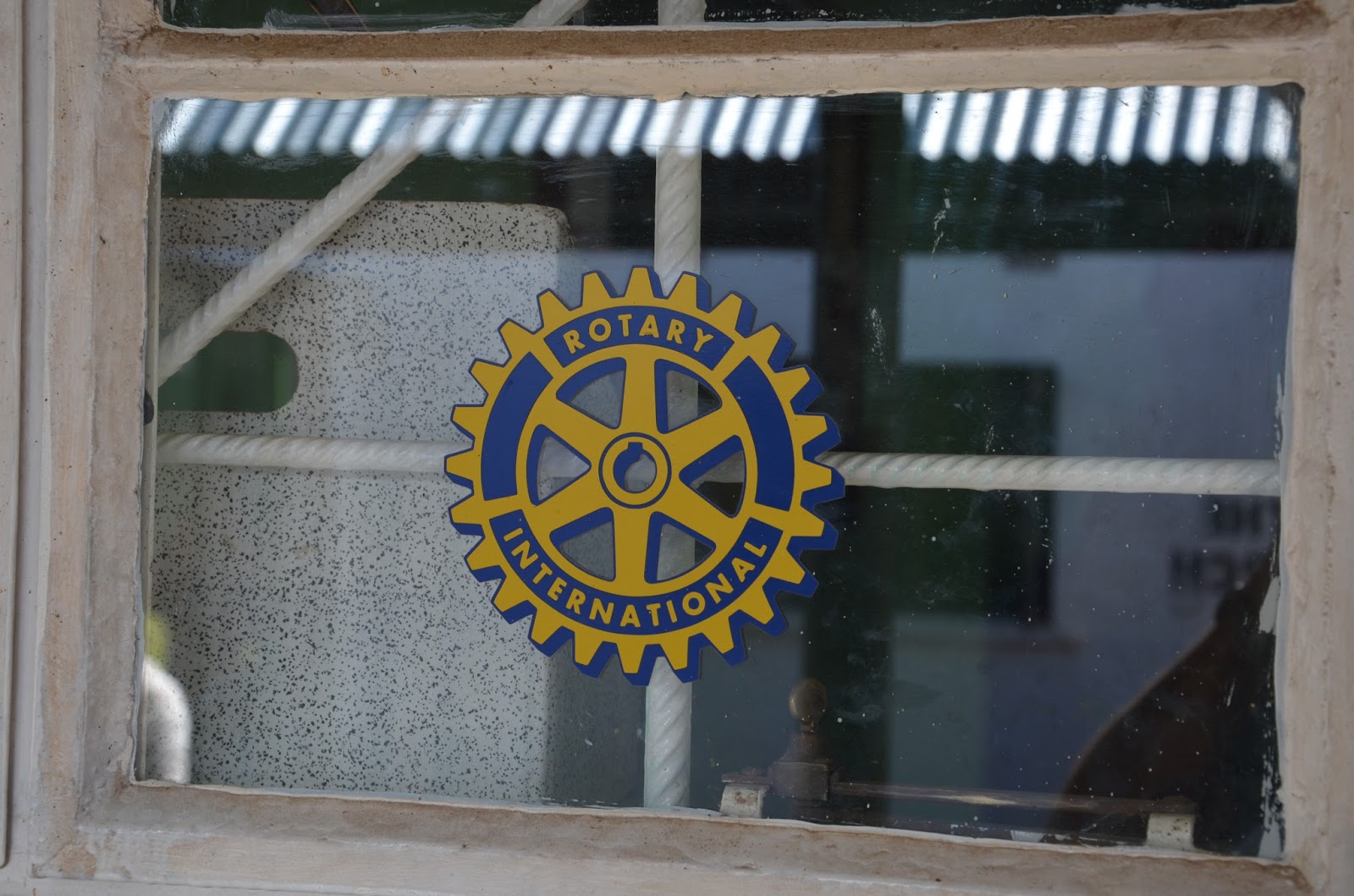 Blu and John talked with someone at the eye clinic while Chris, Jason and I looked around the clinic a bit. There is an eye doctor from California who does mission trips to this hospital, and John was able to get his contact information. Hopefully John can coordinate with him on potential patients for prosthetic eyes. After talking with them at the Zimba clinic, we were on our way again to Livingstone. 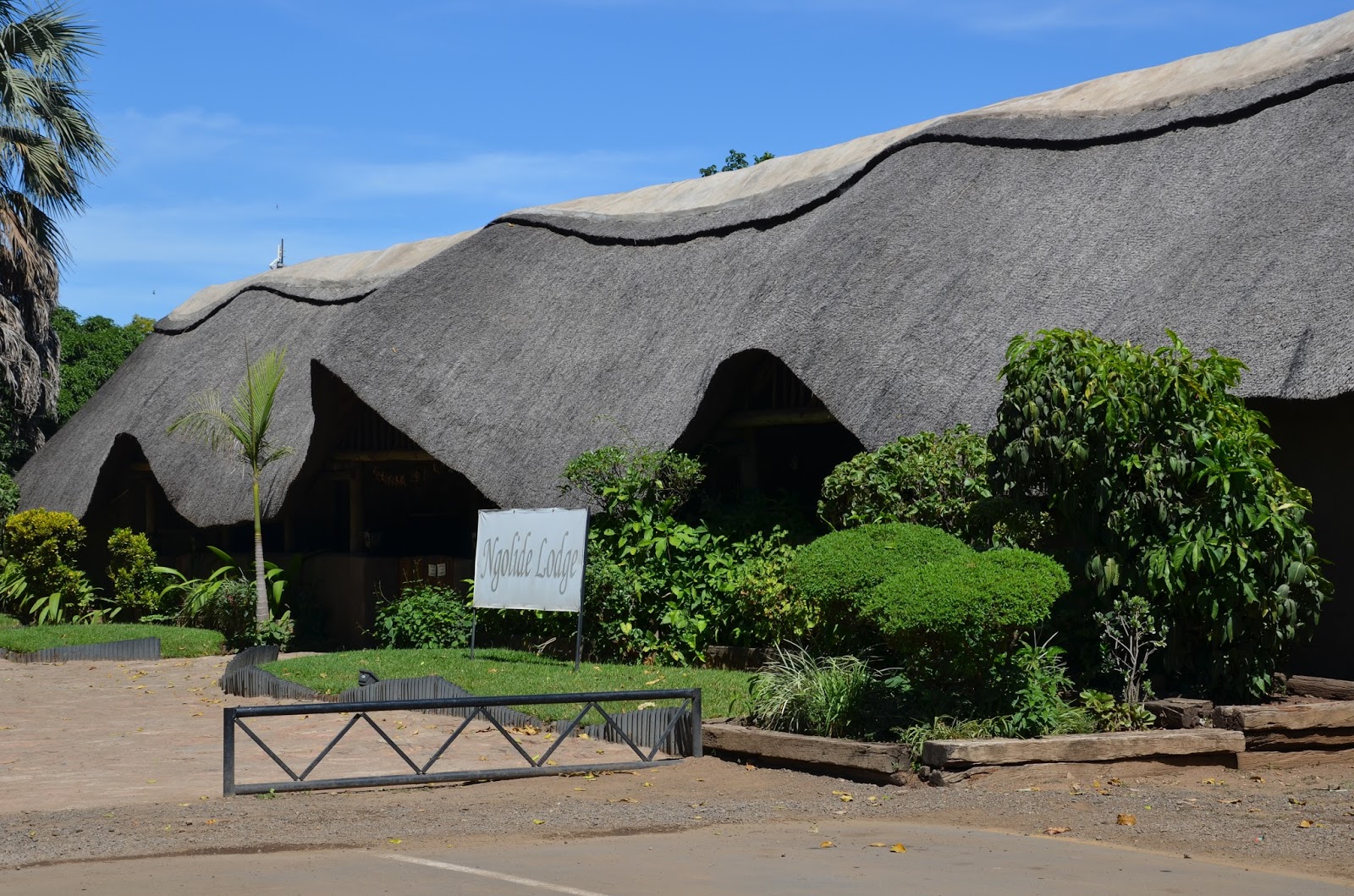 When we got to Livingstone, we checked in to the place we would stay Monday night. 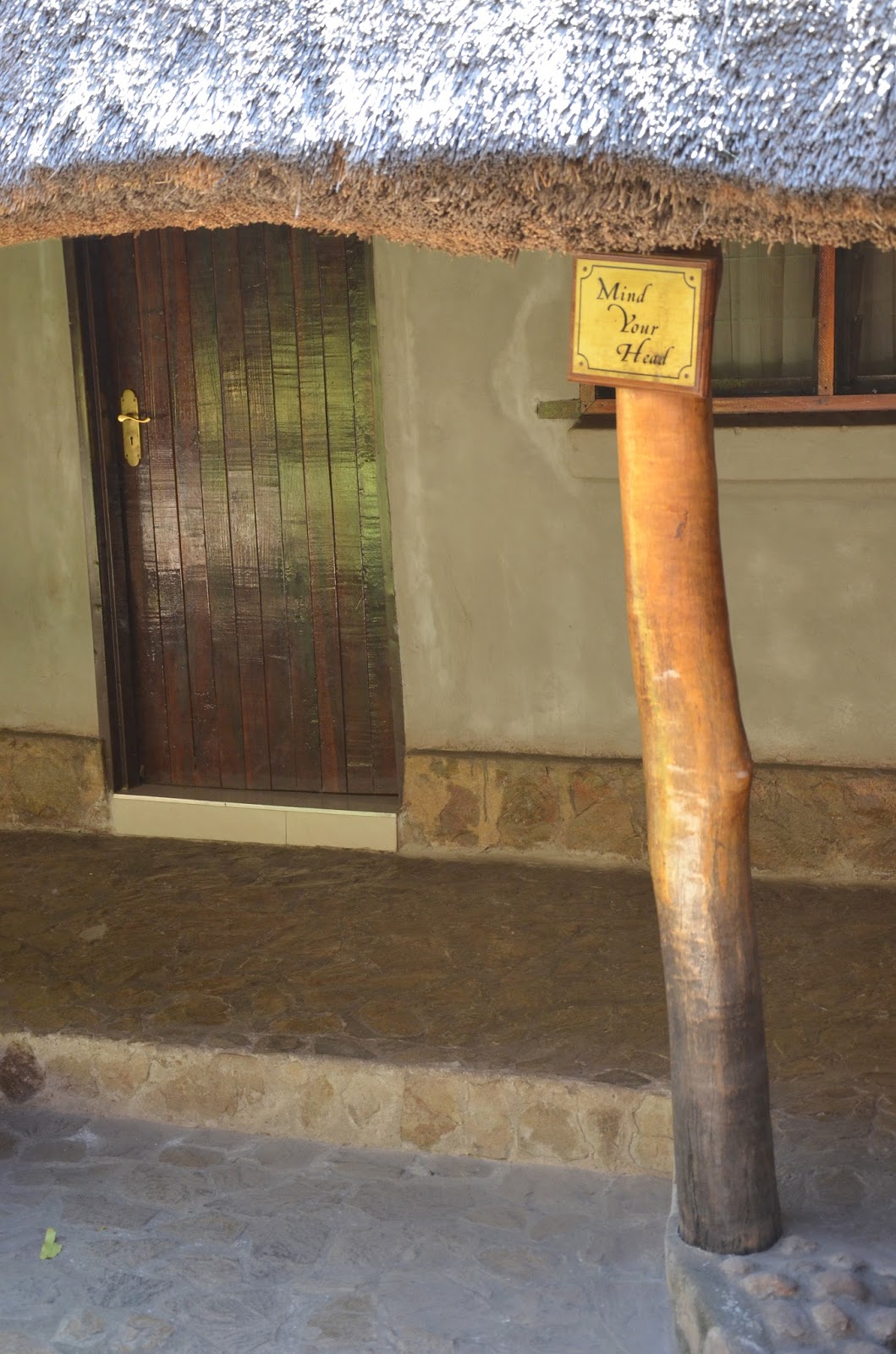 The awnings had "Mind Your Head" signs, which I found really amusing. 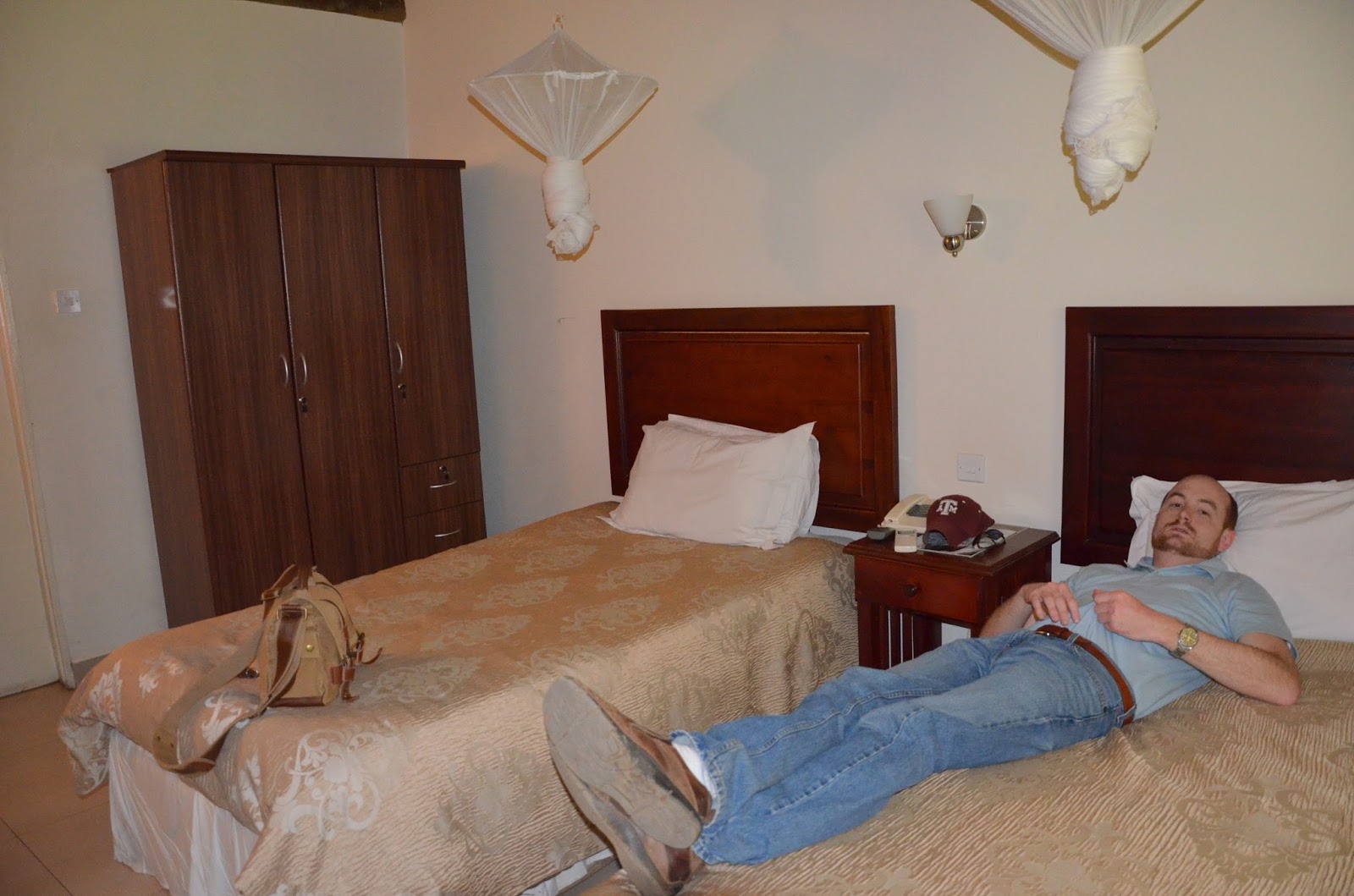 Here is mine and Jason's room...complete with mosquito nets.

We then had lunch and went to the Livingstone hospital to speak with them about our services for prosthetics. 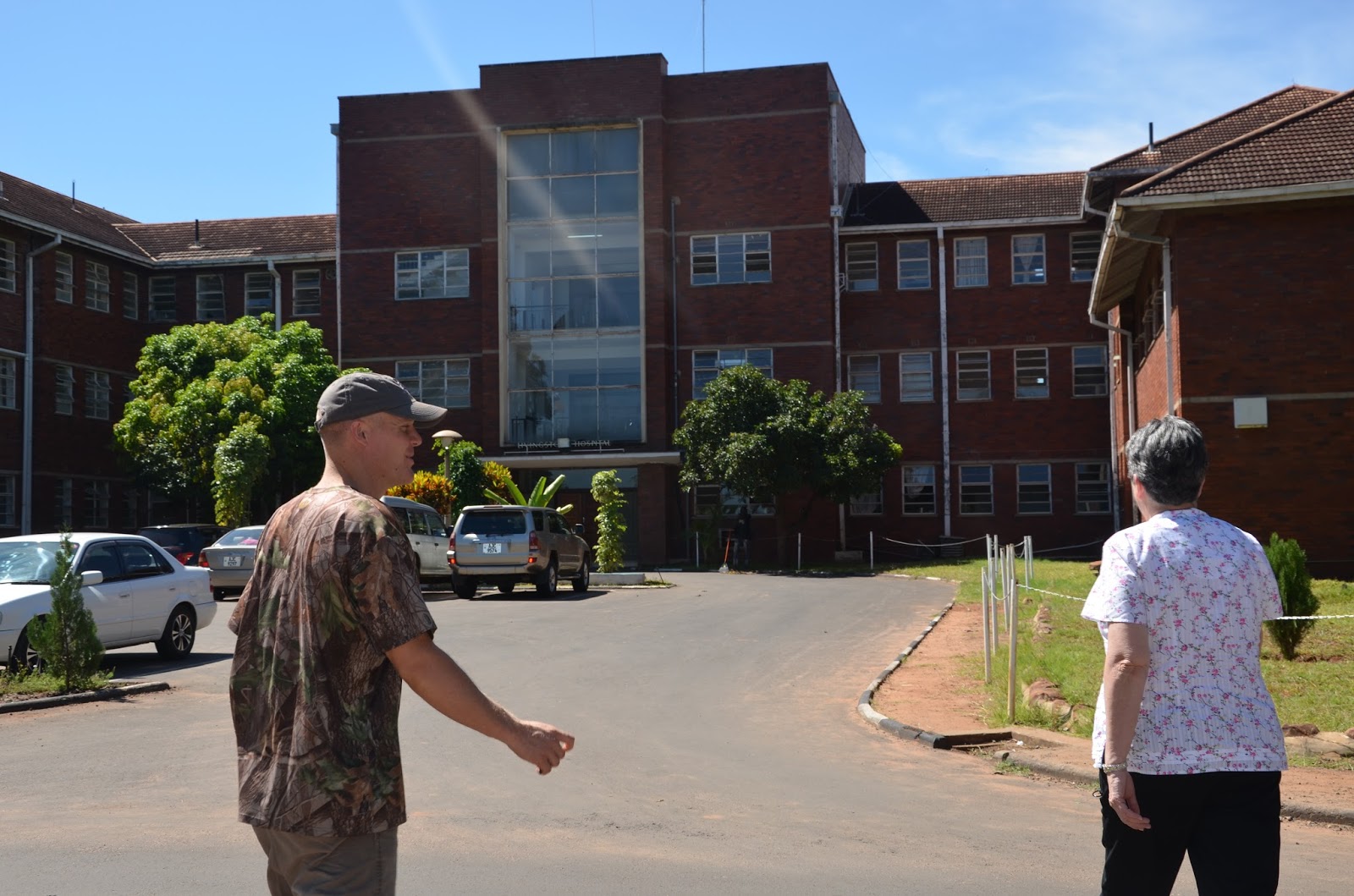 Here is Blu and Chris walking into the Livingstone hospital, which is a very nice hospital in Zambia. Once inside, we again felt like we stepped back in time to a hospital many years ago. 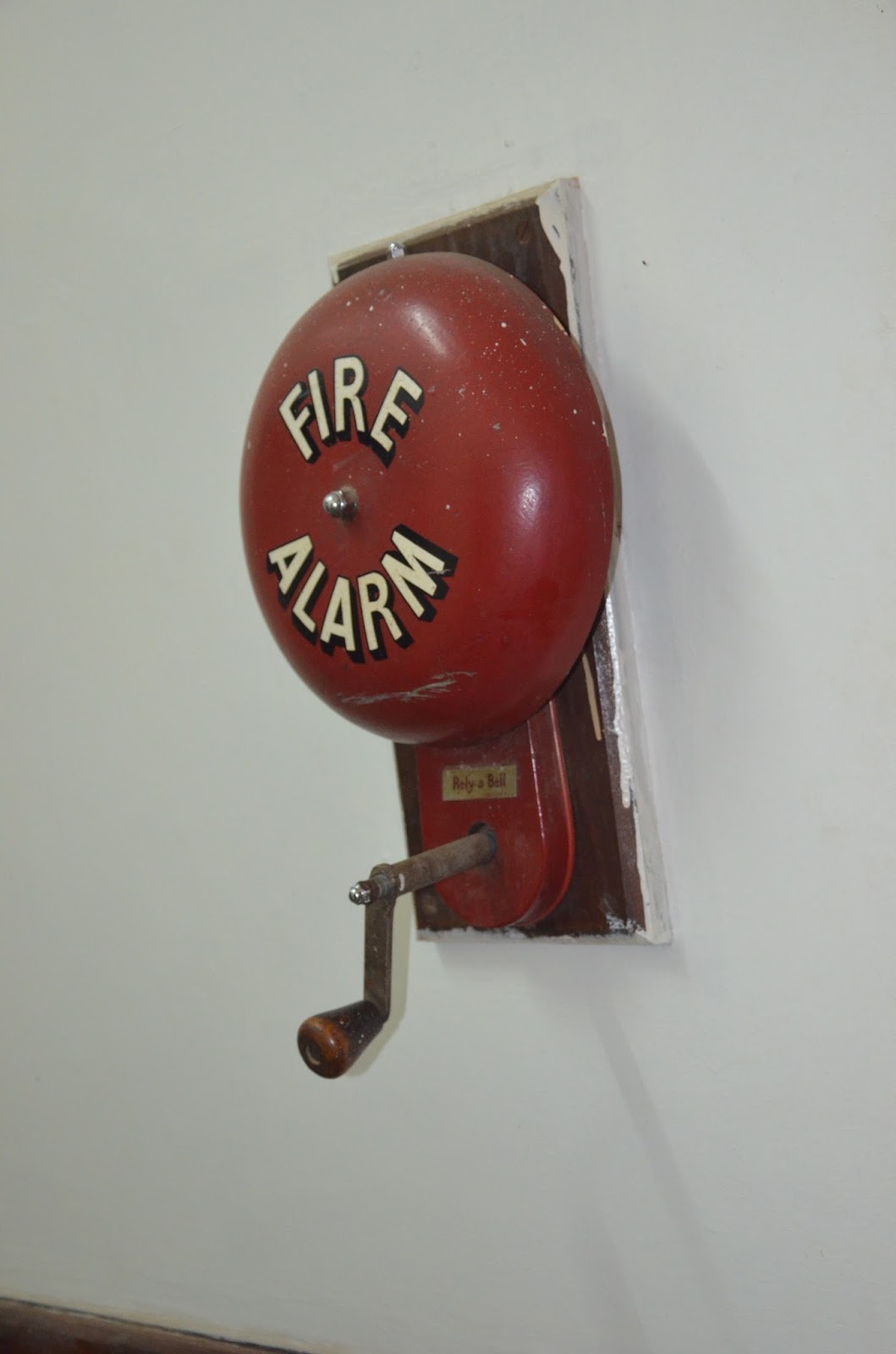 This is the fire alarm in the front area when you walk in the hospital. I hope that thing is loud if it's ever needed. 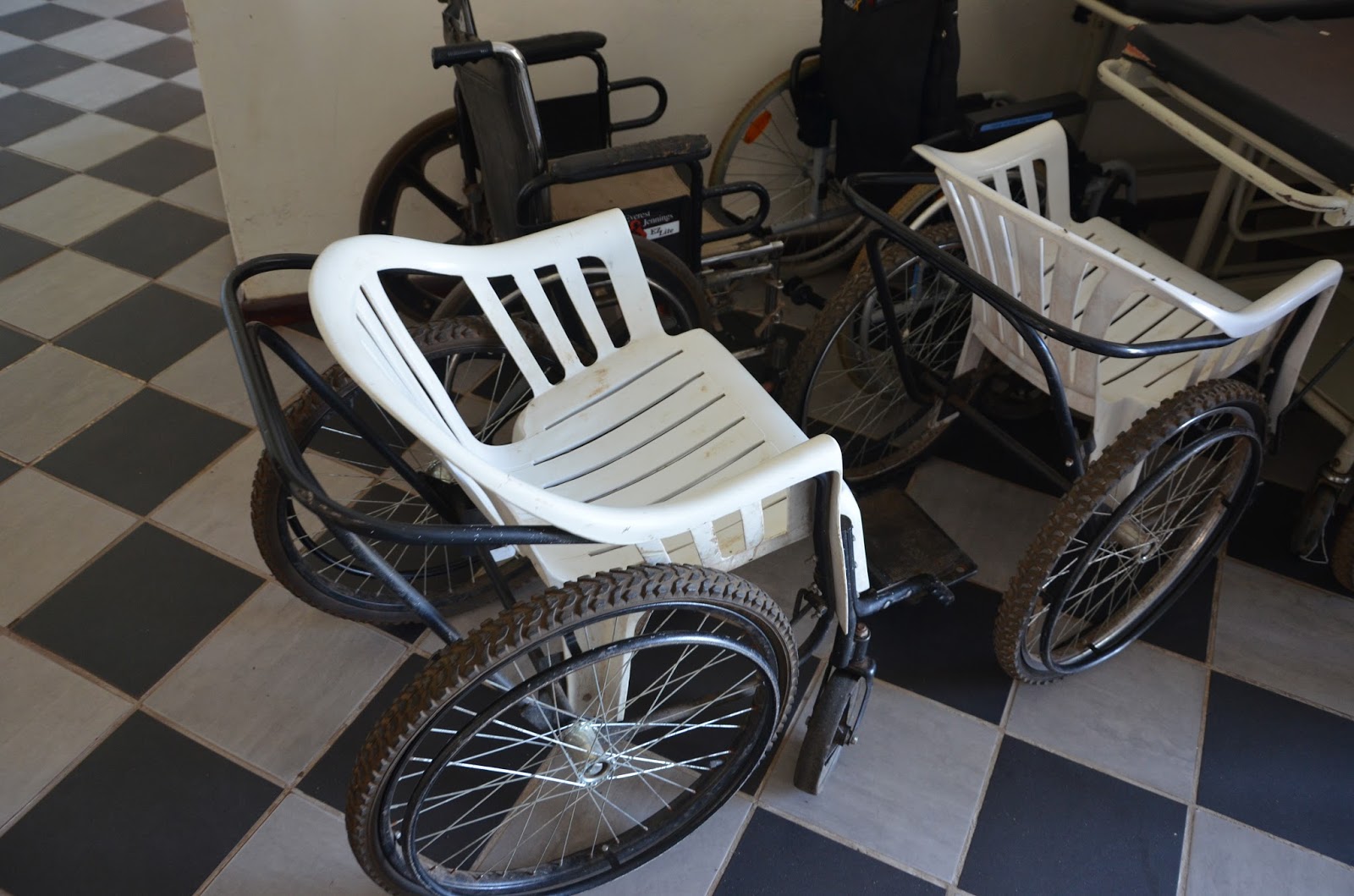 Some very interesting wheelchairs. There was a label on them telling where they came from. Free Wheelchair Mission (http://www.freewheelchairmission.org/) 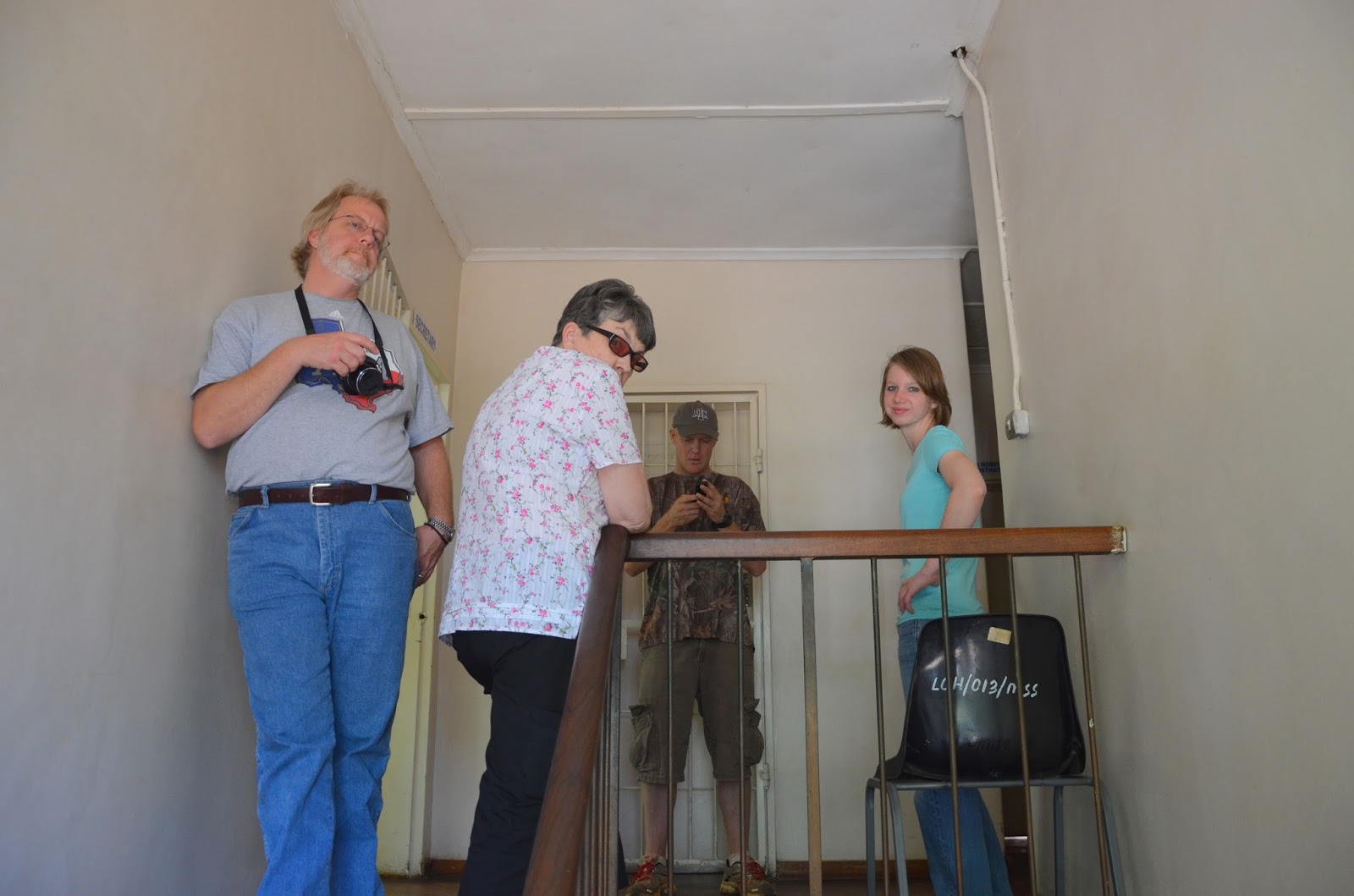 Jason took our picture standing outside the secretary's office. She gave Blu the doctor's cell phone number, and Blu texted him right away that we were there. The doctor was in a meeting with the Minister of Health that was visiting the hospital that day, but he gave Blu a call later in the day to find out about Prosthetic Promises and our plan for a yearly trip there to provide prosthetic services. Blu said that the doctor seemed very interested that we would be doing yearly trips. He and Blu exchanged information and will coordinate for any potential patients we can see next year.

In the afternoon, we were able to go see Victoria Falls and to a market for a little souvenir shopping (with our personal money of course.) Last trip, Chris and John did not have time to go to Victoria Falls but we had the time this trip to go into Livingstone. It worked out so well that we could make contacts at other hospitals and see Victoria Falls. 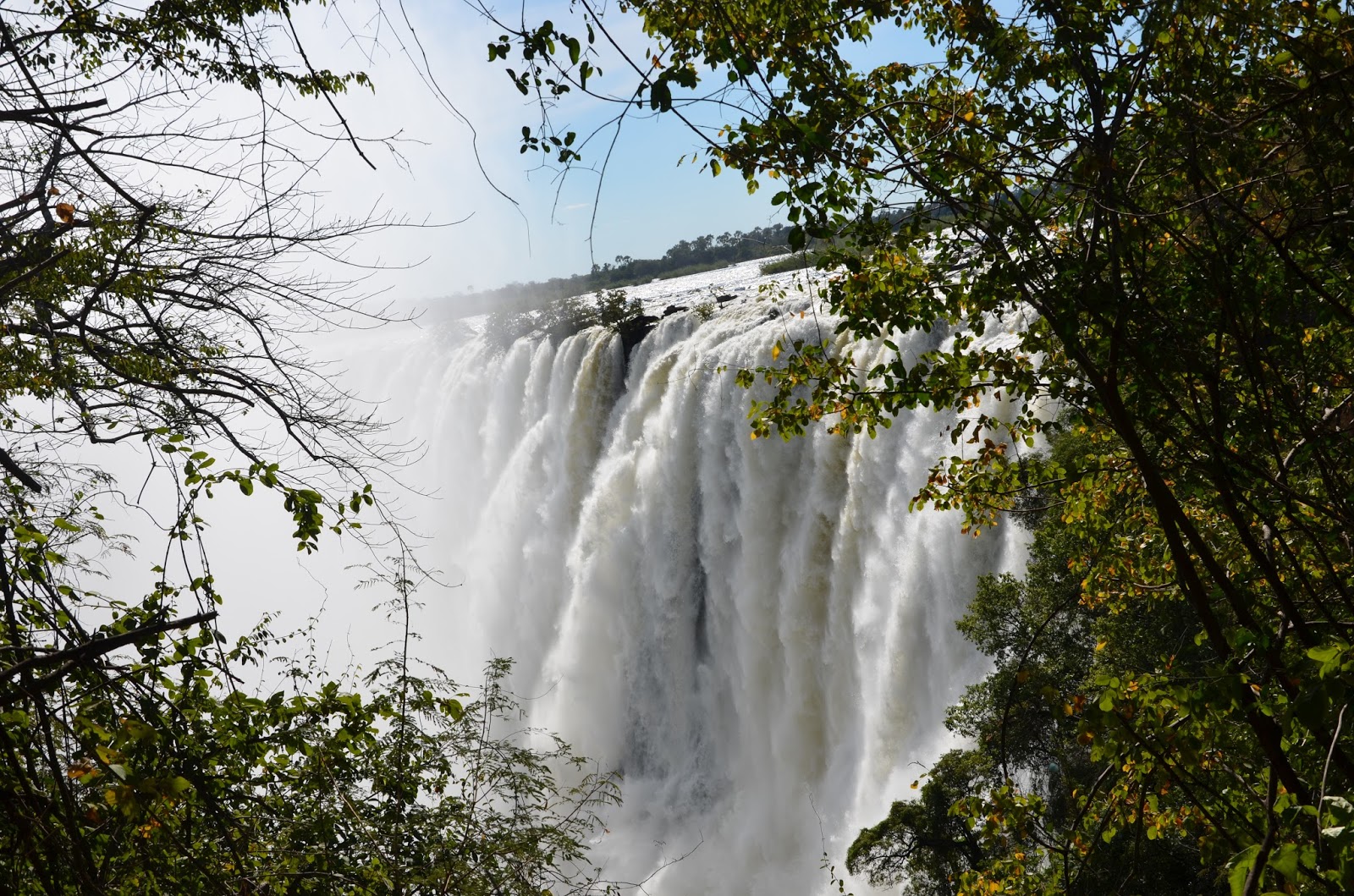 The falls were absolutely stunning! I can't even describe the awesomeness, and the pictures can't capture it either. The roar of the water thundering over the falls...the huge cloud of mist that billows out from the falls and completely soaks a person...the shear size of the falls. God's awesomeness was everywhere. 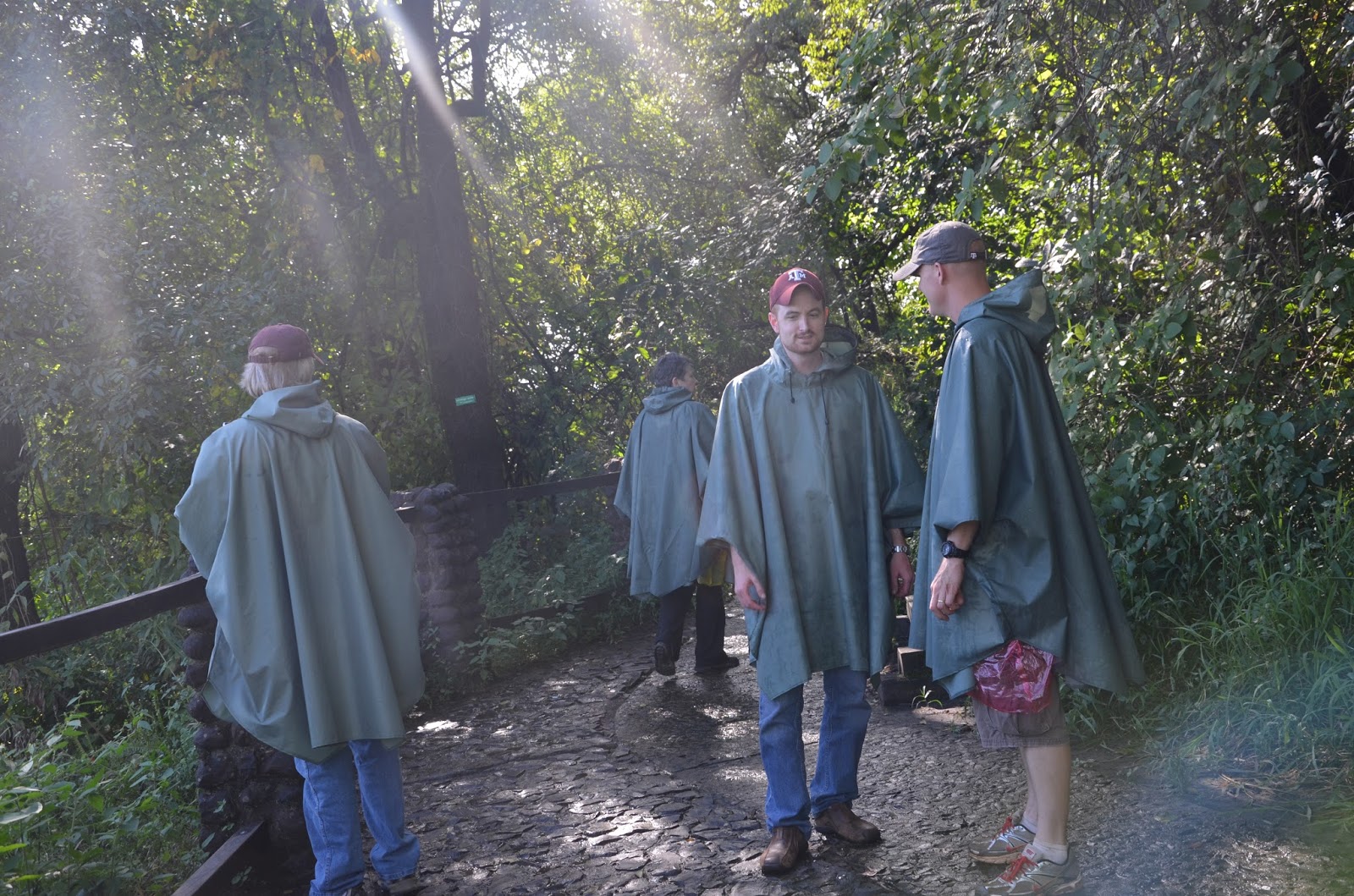 We got to wear these fun raincoats, which was good because the bottom of our pants, shoes and socks were drenched by the time we left. 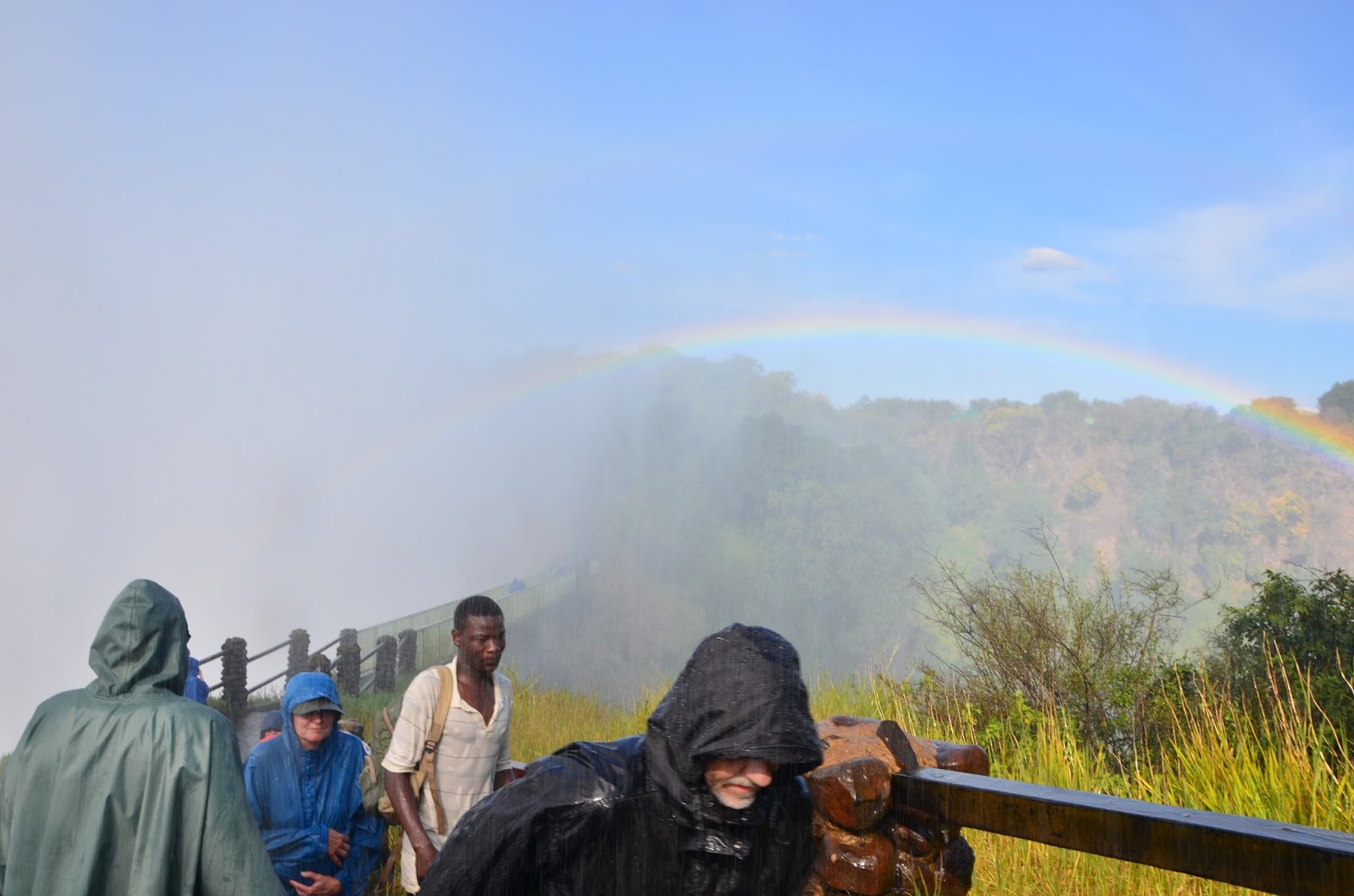 There was a small bridge to cross over the river by the falls(the wettest part), and there was a complete rainbow. By complete...I mean a complete circle around the bridge. We walked through the middle of a rainbow. :) 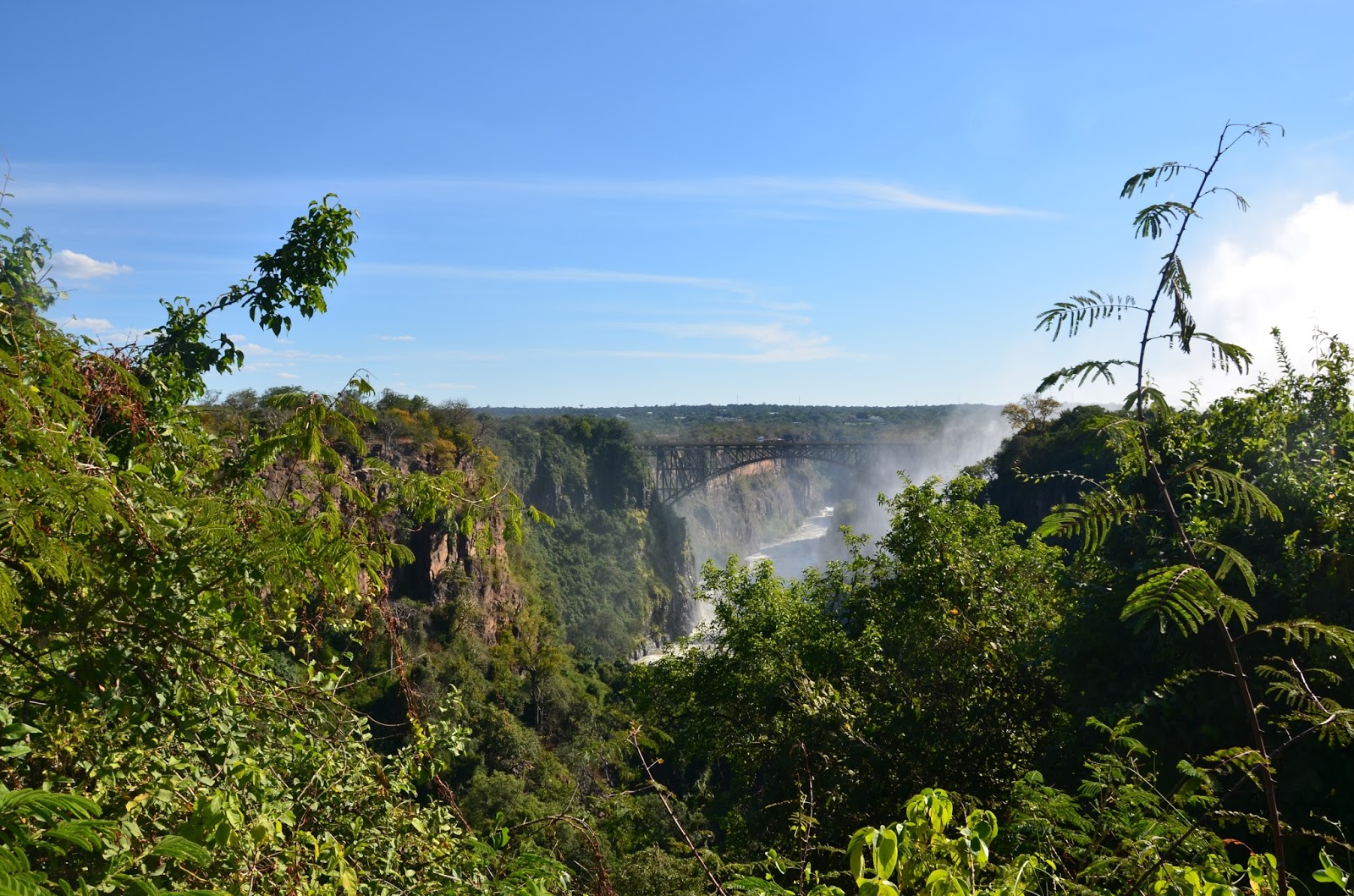 The bridge you see in the distance is the Victoria Falls bridge connecting Zambia and Zimbabwe. It was built in 1905 and carries pedestrian, vehicle and railway traffic. (This picture caption makes me sound like a tour guide.) 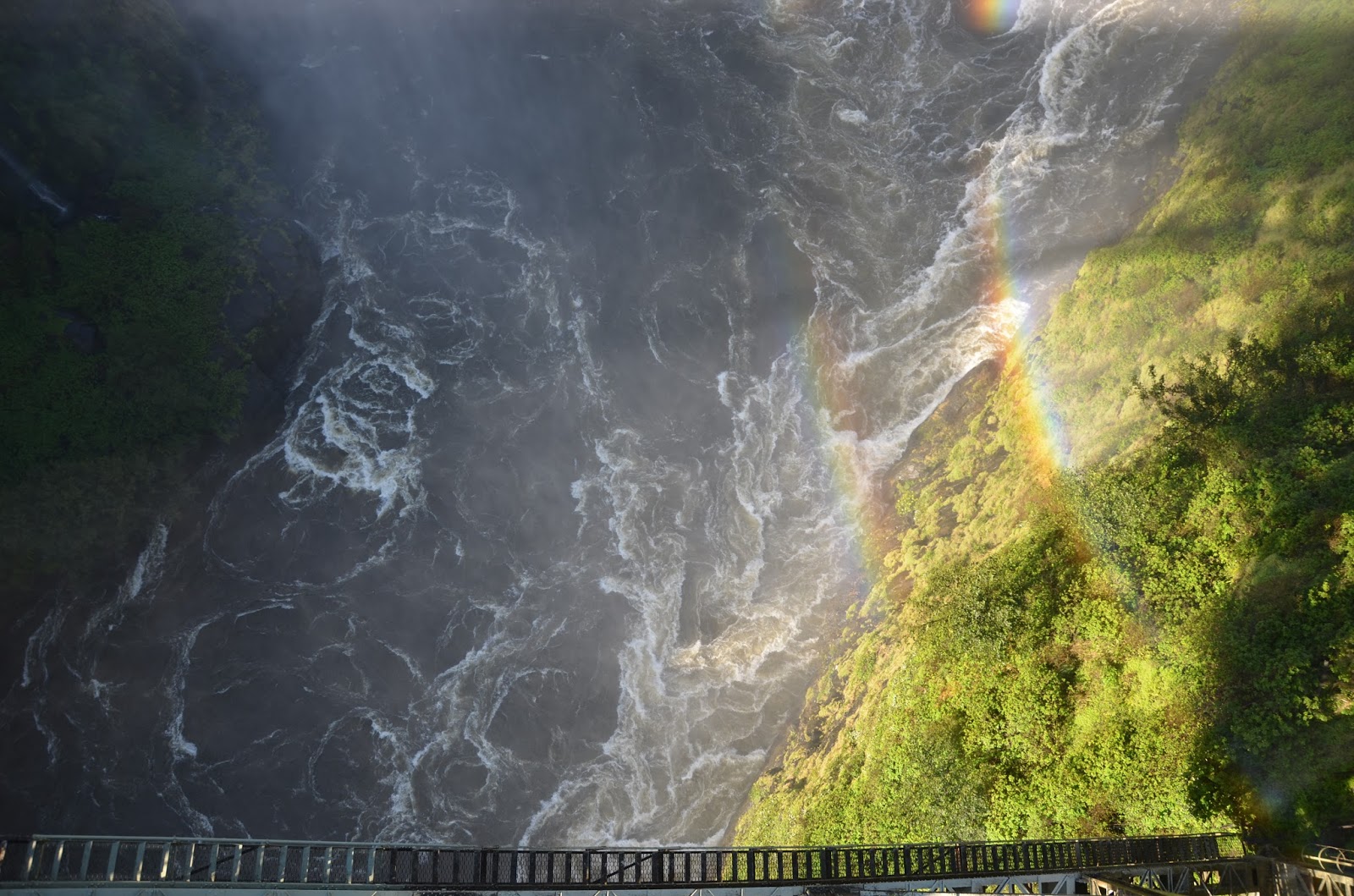 A picture standing on the Victoria Falls bridge...looking straight down. 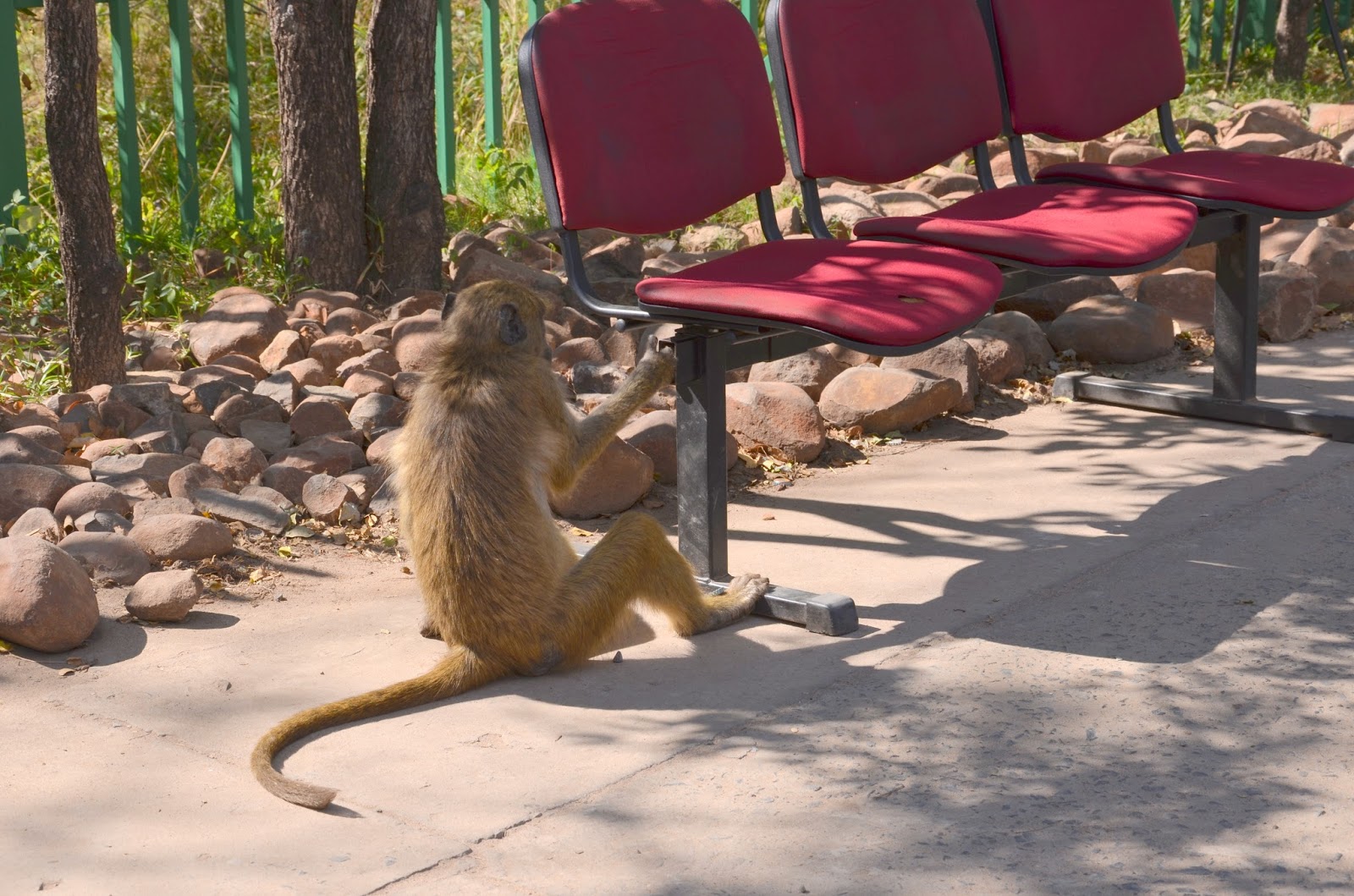 The only African wildlife we saw on our trip...monkeys! They weren't afraid of people and were just wondering around at the entrance to Victoria Falls. 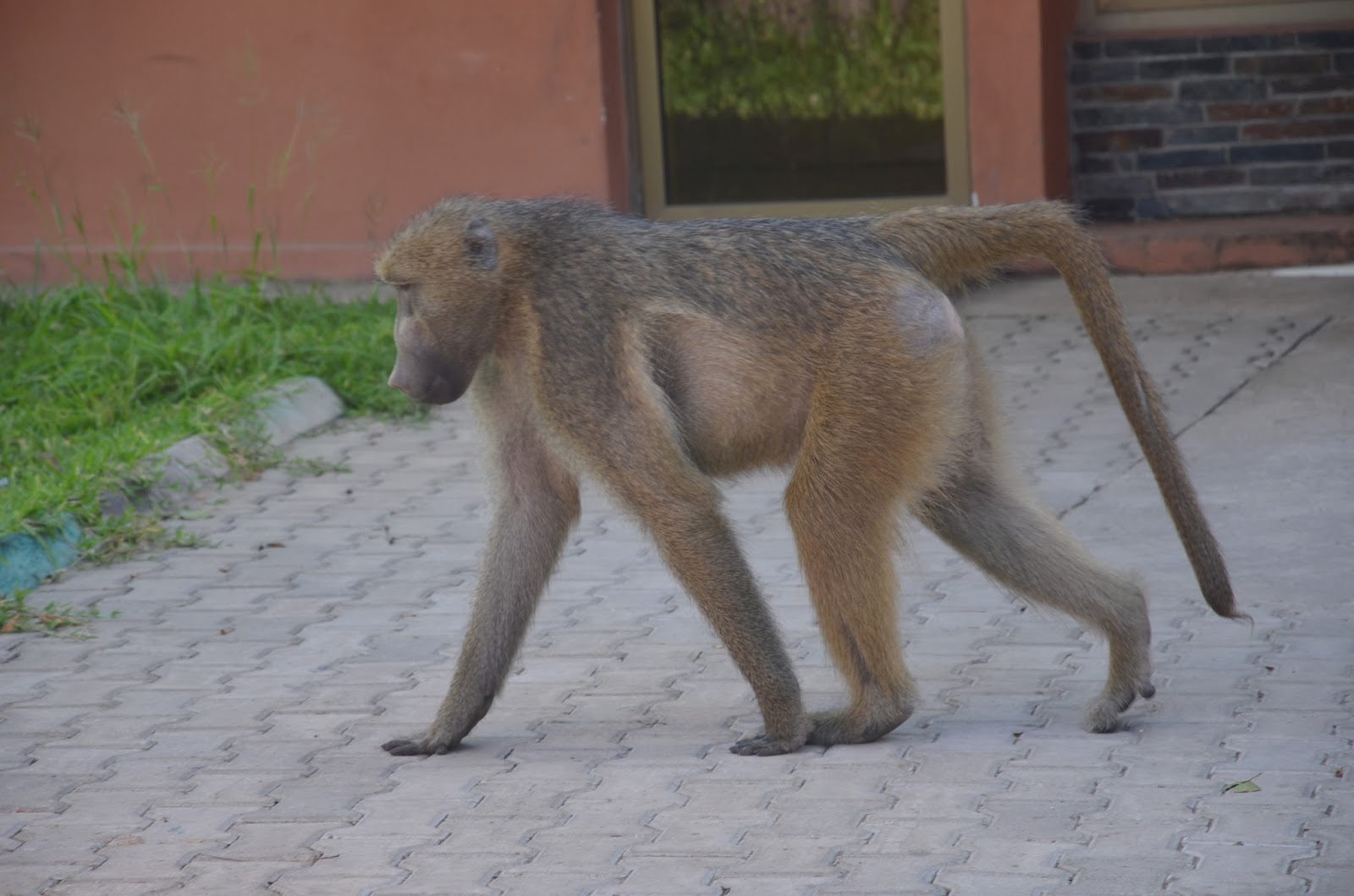 Blu cautioned us to not put our hands in our pockets, because the monkeys may think we have food. The other larger wildlife that you would generally think of in Africa like elephants and hippos are mostly in wildlife reserves. There are African safaris to go on in the Livingstone area but we did not have time to do that. 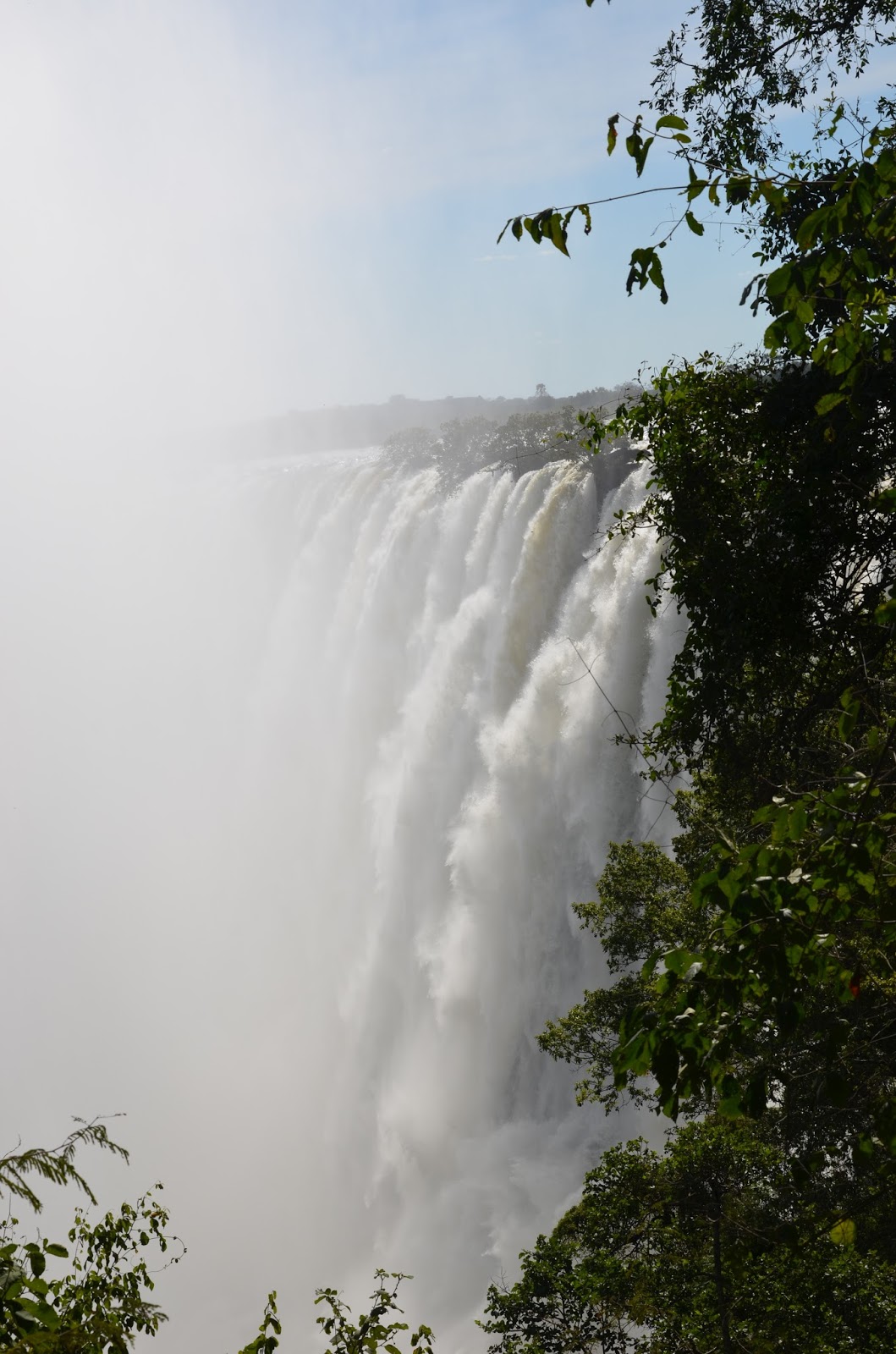 It was so amazing to see Victoria Falls, and we were all thankful there was time for us to do this.

After Victoria Falls, the market and dinner, we headed back to the lodge we stayed at in Livingstone for the night. We left out early Tuesday morning to head back to New Day to see the remaining prosthetic patients for fittings.