Monday started early for John and Erin, as they left New Day at 6am for Livingstone along with Ricky, Debbie, Cindy and Sarah. They were able to go to Victoria Falls on Monday and the market in Livingstone. 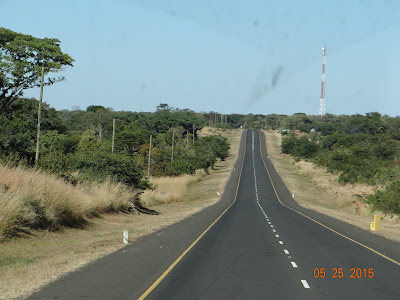 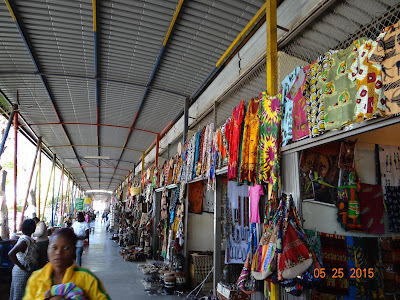 All the market shops lined up. Each shop person invites you to "look around", "looking is free". They aren't as pushy trying to get you to buy things as the people at the Lusaka market last year. 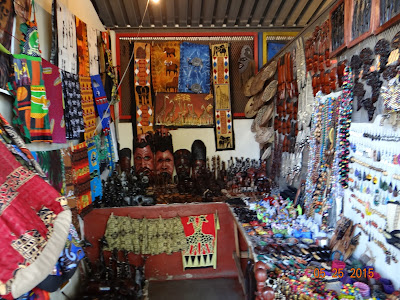 View at what a market booth has. 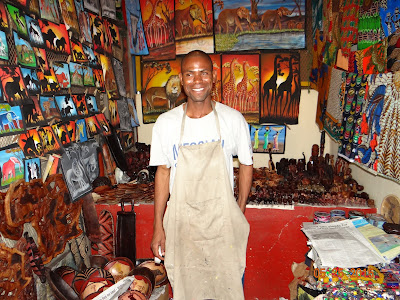 This man's name is Shadreck. He paints all the pictures you see in his booth. He was really nice to talk with.

While at the market in Livingstone, John encountered a man named Stewart who needs a prosthetic eye. John talked with him about Prosthetic Promises and our trip next year. He got the man's name and contact info, so John will be seeing him for a prosthetic eye next year. The man told John that he had an infection in his eye as a young boy, and a witch doctor put a powder in the eye to "heal it" which cause the eye to die and is now shrunken. John talked with the man about Jesus, and he said he knows Jesus now. His story gives an example of the trust in pagan medicine and beliefs that is still prevalent there. 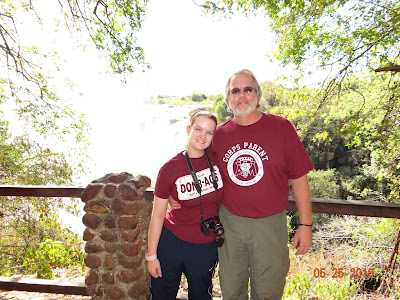 Father and daughter at Victoria Falls!

Monday for Chris and I consisted of the last prosthetic fittings for the rest of the people from Choma---Ackson, Maureen, Harrison and Kin. Also, Boyd came back for an adjustment to his prosthesis, because he felt it was too long. We shortened the prosthesis slightly to make him more comfortable. Greenford also came back, because he didn't like that the prosthetic foot was slightly longer than his sound foot. After some explanation about the fact that all the supplies are donated that we bring, I had him choose either a dark skin color foot that was the wrong size or a light skin color foot that was the correct size. 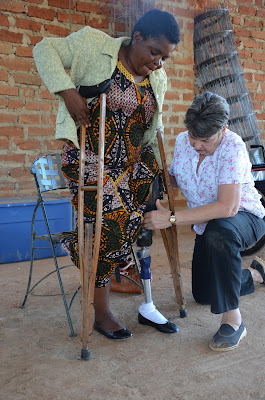 Chris is fitting Maureen with her prosthesis. 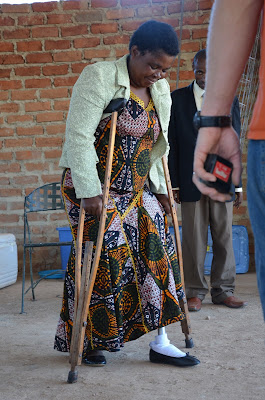 Learning to walk with her above-knee prosthesis. 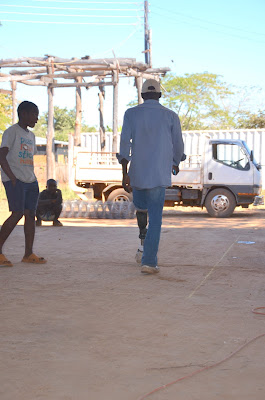 Harrison walking with his below-knee prosthesis. He was one of the patients who had a prosthesis already that was just very worn out, so he's had lots of practice walking with a prosthetic leg already. 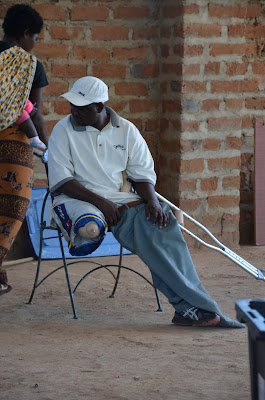 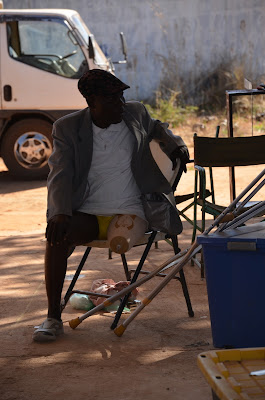 Ackson waiting while we made a few adjustments to the prosthesis. 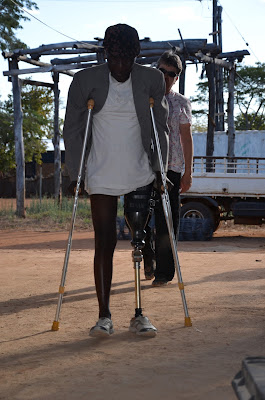 Ackson did very well walking with the prosthesis, and he was so grateful. 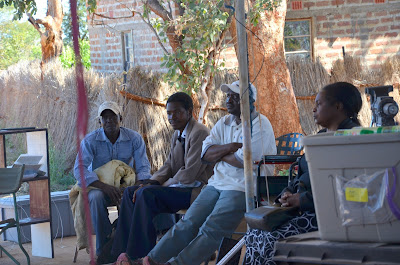 After fittings, the patients were able to see some of the New Day kids do "The Redeemer Drama", which is a skit set to music with just motions and no words. 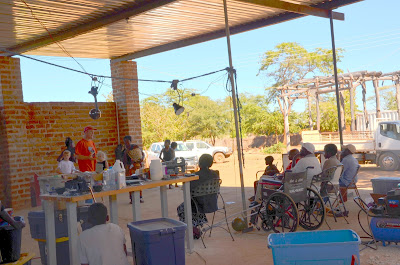 After the skit, Blu explained the different characters portraying Man, Sin and Jesus and how it explains Jesus' sacrifice for us and salvation. Afterwards, several of the patients talked more with Blu about the skit. It was so awesome that the kids were able to do this skit for some of the patients to see.

After the patients left, Chris and I packed all of our supplies in the foot lockers, organized and labeled everything. The supplies and equipment will be stored in The Ark guesthouse until next year's trip. We also packed our personal bags, as we would be leaving Tuesday morning with Niki for Livingstone. 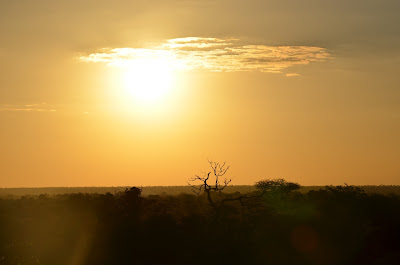 *Next post: Last day in Zambia and heading home...