Tuesday was another busy day with patients from the Choma area. Suzanne, Louise and I left with Protashow driving the bus at 7am on Tuesday to go to Choma where we would see patients for screening at the Disabilities Office. Each trip, we coordinate with the Disabilities Office in Choma to see patients. They tell patients that need prosthetic and ocular prosthetic services when we will be coming and allow us to see patients at their office for screening to determine who we can help. 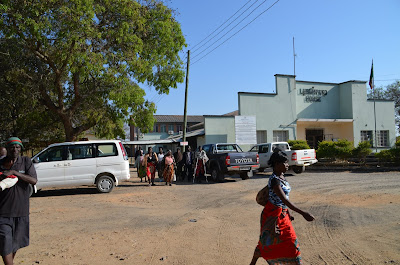 There were a lot of people waiting outside the Disabilities Office when we arrived!

After seeing a few people for evaluations, we figured out there were several people that came who had pain in their legs. There seemed to be a confusion based on the wording of their announcement. Hilda, the lady from the Disabilities Office, had to announce to the crowd waiting that we only are helping people who have an amputation. 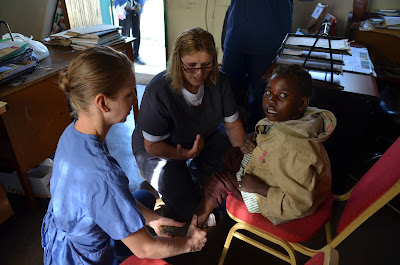 This young girl is not able to walk and unfortunately has significant contractures at her knees and hips, so making braces for her would still not enable her to stand or walk. This is another example of some heartbreaking conversations we have to have. Her mother brought her to see us expectantly, and we had to tell her that there is nothing we can do for her. 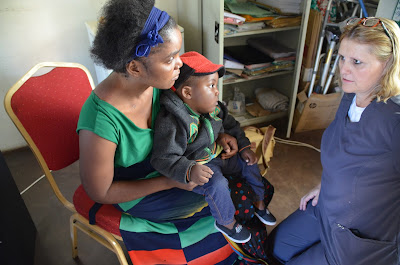 Little Emmanuel needed braces for his ankles. We had some at the clinic that Suzanne fit him with, and she casted him for custom ones to be made in the U.S. and brought back in April for him. 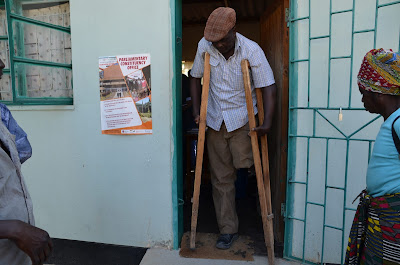 We saw patients in the small Disabilities Office two at a time. Here's someone leaving the office as others are waiting to be seen.


After screening all the patients, we had a completely full bus load of people to head back the clinic. We had 19 patients on Tuesday for either casting for a new prosthesis or repairing/adjusting their current prosthesis. 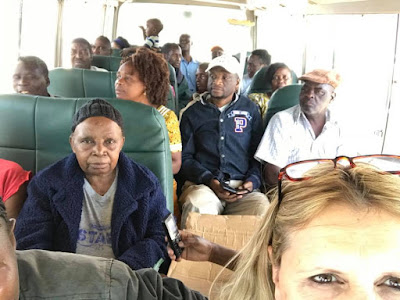 The very full bus on the way back to the clinic! Louise is sitting waaayyy in the back on the floor. 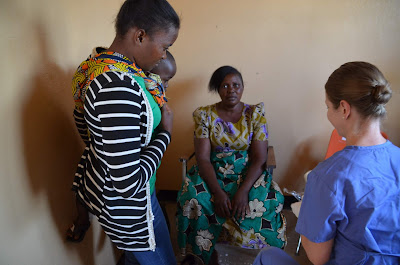 Cledness was casted for a below knee prosthesis. Her existing prosthesis from another clinic is 3 years old and does not fit anymore. 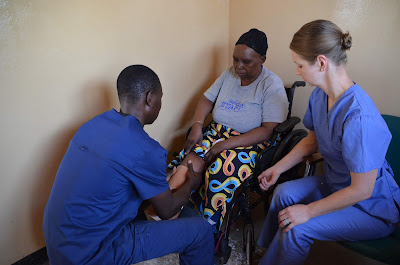 Grace was casted for a below knee prosthesis. She had came in April during the last few days when we were fitting patients, so we did not have enough time to make her a prosthesis. I had fit her with a shrinker to wear during the day to shape her leg, which she has been doing. Protashow got some casting experience while I instructed him as he continues to learn all aspects of patient care and fabrication. 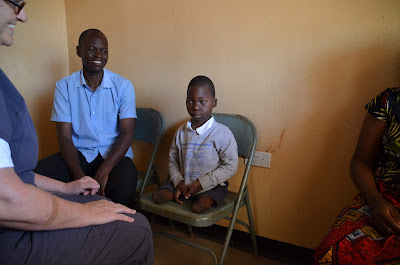 This is Malawo, who has bilateral congenital amputations and hand deformities. He has had prostheses in the past but has outgrown them. Suzanne casted him for bilateral "stubby" prostheses. Stubbies are short prostheses without a knee joint. 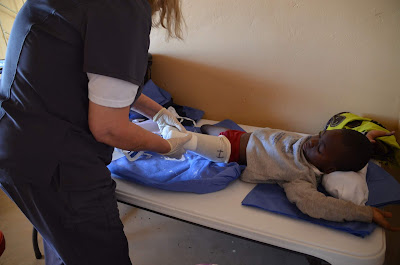 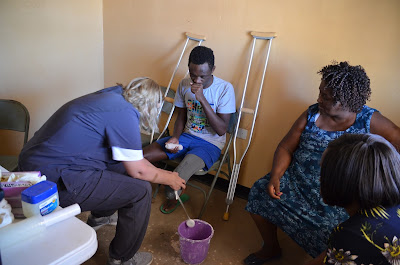 Christopher was casted for a below knee prosthesis. 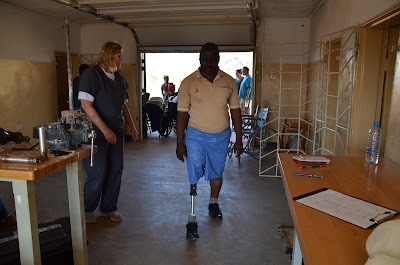 Lawrence needed a repair to his above knee prosthesis to replace the footshell on the prosthetic foot, which had torn. Suzanne also worked with him on gait training more, because he was keeping the prosthesis too far to the outside. He really improved how he was walking by the time he left the clinic on Tuesday! 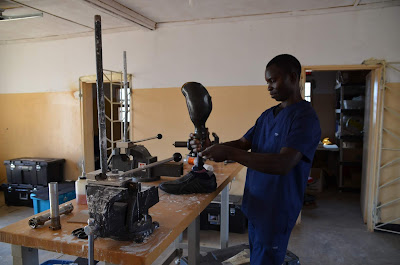 Protashow working on alignment of a prosthesis. 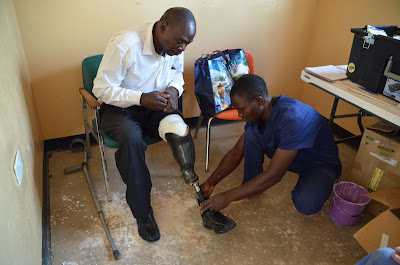 Greenford was seen for repair to his prosthesis and adjustment. He needed a new foot, as his current foot was broken. He also got new supplies and adjustments to the socket to improve the fit. 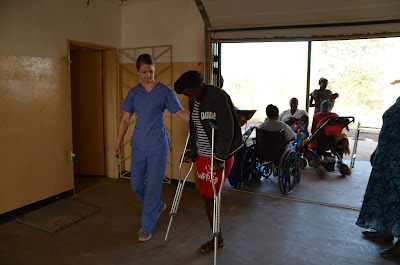 Thelma was casted for an above knee prosthesis. Her amputation was in 2017 due to a car accident. 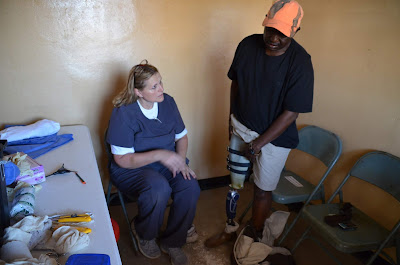 Matthew needed a repair to his above knee prosthesis. 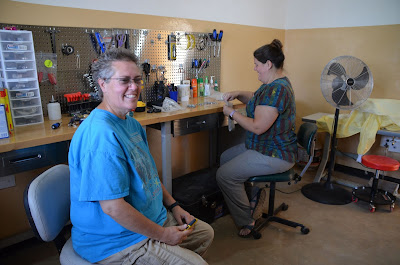 Gaye and Sam stopped by the clinic to see where they could help out. Poor Sam...I tasked her with separating tiny little Chicago screws into different bags. 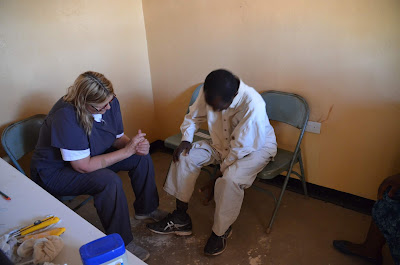 Mwetwa was seen for repair to his existing below knee prosthesis. 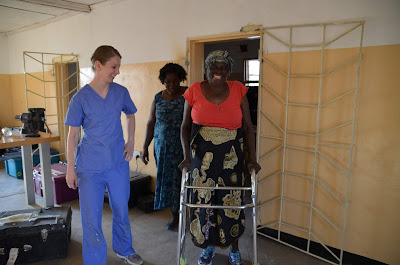 Rosemary was seen for adjustment to her below knee prosthesis that she got in April. She is doing well walking with a walker. She was all smiles and laughs...such a wonderful lady! And she taught me a new Tonga word "shoopa" (not sure of the spelling), which is "problem". The 'problem' was getting up off the chair after she has sat so long waiting to be seen. We had a good laugh about that. 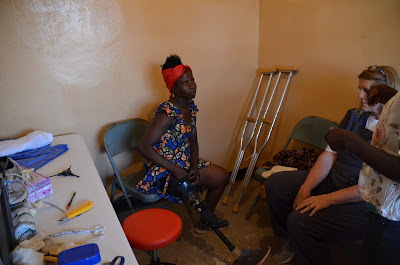 Juliet was seen for a check up on her above knee prosthesis that we fit in April. She needed a new liner, and we made a small adjustment to the knee. 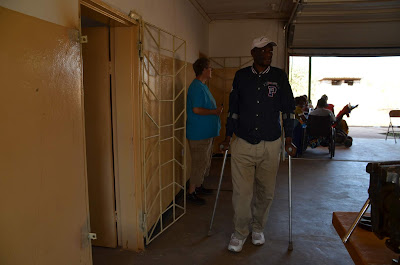 Christopher who we saw in April for a prosthesis needed some alignment adjustments and new supplies.

We saw Alan, who has a below knee amputation that is not completely healed yet. This was disappointing because he came thinking he would get a prosthesis. We fit him with a shrinker, which is a tight compression garment to help shape the leg, and we'll see him in April for casting for a prosthesis after the wound is completely healed.

We also saw Cliness for check up who we fit with a prosthesis in April. The wound on the bottom of her leg is back again and looked infected. After some question and answer with her parents, who brought her to the clinic, it seems that she is still walking some at home without the prosthesis on. She has a Symes ampuatation, which means her foot was amputated but she still has the full tibia and fibula. This type of amputation is designed for someone to be able to bear weight on the end of their leg, but Cliness has had a history of a wound on the bottom of the leg that has become worse and possibly infected due to walking without her prosthesis on. Protashow translated for our conversation, and we told her parents multiple times how very important it is for her to go to the hospital and gave them money to take her there. We will be checking on her to see how she is doing. 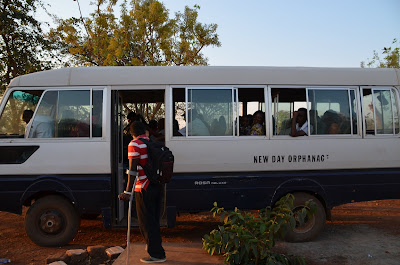 It was a big day Tuesday with lots of patients! We finished up seeing patients about 5:30.


One of my favorite parts about the first few days of seeing patients for evaluations is seeing some of the same people again. Every person we've seen before has a big smile and handshake for us when we greet them. Though we don't spend a long time talking with each person, it's developing these relationships and being able to care for the same people each trip that I think is really meaningful...and hopefully they do too.