On Thursday, Suzanne, Protashow and I continued with fabrication and Louise organizing the clinic. We also had 2 patients on Thursday. 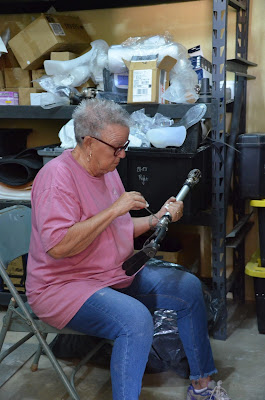 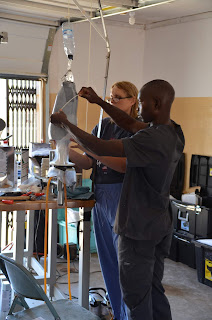 We got started with laminations but we were encountering some issues with how the resin was setting up, which we finally assumed was because we were using an opened can of resin that was from the April trip. Note taken: probably best to not use opened resin. We're so used to working in our temperature controlled offices in the U.S. where how chemicals react and how plaster sets up isn't as big a deal. In Zambia, we encounter differences in how the resin and plaster acts just from morning to afternoon each day because of the temperature and dry environment. 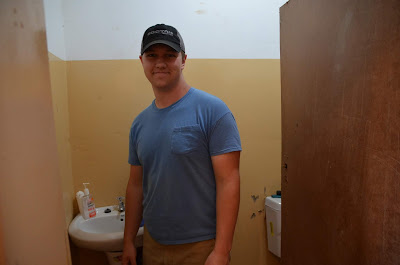 Lane, who is a short term volunteer at New Day, came up to the clinic to put a doorknob on the one of the bathroom doors for us. He also installed towel racks in the two bathrooms! The towel racks were an awesome surprise...such a little thing, but so thoughtful of him to take time to do for us. 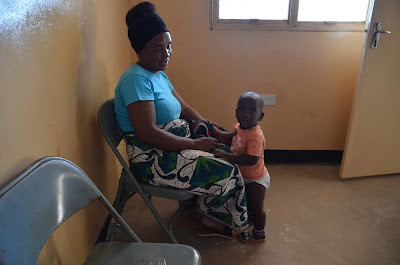 Chileleko is one of the kids at New Day and came for Suzanne to evaluate him for leg braces for bowed legs. Mama Tembo, his house mother, brought him up to the clinic. 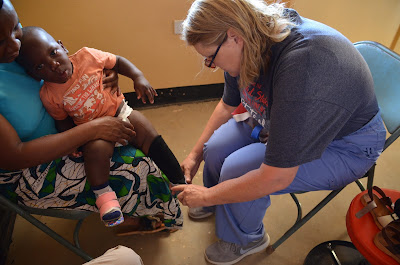 He was not too happy about the whole process. 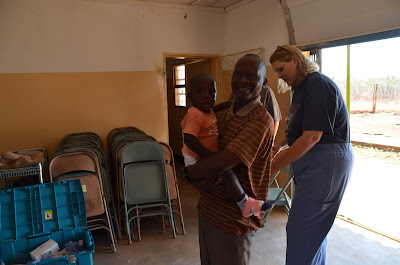 But was better when Papa Tembo came to save him. (And he got a lollipop on the way back which made things better)

Suzanne fit him with a short ankle brace on the right side and taller ankle brace on the left side to help with his leg alignment. Because we don't know the etiology for why his legs are bowing, we recommended that he see an orthopedic doctor. 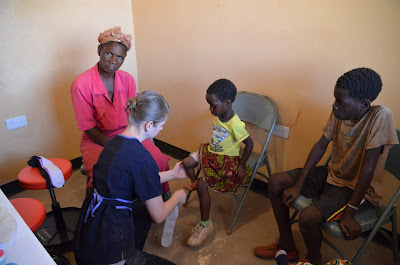 Rhoda also came for a check-up. Rhoda has a clubfoot on the right side and uses a bent-knee prosthesis, which allows her to kneel into the device and have a pylon and prosthetic foot underneath to walk. She only needed a few minor adjustments, new straps and some new socks. 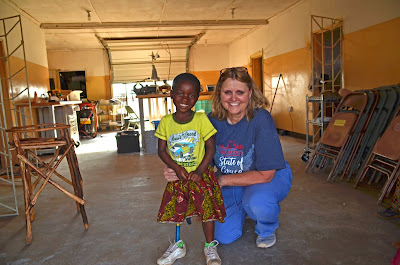 We first saw Rhoda in 2016 when Suzanne came, so Suzanne was very excited to be able to see her. 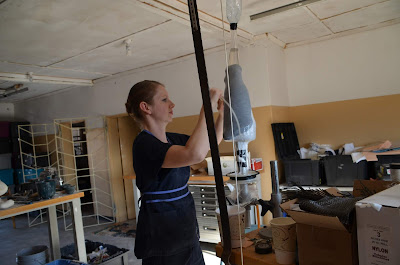 Documentation that I did a lamination. (I'm not very fast at doing this, so it's generally best if someone else does this part) 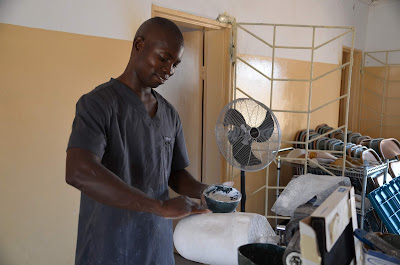 Protashow working on a plaster mold. 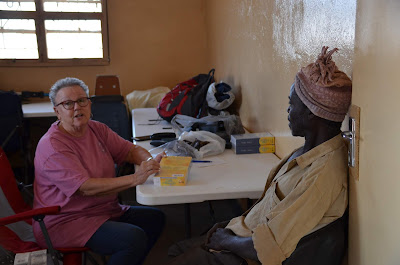 Louise was able to help 2 more people with eyeglasses on Thursday. She did a much more thorough job of helping people find some eyeglasses to help with their vision than we've been able to do in the past. We were so thankful for her taking the time to sit down with each person to help them find a pair of eyeglasses to improve their vision.

*Next post: Friday, Sept. 14: Fabrication and another patient
Posted by Katie Brinkley