Wednesday was a busy day at the clinic! And the start of all the patient fittings. Since John would be leaving earlier than us, he had his patient fittings on Wednesday and Thursday and then the prosthetic and orthotic fittings were on Friday and Saturday.

Protashow left first thing Wednesday morning to go to the Macha radio station to pick up patients for eye fittings with John. This turned out to be somewhat inefficient because all the patients except one came to the clinic on their own, so Protashow arrived back at the clinic with the one patient and everyone else was already there. John had 7 eye fittings on Wednesday. 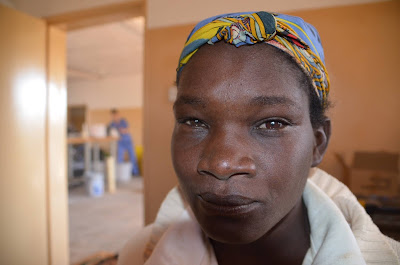 This is Rosemary, who is 16 yrs old. Her eye was injured as an infant from a tree branch as her mother gathered fire wood and was carrying her on her back. This is by far the most common story John has encountered for the reason for eye loss in Zambia. 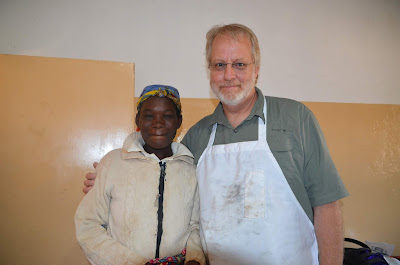 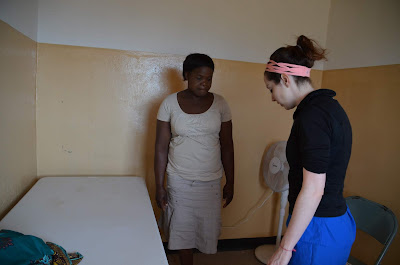 Amanda had a new patient come on Wednesday. She has weakness in her leg since a fall and fracture. They worked on strengthening exercises. 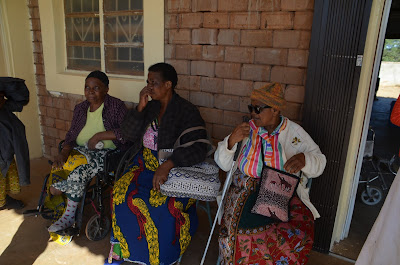 The lady on the right is one of John's patients, Agness. The other two ladies are family members, and the woman on the left has a below knee amputation. This was a difficult conversation to have. She came with Agness, who was getting fit with her prosthetic eye, since they had seen that we do prosthetic legs as well when Agness came for evaluation. The woman's amputation was late last year. We didn't have enough time to make her a prosthesis since she came only a few days before we would leave. I fit her with a shrinker (a compressive sock for her leg) for her to wear during the day to help shape her leg in preparation for prosthetic fitting. We got her contact information, and I will see her in September to make her a prosthesis then. 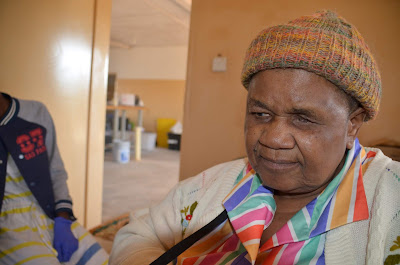 This is Agness. When John asked her age, she told him she didn't know. 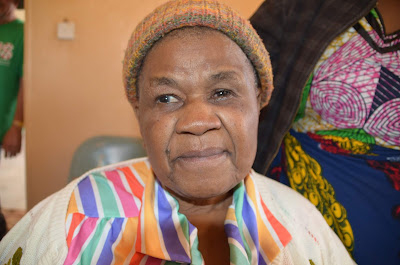 Cataract was the reason for her eye loss. 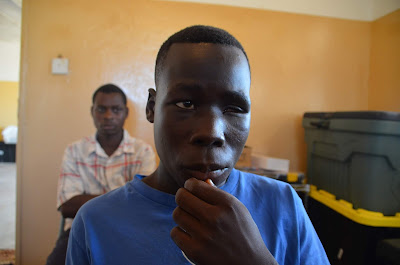 This is Steven, who is also 16 yrs old. He had some type of foreign object in his eye that caused an infection and required removal of his eye. 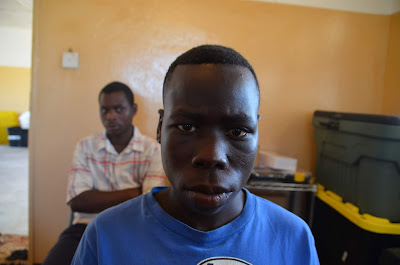 After fitting of his prosthetic eye. 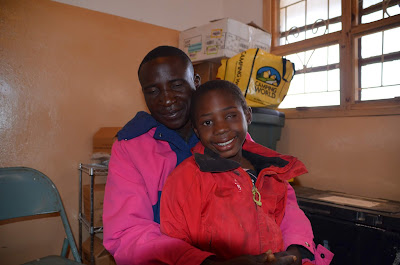 The little girl is Coliness, and she had a penetrating injury to her eye caused by a piece of straw. John said he was most disappointed in the outcome of her prosthetic eye, because he did all of her fitting by guess work because of her anxiety and fear. Poor John, she was so terrified of him when she came for evaluation. 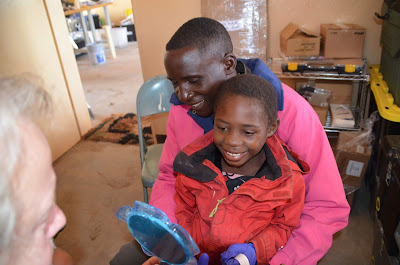 He did get a smile when she came back for fitting, but it was still a bit of an ordeal. John hopes to get a much better fit next year. And hopefully she won't be so scared then.

Also on Wednesday, the supplies from the shipping container arrived! This was the container that was loaded in December. It had arrived in Choma, and a truck was hired to bring the supplies from Choma to New Day. Some of the older kids at New Day and staff came up to the clinic to help unload the supplies. Chris, John and Amanda worked on sorting items as they unloaded to determine where it should go in the clinic. 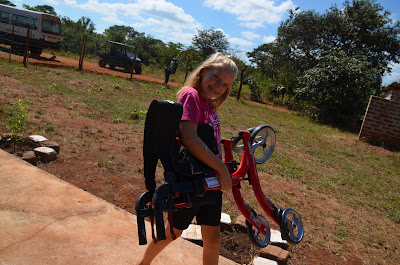 Cambree carrying in a rolling walker. 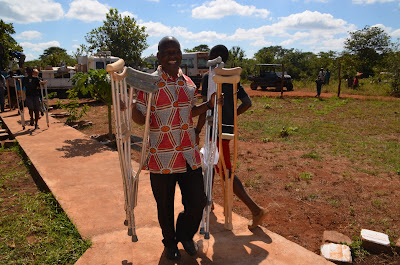 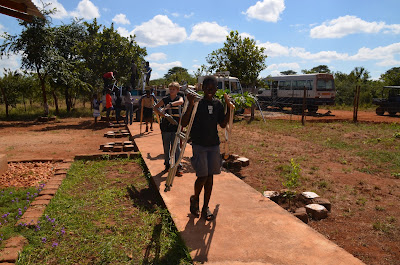 More crutches! We also got plaster that will be used for September's trip, more shoes and the new vertical alignment jig we had packed! 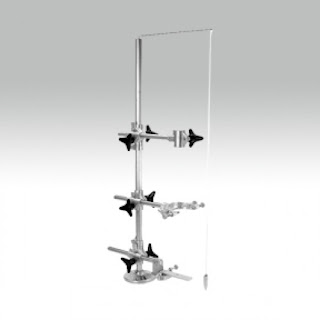 I couldn't find a picture of the alignment jig in all my pictures from this trip, so this is from a Google search. But this my friends, is an important piece of equipment we use in fabricating prostheses. And the old one we had was just that...old, and missing a few parts and rigged to work in a few places. (Just imagine a little ray of sunshine shining down on this picture with the hallelujah chorus) 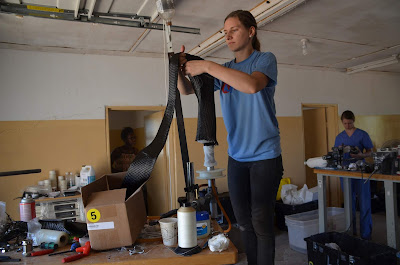 In between John's patients, the shipping container supplies arriving and Amanda's new patient, fabrication continued of prostheses and orthoses. Here's Carolin laminating the brace for Harrington. 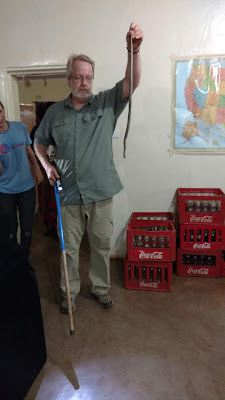 Wednesday's eventful day wasn't quite finished with our work at the clinic. When we got to the guesthouse for dinner, Amanda and Carolin discovered a spitting cobra in their bathroom. John and Fostina took control of the situation and killed it! Whew!