Friday was fitting day for the Macha area patients. Protashow went with the bus first thing in the morning to Macha to pick up the 9 patients we would fit on Friday. 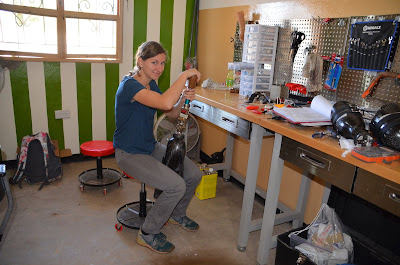 While we waited for the patients to arrive, we worked on getting the rest of the prostheses ready for the Choma area patients who we would fit on Saturday. 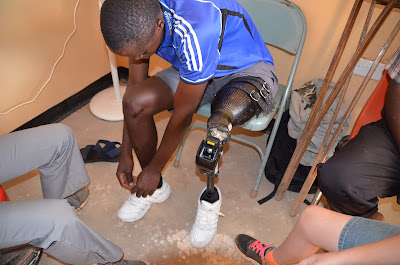 Here's Christopher getting his prosthesis and new shoes on. 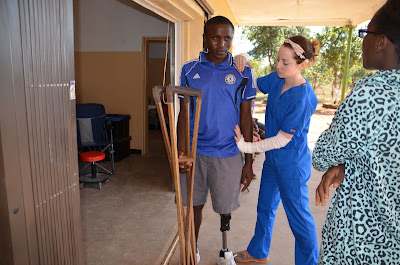 After making sure the prosthesis fit well and was adjusted properly, Amanda worked with Christopher on gait training. 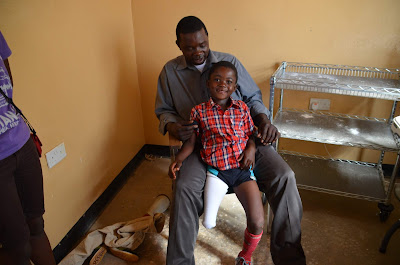 Here's Blessford with his father. Blessford was seen last year for repair to a prosthesis he had that was a "straight leg" prosthesis, meaning the knee did not bend. We brought a pediatric prosthetic knee specifically for him this year. 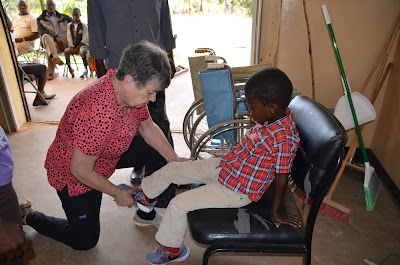 Chris making some adjustments on his new prosthesis. 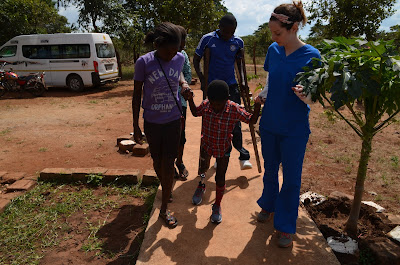 Blessford getting some gait training with Amanda as he tried to figure out the new prosthesis with bending knee. 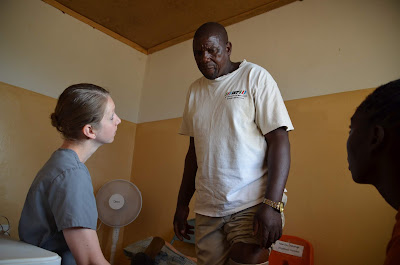 This is Boyce, who has an amputation below the knee. I made him a prosthesis 2 years ago, which is now not fitting well, so he got a new prosthesis this year. 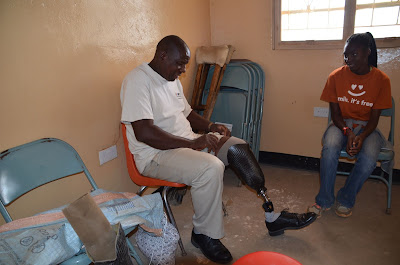 His fitting didn't take as long since he is familiar with how to use a prosthesis and all of the instructions. 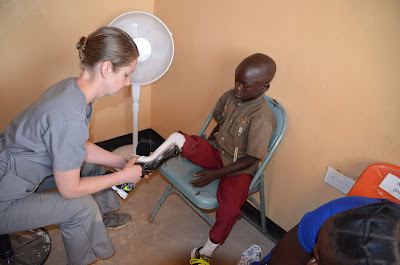 This is Akim, who had a foot deformity with his right leg much shorter than his left. Last year, we repaired his existing device but he needed a new one this year. 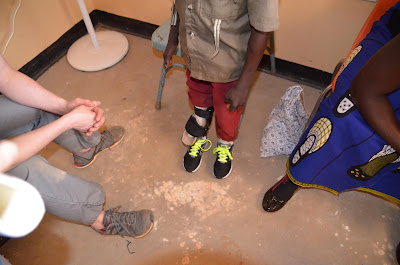 This is essentially an orthosis and prosthesis combined. The portion at the top is an AFO (ankle-foot orthosis) to support his leg, ankle and foot and then underneath is attached a pylon and prosthetic foot to make up the height difference. This is the same design as what he had before, so he is familiar with walking with this type of device. 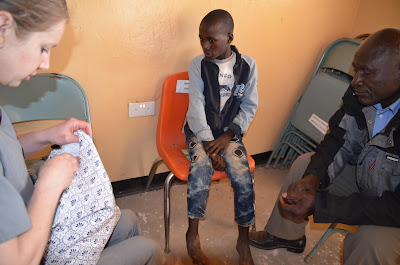 This is Harrington, who has a right foot deformity with tone. I was able to correct his foot to not invert (bend inward) but his toe still pointed down. 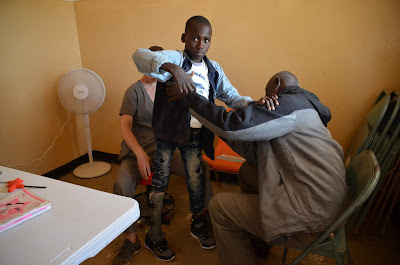 This brace is holding his ankle and foot at the best corrected position and enables him to walk without walking on the side of his foot. I hope to slowly correct his foot more over time with new braces. He would really benefit from seeing a neurologist and botox injections for the tone, but this care is not available in Zambia to our knowledge. 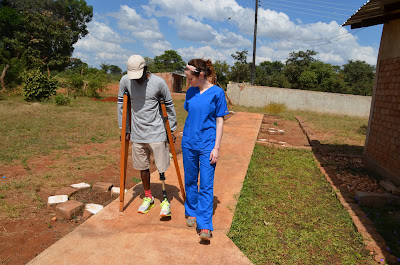 Here's Amanda working with Patrick on gait training with his new prosthesis. 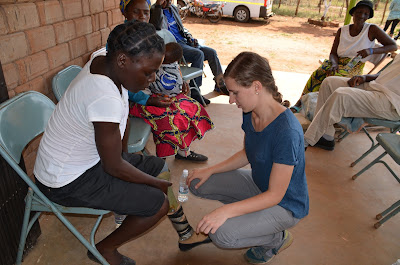 Carolin did have one repair to do on Friday, which we weren't expecting. 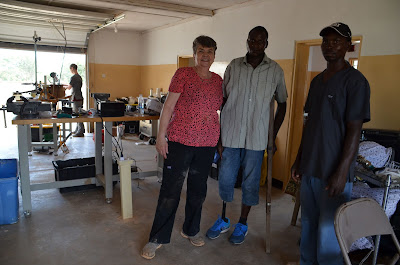 Chris and Protashow with Given after fitting of his below knee prosthesis. 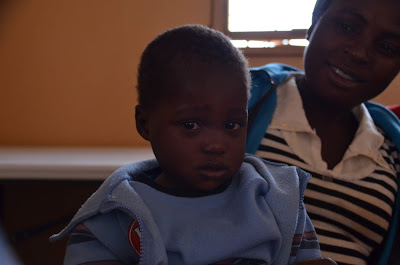 This is Best, who is just over 2 yrs old. He has a congenital amputation, so he has never walked before. 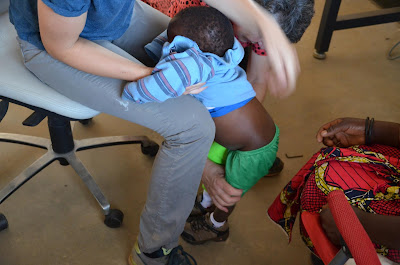 His prosthetic fitting was a bit difficult. He was scared so he was crying, and then towards the end he fell asleep. Best is about the age that Luxon was when Chris first saw him in 2012. We see Luxon every year for a new prosthesis as he grows, and we'll see Best as well each trip to make him a new prosthesis. 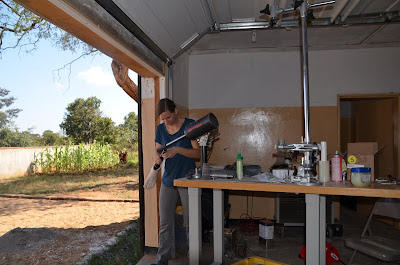 After the patients left, it was mid-afternoon. Carolin and I stayed up at the clinic to try to finish up the prostheses for Saturday's fittings. We got caught there during a brief rainstorm and the electricity went out. We ended up not quite getting done.

We would assemble the last 2 prostheses on Saturday morning before the patients would arrive from Choma.