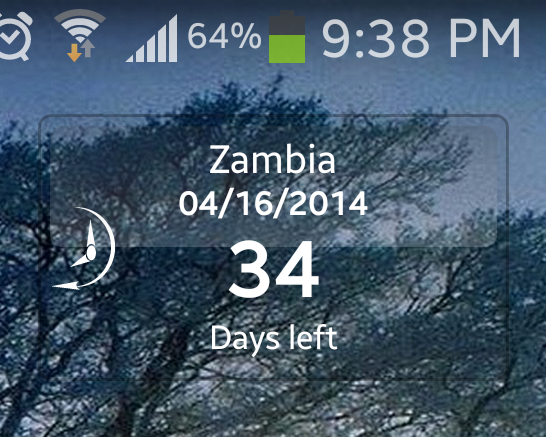 Robin (John's wife) is doing a prayer team for the mission. She emailed an update out yesterday. The crate should arrive by April 1st to New Day...yay! Also, a radio announcement has gone out to tell the surrounding areas that we are coming and when we will be there. The local radio station is a major form of communication in Zambia, so the best way to let people in the area close to New Day Orphanage know about the opportunity for amputees to get a prosthesis is to make a radio announcement. Here is what Robin sent out about the radio announcement:

Other news, New Day Orphanage has put an announcement out through the Macha radio station about the arrival of the Prosthetic Promises team. They have been receiving calls every day about leg and eye patients from the radio station.  The team will meet everyone on April 19th at the radio station and assess who can be helped.  Again, many people have high hopes for this service to make their lives easier.  Please pray for the hand of God to make the decisions.  The team wants to help everyone but only so much can be done in their allotted time, so they take the ones that can benefit the most from their work.  The hearts of the rejected people are broken and so are the hearts of the team.

My first thought on reading this: Whoa! Then I re-read it and thought it over more. So...yay! people are getting the announcement and responding, which is wonderful. We will be meeting everyone at the radio station to assess and choose who we can help. When John and Chris went in 2012, Blu (co-founder and co-director of New Day) had met with the people who responded to the radio announcement before they arrived and had already selected who could be seen. I'm sure this was incredibly difficult for Blu, though John and Chris had given him information and guidelines of sorts to help him in choosing who they could help. But now we're going to meet with everyone and decide. Oh the heartbreak! To meet all of these people and hear their stories, and then we may not be able to make a prosthesis for everyone. I pray there will be exactly the number of people who come that we can make a prosthesis for so we don't have to turn anyone away.

Other news from mine and Jason's end: we finally have all our vaccinations and medications in order. This took WAY longer and was FAR more complicated than necessary. The confusion was mostly my fault for not doing my research more thoroughly, but thank goodness it's done.